Mohandas Karamchand Gandhi is not a name but an emotion for every Indian and will be so for countless generations to come. Being at the very forefront in India’s freedom movement, the icon the world fondly calls Bapu has left behind a legacy for each one of us to abide by his ideologies and philosophies.

Over the years, countless filmmakers, over a host of diverse languages have attempted to recreate the magic of the Mahatma Gandhi on our screens with each one of them showcasing the different layers of his personality and contribution to India’s making both pre and post-independence. Today, October 2, marks his 151th birth anniversary and there’s no better occasion to watch 7 Indian movies based on his life and teachings that left behind an indelible mark on the foundation that this country stands on today. 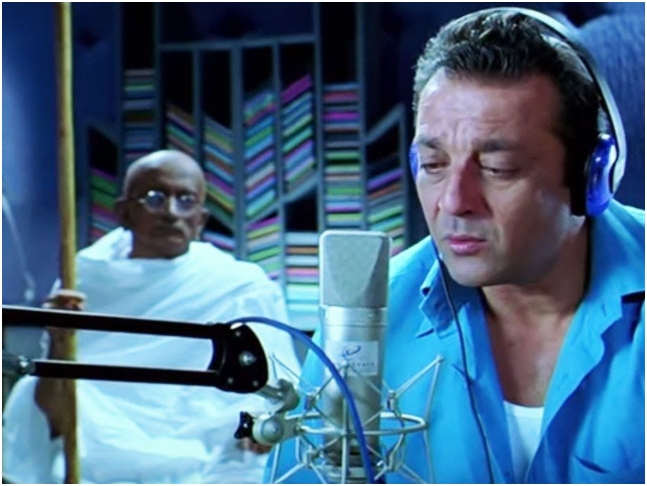 Perhaps the most entertaining and relatable picturization of Gandhian philosophies, this Rajkumar Hirani masterpiece won everybody's heart that year. Having packed a punch using his Gunda-giri in the 2003 film Munna Bhai M.B.B.S, Sanjay Dutt laid the path for each one of us to follow Gandhi-giri in its finest. When you have Bapu by your side, no problem seems too hard to overcome and that’s exactly what the film showcased leaving us with so many life lessons to implement. In today’s times where people resort to violence for the smallest of things, this comedy drama that reignites Gandhi’s philosophy on ‘non-violence’ is just what you need to have the perfect weekend. 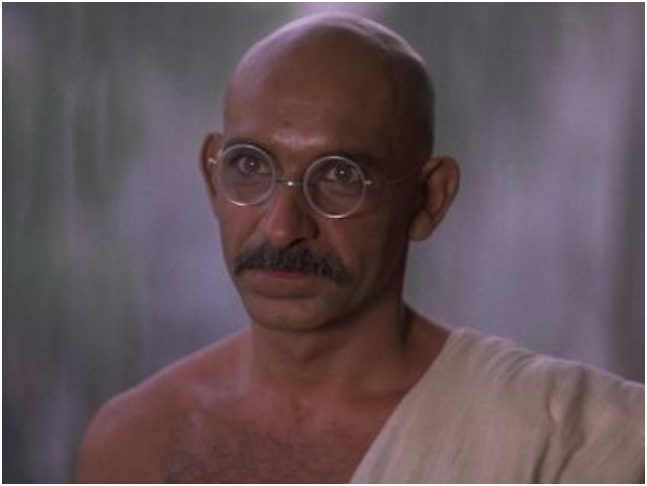 The first movie that comes to mind when we think of films based on Gandhi’s life is this 1982 British – Indian film directed by Richard Attenborough. The movie is based on Mahatma Gandhi’s life right from his birth till his assassination in 1948. Starring Ben Kingsley in the lead role, Gandhi was not only the first serious project on the life and contribution of this great man, but was also an enormous commercial and critical success going on to claim an incredible eight Oscars at the 55th Academy Awards that included Best Picture, Best Director, Best Actor, Best Original Screenplay, Best Original Screenplay, Best Art Direction, Best Cinematography, Best Costume Design and Best Editing. 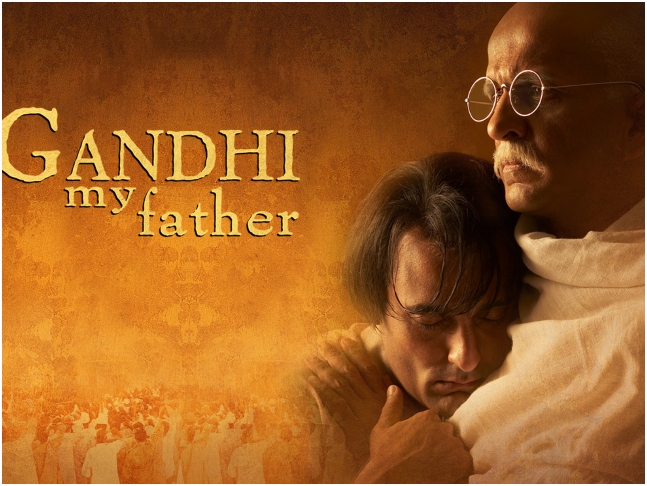 Based on the biography of Gandhiji’s own son Harilal Gandhi, this movie, released in 2007, attempts to focus on the strained relationship between Gandhi and his firstborn son. Along with sharing a fascinating insight into his life, the biographical drama also tries to show the power of Mahatma Gandhi and his struggle for India’s Independence. Directed by Firoz Abbas Khan, the movie has Darshan Jariwala and Akshaye Khanna playing the father-son duo. Earning rave reviews from critics, the film, through massively underrated sure ranks amongst the top Gandhi films to watch should one ask a follower of Bapu. 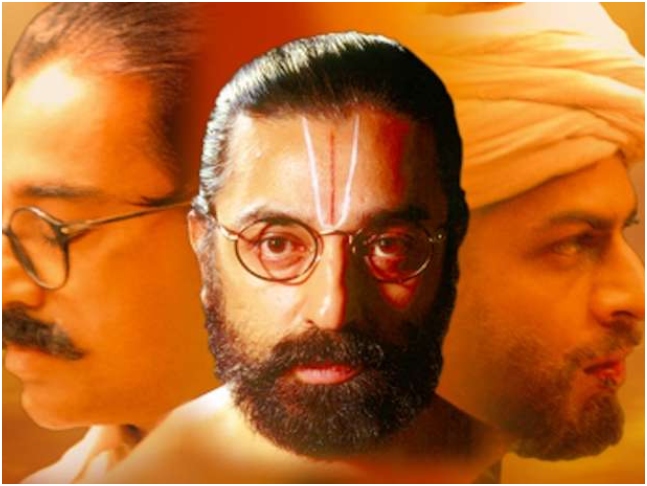 The historic drama made in 2000 was directed, produced, written and enacted by the multitalented Kamal Haasan. The movie takes us back during the time of Indian participation and Gandhiji’s assassination. The most beautiful part about the movie is its relevance to the current religious scenario that still prevails in some parts of India. With a stellar cast featuring Naseeruddin Shah as Gandhi, alongside Rani Mukherji, Hema Malini, Girish Karnad and Shah Rukh Khan in an extended cameo, this movie was well received by the critics and won three National Film Awards along with earning plaudits at various international film festivals. Adapted by the book of the same name, this 1963 film depicts the life of Nathuram Godse exactly 9 hours before he assassinated Gandhi and how the police tried their very best to stop it. It reveals a series of flashbacks on what led Nathuram, who was a freedom fighter himself, to think Gandhi was responsible for the killings of thousands of Hindus by the hands of the Muslims during the riots that took place during partition. What makes the movie all the more fascinating is that none of the actors in the movie were Indians as it mainly featured British, German and American actors.

The Making Of Mahatma 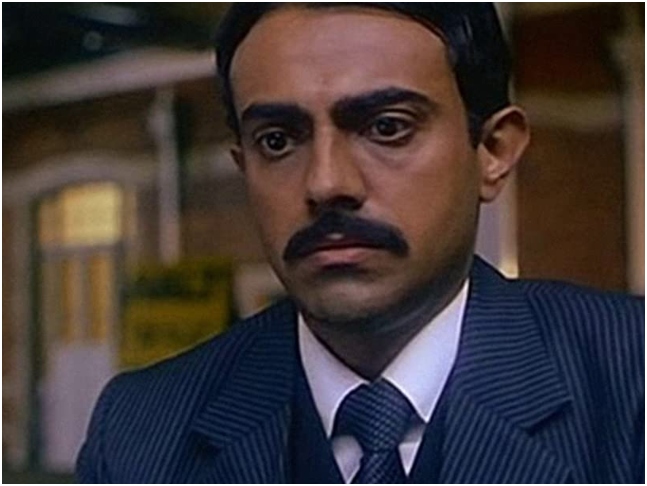 The 1996 film features the life of Mahatma. While fighting a case in South Africa, Mohandas Gandhi, a London-trained barrister, experiences racism and fights for the rights of Asian labourers, before taking a stand for India's independence. The film starred Rajit Kapur and Pallavi Joshi. The film won a National Award for Best Feature Film in English. 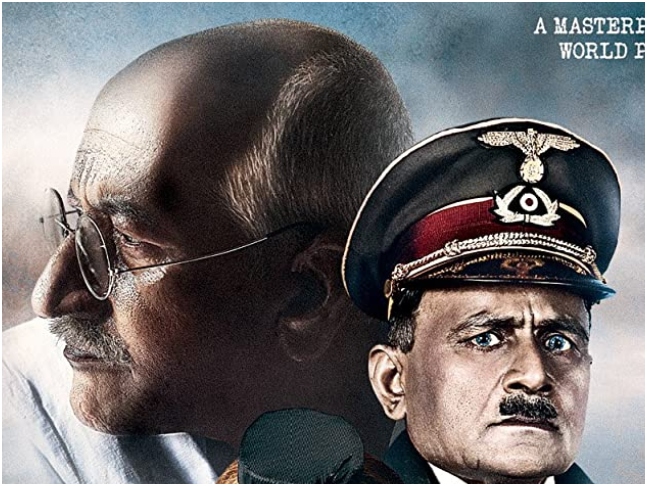 Gandhi To Hitler, that released in 2011, is an interesting multi lingual film based on the World War 2. The film is based on how Adolf Hitler tries to assist India in gaining independence from the British rule while Mahatma Gandhi writes letters to him to stop violence. It starred Raghubir Yadav as Adolf Hitler and Avijit Dutt as Gandhi.