This is the feeling we all are familiar with when it comes to the diva extraordinaire Kareena Kapoor Khan. Casting magic with good looks, good looks and good looks, Begum K is no less than an enchantress whom nobody has ever dared to ignore. Be it her on-the-nose attitude confessions or proving her acting prowess, the luminous and hypnotic star who is the fourth generation of the Bollywood's first film family - the Kapoors, has been an important asset to the film industry for the last two decades. The granddaughter of showman Raj Kapoor, Kareena transformed from a cherubic sweetheart to a bonafide superstar at forty. Holding her own in rough terrains times, personally and professionally, Begum K has been shattering norms one day at a time! 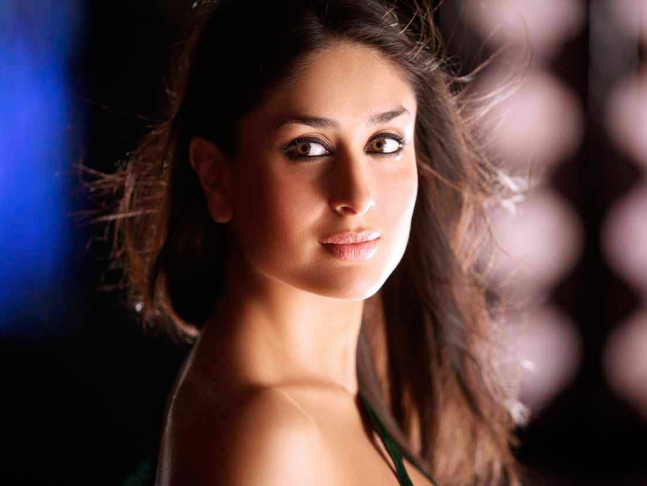 Making kaun hai voh jisne Poo ko dobara mudkar nahi dekha a phrase that justifies every girl’s mood and diva attitude, Kareena is nothing but our soul sister. The mother of the nation's most-photographed baby star Taimur, Begum K is nothing but extraordinary.

After a bitter breakup with Shahid Kapoor, Kareena found love in a much older Saif Ali Khan, who already had two grown-up children. Despite hurdles and obstacles, Kareena listened to her heart and the rest is history. Bebo, as she is fondly addressed by all, is unfiltered, cool, spunky, bold and of course, Bebolicious! Summing up all our moods with her varied statements, there can’t be yet another one like her!

Today, as Kareena turns 40, let’s take a look at what makes her an all-time favourite with women of all ages! 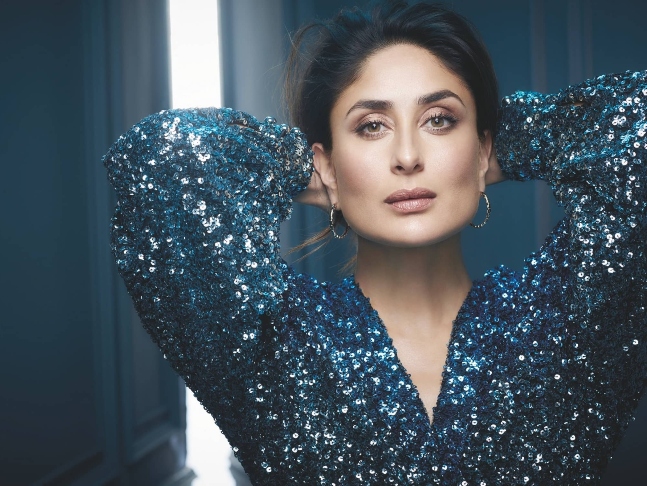 1. Kareena was named by her mother after a novel by Leo Tolstoy titled Anna Karenina. The Kapoor family is famous for its unique nickname in Bollywood. Randhir Kapoor, Kareena’s father nicknamed her as Bebo.

2. Not Refugee, but Kareena was to make her debut along with Hrithik Roshan in Kaho Naa... Pyaar Hai. However, opting out of the film, Kareena signed a rather unconventional Refugee because she wanted to break the debut stereotypes, clearly!

3. Kareena, born to the first family of Bollywood, had dreams of becoming an actress since the age of 4. In an interview, she mentioned that her grandfather late Raj Kapoor was sure that she is born to shine on the silver screen! 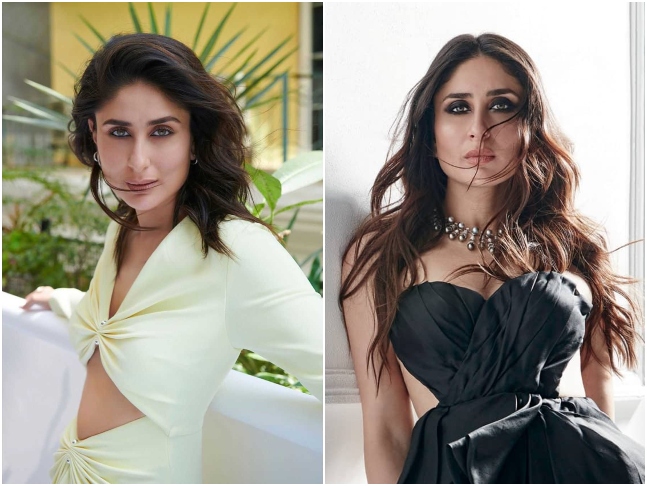 4. After graduating from the then top-performing schools, Welham Girls' High School in Dehradun, Kareena studied Microcomputers and Information Technology for three months at Harvard Business School in the USA but left her education midway to pursue her only love - acting.

5. Not only acting, but Kareena also wanted to become a lawyer and also enrolled at the Government Law College in Mumbai and that’s when her long-lasting passion for reading developed.

6. Breaking past unspoken rules in the Kapoor khandaan that bahu-betis can’t act, Kareena went on to complete two decades in the industry in July 2020.

7. Kareena's iconic role, Poo aka Pooja from K3G, which has become synonymous to her name, is apparently the actress's least favourite part she has played on-screen to date. 8. With the role of a prostitute early in her career in Chameli followed by a non-glam avatar in Dev, Kareena set the record straight - she was here to play the game by her rules. Not to forget, belting out blockbusters is her forte!

9. Kareena is a self-confessed 'lazy' actor, who signs films at her own convenience. What more to say, she has turned down some of the biggest blockbusters in the industry - Hum Dil De Chuke Sanam, Kal Ho Na Ho, Fashion and more. But, no regrets!

10. Did you know Shahid Kapoor was the one who encouraged Kareena to sign Jab We Met? Well, we can’t thank him enough! Geet is bae.

11. In her 13th year in the industry, Kareena was honoured by the British Government and the newspaper Asian Sunday in 2013 for her contribution to the global entertainment industry.

12. Giving a high-end designer outfit a skip, Kareena surprised all by opted for her mother-in-law Sharmila Tagore’s wedding trousseau for nikaah to Saif. 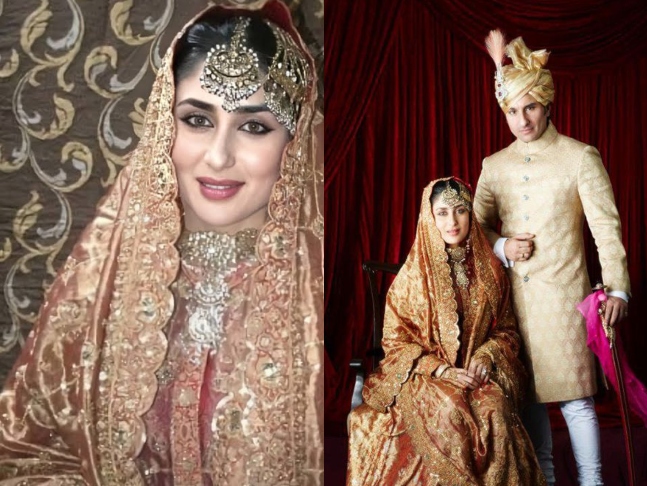 13. When getting a wax statue at the Madame Tussauds was nothing but a novelty and of course matter of pride, our Queen of Bollywood was among the first few actresses to get one in London. Her wax replica was unveiled in 2011 and resembled her look in the song Mauja Hi Mauja from Jab We Met. She later got it revamped in the year 2014 after handing over her famous red saree from Ra. One’s Chammak Challo song.

14. Kareena is Kareena and there can’t be another like her! Brutally and hilariously honest, no other Bollywood actress can call spade a spade the way Bebo does it. She left eyes rolling with her statement sab bus pakad ke jaa rahe hai (to Hollywood) during an episode on Koffee With Karan 5, hitting out of the park with B-Town's obsession with making it big overseas.

15. In her honest best, Kareena put her stand that she can’t do what her contemporary Priyanka Chopra Jonas did and has no intention or ambition to leave her son Taimur behind and start from scratch in Hollywood.

16. At the peak of her career, Kareena made her television debut with Dance India Dance 7 last year, and rightfully crowned as the highest-paid actress of the small-screen as a reality show judge. Not to mention, the show was a smashing hit. 17. Coming from the Kapoor family, and a bonafide foodie, Kareena introduced the nation to the concept of ‘size zero’ figure while filming Tashan.

18. By penning Style Diary Of A Bollywood Diva, Kareena allowed her fans to take a sneak-peek into her fashion-forward and divalicious life like never before.

19. Starting a fitness rage among women, Kareena teamed up with nutritionist Rujuta Diwekar to make all believe that we need to look beyond the weighing scale and eating clean and local is all it takes. 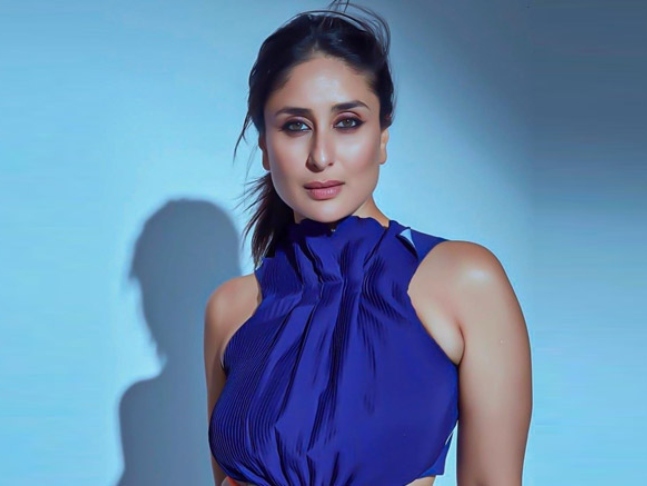 21. At the peak of her career, Kareena was advised not to get married as that would bring her reign as the leading lady to an end. However, proving all notions wrong, she went ahead to marry the love of her life. Similarly, her pregnancy was called as the end of her career, but four years later, and expecting for the second time, Kareena is ruling the roost.

22. Talking about her husband Saif’s children from his first marriage, Kareena always maintained her stand that she isn’t their mother-figure but a friend. The actress shares a close bond with Sara Ali Khan, Saif's eldest child and is her confidante who never leaves an opportunity to push her ahead in her career.

23. While she was pregnant with Taimur, Kareena never allowed her work commitments to suffer. She slammed the media for creating unnecessary hype around her pregnancy while adding that 'she is pregnant and "not a corpse"' so she will continue working. 24. What can one say, Kareena appeared on Koffee With Karan 5, twenty days before giving birth to Taimur, taking the audience, internet by storm! Not many know, the actress was shooting for Veere Di Wedding three days to her delivery!

25. A flagbearer of women empowerment, the boss lady aka Begum of the Pataudi family was the first Indian actor to unveil the ICC Women's T20 World Cup trophy in Melbourne last year.

26. After years of staying incognito in the social media world, Kareena made her official Instagram debut in March 2020. Currently, she has 4.3 million followers (and counting) on Instagram!

27.  With her first radio show titled What Women Want, Kareena took a step ahead in encouraging women to disclose what they go through and proved that everyone has the right to live their lives on their own terms. 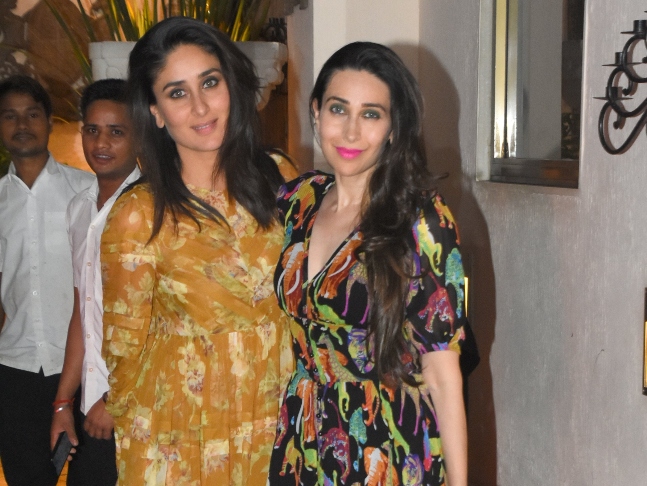 28. Bollywood celebrities are known to use their social media accounts to share glamorous pictures. However, Kareena decided to treat her fans with sneak-peeks into her personal life. From no-makeup sun-kissed selfies to home remedies for glowing skin, she opened the door of her life.

29. Kareena says she was born to act and that she will hopefully do it till the end of her life, like her idol Zohra Sehgal, who performed till her last breath, 102!

30. As an effort to give back to society, Kareena was appointed as UNICEF celebrity advocate in 2014 for supporting quality education in India.

31. We can’t thank her enough for preaching the importance of self-love through characters like Poo and Geet! Well, she even taught that mismatched pair of heels can be nothing but cool! She was the first actress to launch her clothing line, in association with Globus. Kareena is responsible for introducing trends like fishnet, a T-shirt with Patiala pants, slogans of films on a T-shirt and gave a glamorous twist to the otherwise boring pregnancy wardrobe.

32. Kareena is the ultimate sass queen and her statements have never failed to drop the bomb. Sample a few:

- “Most leading men in the industry have a lot of money. Not sure about brains.”

- "I am not a home breaker and I can never be. I haven't been brought up to create havoc in other people's homes."

33. In the early 2000s, Kareena has had her share of catfights. Be it calling her Ajnabee co-star Bipasha Basu a 'black cat' or questioning Priyanka Chopra's accent on National television and declaring that her film is better than Priyanka's - "My Heroine is better than Fashion"!!

34. Joining the likes of Sridevi, Tabu and sister Karisma Kapoor, Kareena was felicitated with the coveted Smita Patil Memorial Award for her contributions to the Hindi Film Industry in 2006. 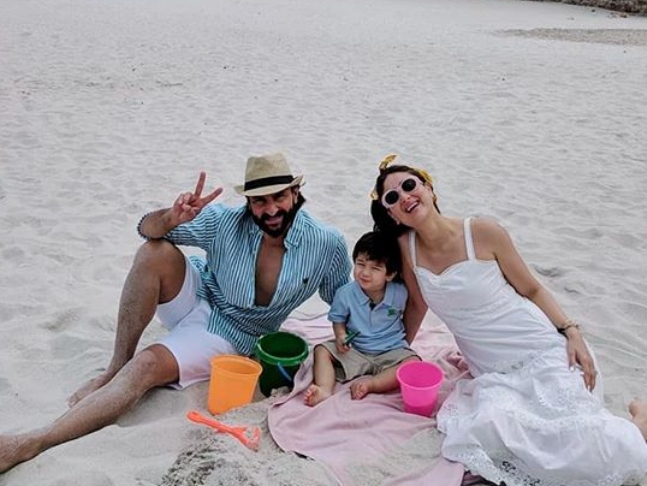 36. Kareena's favourite comfort food is a hot plate of rice and dal, made at home, with a bit of ghee on top and maa ke haath ka aloo paratha. Kareena, who is vegan, absolutely gorges on ice -creams. Sigh!

37. Kareena was in hot water back in the 2000s due to a leaked MMS featuring her then-boyfriend Shahid Kapoor and she caught in a nasty lip-lock. What could have been a career-ending move, Bebo faced the world with zero fucks and never cared to give any explanations to anyone, to date.

38. Kareena has six Filmfare trophies under her credit honoring her skills as one of the best actresses of our generation. 39. As per reports, Kareena's net worth amounts to over 600 crores. Currently, she is associated with over 15 brands, apart from the staggering fee she charges for her films and TV appearances.

40. We can’t thank Kareena enough for those relevant dialogues that prove every girl is a queen of her own kingdom!