Independence Day 2020: ‘Gunjan Saxena: The Kargil Girl’ ‘to ‘Neerja’ - women-led patriotic films that will make you yell ‘You Go Girl!’

Indian cinema has some applaud-worthy and impassioned films that do a great job of evoking patriotic feelings. These films have not only lit up the box office when they released but do a great job of infusing the youth with respect for the freedom fighters and soldiers and ensuring that they come to know about our country’s history. These patriotic films are great archives of forgotten heroism and history of India and plays a significant role in encouraging the youth to become nation builders. Traditionally, when we think of Bollywood patriotic films, male heroes spouting lengthy monologues on patriotism or fighting the British or Pakistan comes to mind. Manoj Kumar, Sunny Deol and Akshay Kumar films are usually the staple fare to watch on Independence Day.

However, of late there have been several women-led films that have managed to rule the roost and brought to fore the realization that the Indian struggle for Independence was not only a men-led troop, fighting and sacrificing on the battle ground. Swadeshi movement’s success hinged a lot on women. Chandrashekhar Azad and Bhagat Singh had Durgavati Devi aka Durga Bhabhi as an accomplice. Netaji Subhash Chandra Bose’s Indian National Army had Captain Lakshmi Sehgal. Rani Laxmi Bai, Jhalkari Bai, Savitri Bai Phule, Sarojini Naidu, Begum Royeka, Kittur Rani Chennamma, Sucheta Kriplani etc are just some of the female freedom fighters of India. Here are some of the women-led patriotic films from Bollywood that have managed to break the stronghold of male heroism and emerged as blockbusters. 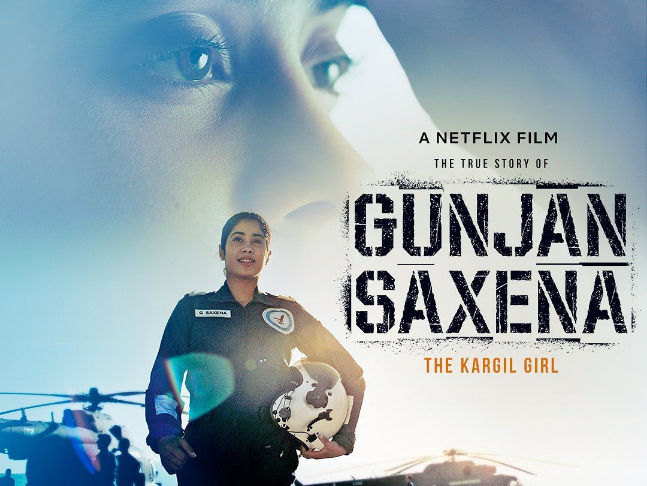 Gunjan Saxena created history and changed the course for Indian women hoping to join the defence services when she flew a Cheetah chopper into combat during the Kargil War. She became the first Indian Air Force woman pilot to go into war. She was awarded the Shaurya Chakra for her unique distinction. Gunjan Saxena: The Kargil Girl is the biopic that released on her life. Janhvi Kapoor’s turn as the titular character earned her accolades from the critic as well as the audience. The film depicts the trials and tribulations of the main character right from fighting through her family members’ stereotypical mindset, to society’s and finally bringing the change for women commissioned officers in the IAF. The film has IAF at its heart and core and whoever negates it has not been able to grasp the real patriotism shown in the film. Gunjan Saxena: The Kargil Girl infuses the right spirit of devotion towards the country and inspires and motivates not only young girls but everyone to perform to the best of their abilities to further the advancement of the nation. Alia Bhatt was the perfect Sehmat in Meghna Gulzar’s directorial Raazi. The film based on the true story of a female RAW agent is the screen adaptation of Harinder Sikka’s novel Calling Sehmat. Raazi had Alia get married into a family of Pakistani military officials and pass on crucial intelligence information to India during the Indo-Pakistan War of 1971. Alia managed to portray the steely grit and determination needed to take up the dangerous assignment and yet seem vulnerable and emotional. 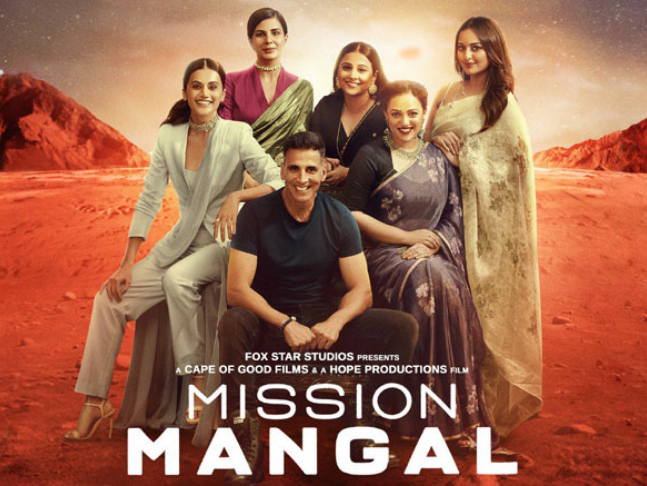 Mission Mangal showcased the triumph of not one woman but many women. These women were not fighting on the battlefield or laying down their lives for the country fighting invaders or oppressors but rather were trying to take the country to new heights by sending India’s first interplanetary expedition to Mars. The film is loosely based on the life of women scientists at the Indian Space Research Organisation who contributed to the Mars Orbiter Mission and featured and Sharman Joshi in the lead. The film evokes patriotic feelings in a way that common citizens can aspire and emulate to, after all, it is not only through laying our lives at the border can we do something worthwhile for our country; small actions and working towards the development of the nation is also a way of showing patriotism and courage which needs to be celebrated as well. Kangana Ranaut brought to life one of the most heroic tales of Indian freedom struggle. Manikarnika: The Queen of Jhansi brought to life the dramatic retelling of the saga of Rani Lakshmi Bai as well as Jhalkari Bai (played by Ankita Lokhande) who fought in the first war of independence in 1857 and started the uprisings against the British Raj. Kangana’s turn as the ruler of Jhansi who defied the English forces earned her a lot of appreciation and acclaim. Sonam Kapoor played the role of Neerja Bhanot, the head purser of Pan Am Flight 73 that was hijacked in Karachi, Pakistan on September 5, 1986. Neerja thwarted the hijack attempt by alerting the pilots, thus grounding the plane and managed to help save 359 of the 379 passengers and crew on board. However, she lost her own life in the process. Sonam received a Special Mention Award for her gritty performance in the film Neerja at the 64th National Film Awards. 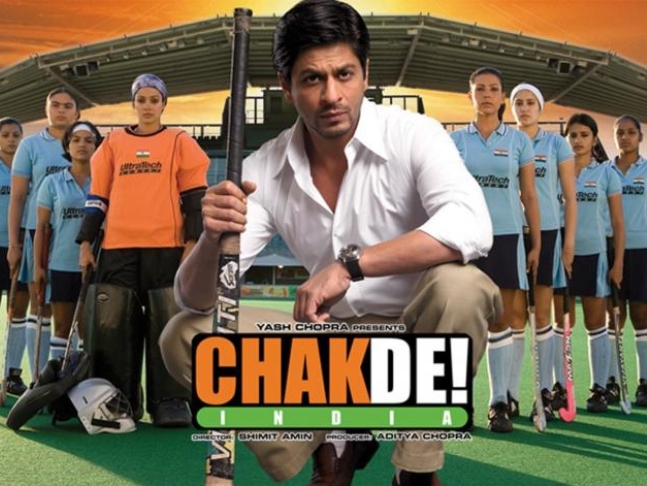 Although Chak De! India had Shah Rukh Khan in the lead but the film rested on the shoulders of 11 women hockey players. The film was a fictitious sports film on India’s women’s national field hockey team, which was inspired by the team’s win at the 2002 Commonwealth Games. It explored the themes of regionalism, sexism, feminism, state-divide, religious bigotry, racism, and ethnic and regional prejudice. Chak De! India has become an iconic film and the onscreen names of its characters have become a part of the popular culture and synonymous with the actors who played them.

Besides the above mentioned films there are two more that portray strong women characters that stand for patriotism. Gayatri Joshi’s turn as Geeta from Ashutosh Gowariker’s Swades deserves a mention. Although the film is known for Shah Rukh Khan’s change of heart and perception about India and how he comes back from NASA to work for India after realizing that he could never be at peace staying away from his own country, it was Geeta who made him realize this monumental fact. She is shown as upright, educated, modern yet rooted in her culture, traditions and values and for that Gowariker deserves a special ovation. 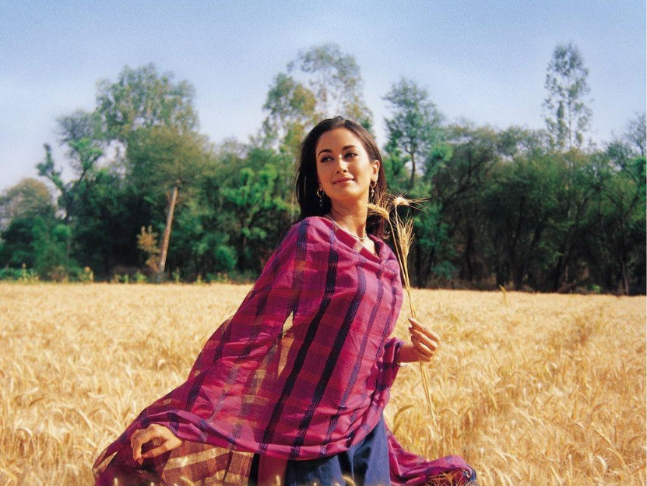 Very often in Bollywood when filmmakers have to show a modern woman they show someone who is westernised in her choice of clothes and demeanour but Gayatri’s Geeta was smart, a whiz at Mathematics and a treasure trove of knowledge about India. She never bows down and states in no uncertain terms to SRK’s Mohan Bhargav that she will never leave her country to settle in a foreign land instead of developing and solving problems at home. If that isn’t patriotism and courage then we don’t know what is. 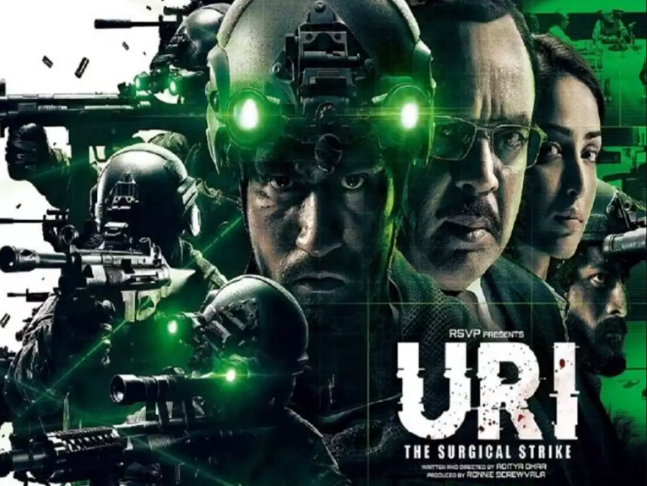 The second film that showed not one but two fearless female characters that will do anything for their country is URI: The Surgical Strike. The film based on the Uri surgical strikes of 2016 had Vicky Kaushal in the lead, fighting and killing terrorists in POK but it was Yami Gautam’s steely character that provided the intelligence and strategy to him. She was on-point, calculative, ruthless as well as confident and for the portrayal of her intelligence officer role she deserves a slow clap. Kirti Kulhari also had a pivotal role in the film. She played an IAF pilot who demolished the targets and helped in evacuating the soldiers from the line of fire.

Watch these films to celebrate a glorious Independence Day!