Advertisement
HomeFeaturedBirthday Special: 10 powerful statements by Ekta Kapoor, the woman who changed the face of Indian Television, one show at a time!

Birthday Special: 10 powerful statements by Ekta Kapoor, the woman who changed the face of Indian Television, one show at a time!

Ekta Kapoor needs no introduction. Indian television's most powerful producer, the woman behind 'Balaji Telefilms Limited', started her career at the age of 15, and today, as she is turning 45, rules TV, and now web domain, like none other.

Daughter of veteran superstar Jeetendra, Ekta tasted success with 1995 Hum Paanch and changed the face of TV, literally, in 2000, with TV's most popular and longest-running family drama in Kyunki Saas Bhi Kabhi Bahu Thi. Since then, she has created and produced more than 130 daily soaps, completing over 15,000 hours of television content since its inception. For a decade (between 2000-2010), the czarina of TV ruled every primetime slot, and keeping up with her superstitions, she named all her serials from the letter 'K'. In a career spanning over 25 years, Ekta has belted out some of the most popular shows on as Kahaani Ghar Ghar Ki, Kasautii Zindagii Kay, Kahiin To Hoga, Kasamh Se, Pavitra Rishta, Bade Acche Lagte Hain, Yeh Hai Mohabbatein, Jodha Akbar, Naagin, Kumkum Bhagya to name a few.

Ekta ventured into Bollywood films in 2001 but unlike TV, tasted unparalleled success after two long decades in 2018, as a co-producer with Veere Di Wedding starring Sonam Kapoor and Kareena Kapoor. Always a pioneer in evolving mediums in entertainment,  Ekta launched ALT Balaji Alp, the web division in 2017, and has produced over 55 shows in the last three years with nearly 100+ content in the pipeline.

She was listed amongst the ’50 most powerful women in Asia’ by Forbes (2012). Ekta was honoured with the fourth highest civilian honour, Padma Shri, in 2020. In the year 2019, she also welcomed a baby boy named Ravie via surrogacy.

Known for being a perfectionist, champion of women's rights, breaking the glass ceiling, Ekta always refused to mince her words, calling spade for a spade. In lieu, she gave us some admirable statements, which hits the bullseye.

Let's have a look! 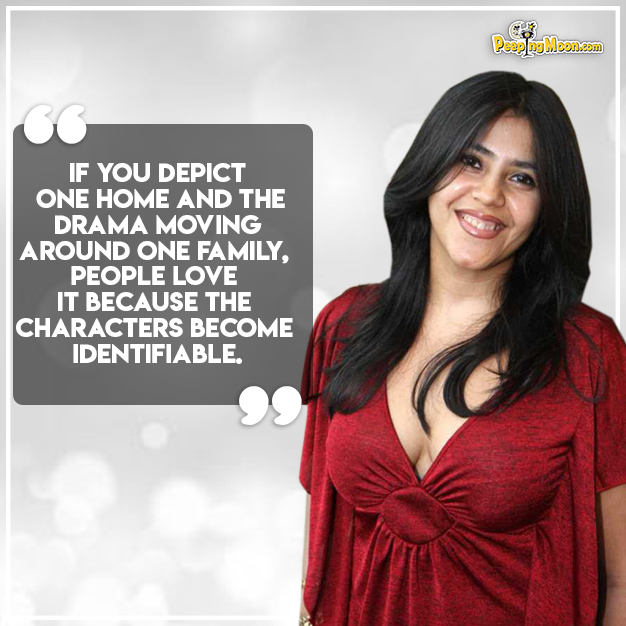 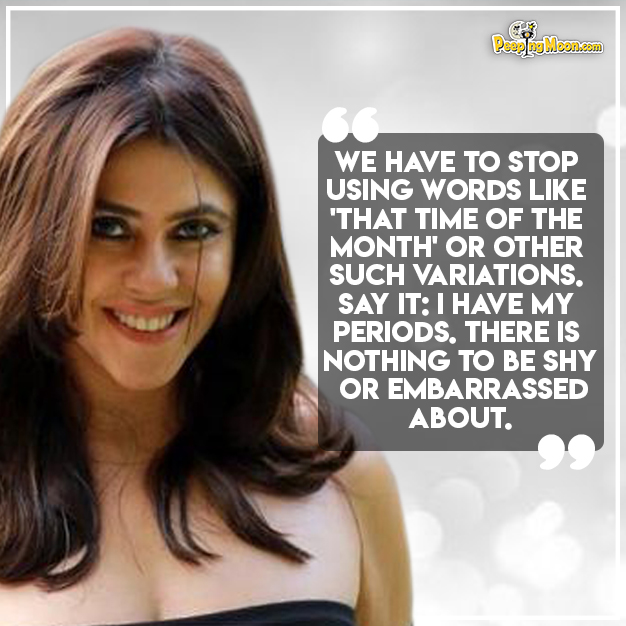 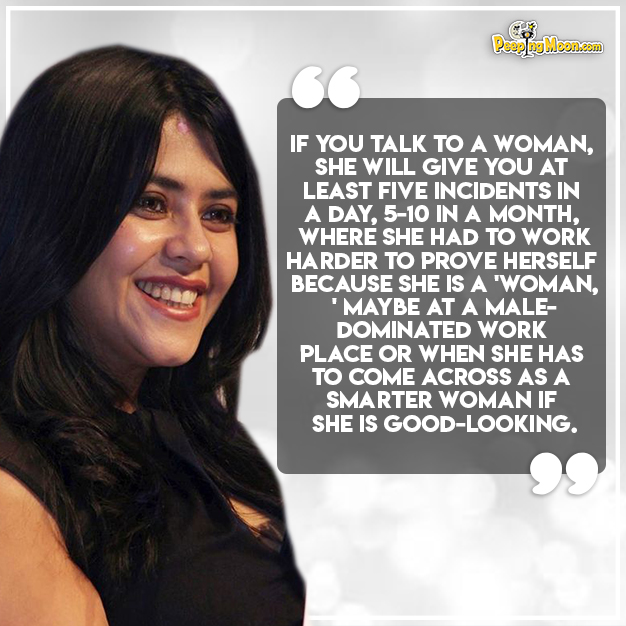 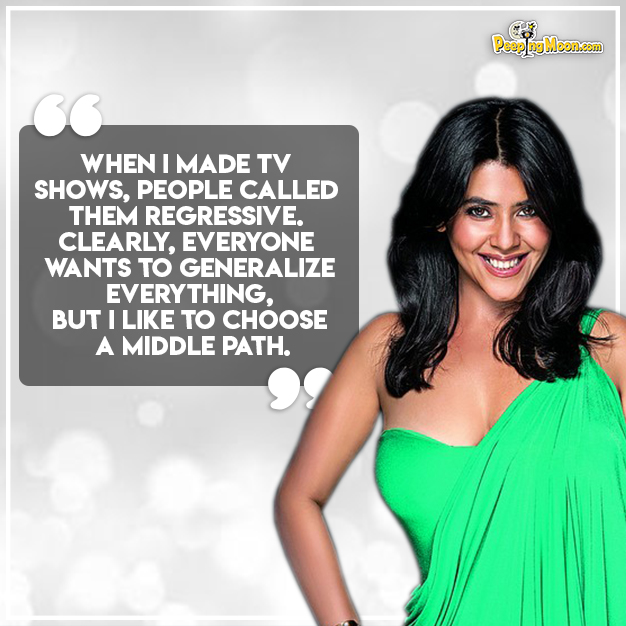 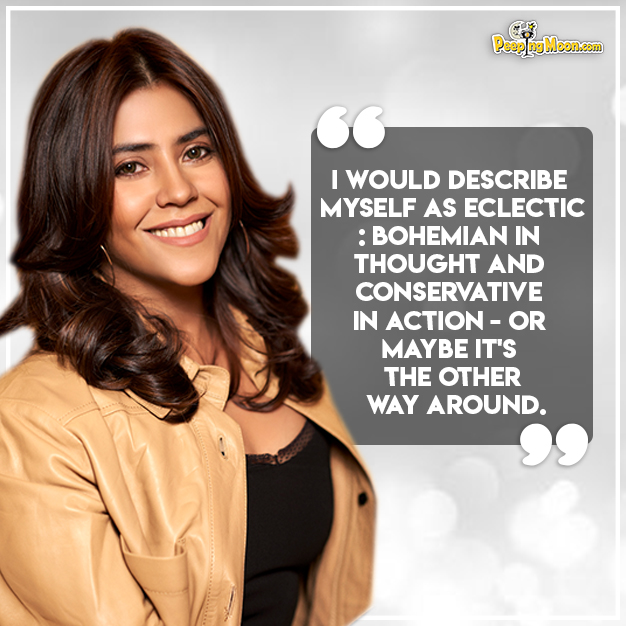 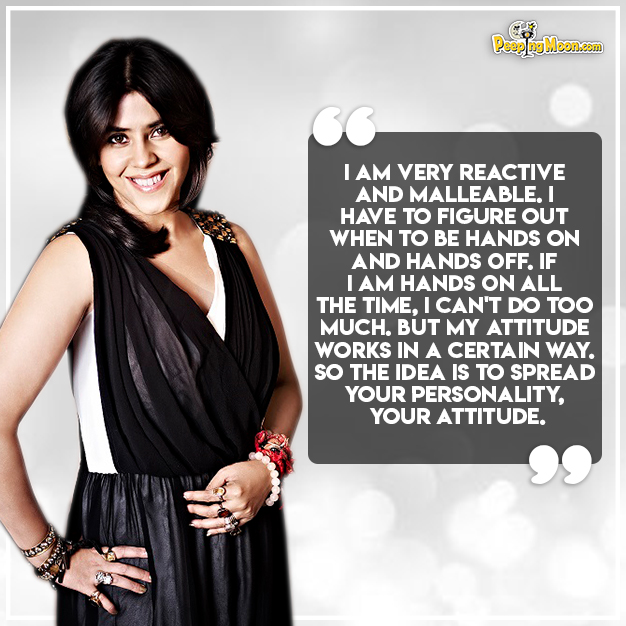 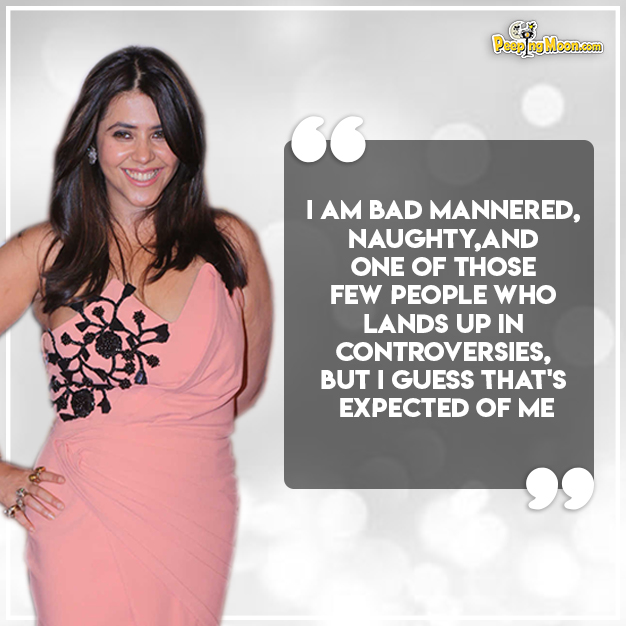