The Indian television has always been under the limelight for its ever-popular saas-bahu shows. While the audience is accustomed and delighted to watching such content on a daily basis, criticism is also a regular affair. However, it will be wrong to say that our television is just hosting programs that speak ill of the mother-in-law and daughter-in-law relationship.

Today, as the world celebrates Mother’s Day, PeepingMoon.com revisited 8 ‘saasu’ who were just like ‘maa’ to their bahus. From Maya Sarabhai’s and Monisha’s bitter-sweet relationship to Ishita Bhalla’s- Santoshi’s lovable bonding in Yeh Hai Mohabbatein, here are our unconventional and endearing saas-bahu jodis.

One of the iconic shows of early 2000s', Sarabhai Vs Sarabhai shattered many stereotypes. It brought to fore a different and quirky relationship between a mother-in-law and daughter-in-law. Maya Sarabhai (Ratna Pathak Shah), a high-class lady sought opportunities to judge her son’s middle-class wife Monisha (Rupali Ganguly) within the snap of a finger, with dollops of humour. For once, the sarcasm was a melody to our years! Not 'middle class', at all! 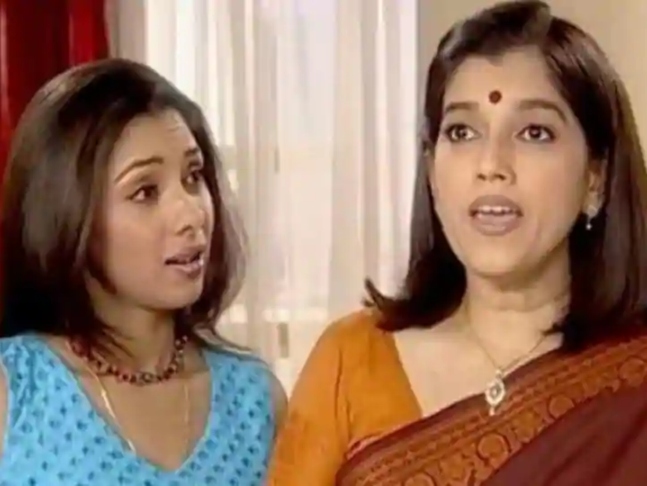 As viewers would have expected the mundane saas-bahu drama where the former tries to demean the latter, but sorry, nothing of that kind happened in Yeh Rishta Kya Kehlata Hai. A young, impressionable Akshara (Hina Khan) is guided by her mother-in-law Gayatri (Sonali Verma) to adjust into a joint family as a young bahu, being her constatnt support and cheerleader. 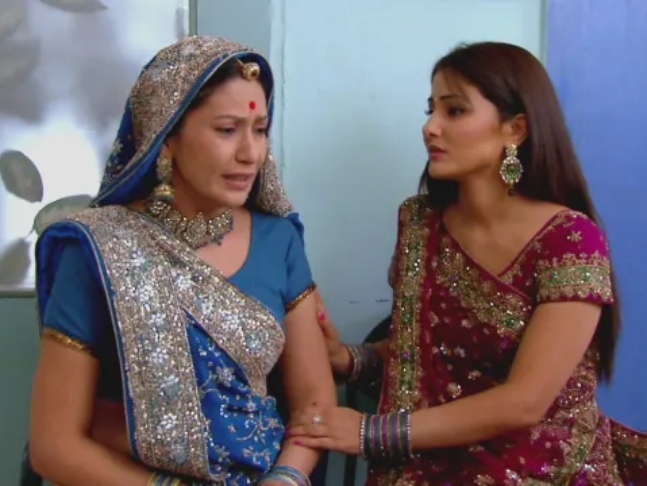 Although Kokila (Rupal Patel) was a strict and disciplinary mother-in-law, she was responsible for making a demure Gopi (Giaa Manek/ Devoleena Bhattacharjee) a confident woman. She not just stood for her daughter-in-law’s dignity but ensured no evil touches her. A woman of fewer sweet words, Kokila and Gopi's relationship was one of it's kind for TV viewers. 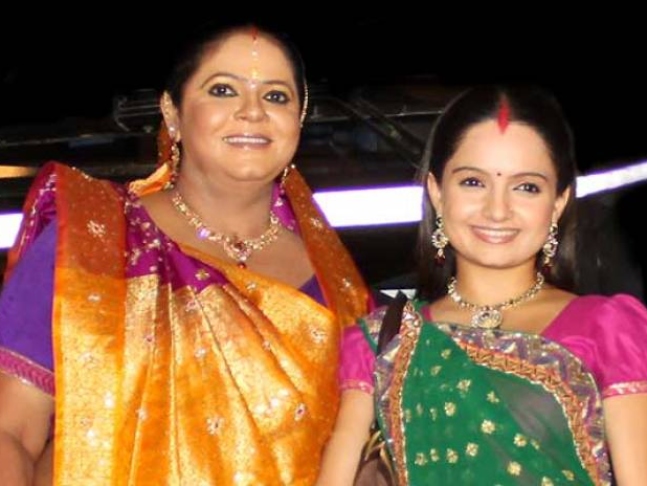 Sumitra (Smita Bansal) wasn’t Anandi’s mother-in-law but her friend. Having understood the difficulty of child-marriage, Sumitra steps into the shoes of Anandi’s mother. Her bonding with her little daughter-in-law (Avika Gor/Pratyusha Banerjee) was endearing, breaking the stereotypes of bahus the TV suffered for the longest time. That's different that Sumrita's own mother-in-law, essayed by Surekha Sikri, was a complete contrast! 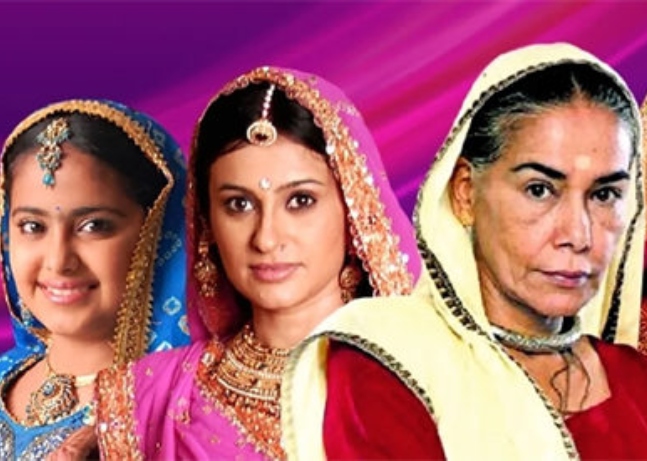 The bonding of Dr. Sonakshi Bose (Erica Fernandes) and Ishwari Dixit (Supriya Pilgaonkar) was one of the highlights of the show. Ishwari, in the beginning, found it difficult to make room for Sonakshi in her son Dev’s life. However, on realising her mistake and possessiveness, she grows fond of her daughter-in-law. With her own share of insecurities and no ulterior motive against Sonakshi, Ishwari shared an emotional bond with her daughter-in-law. 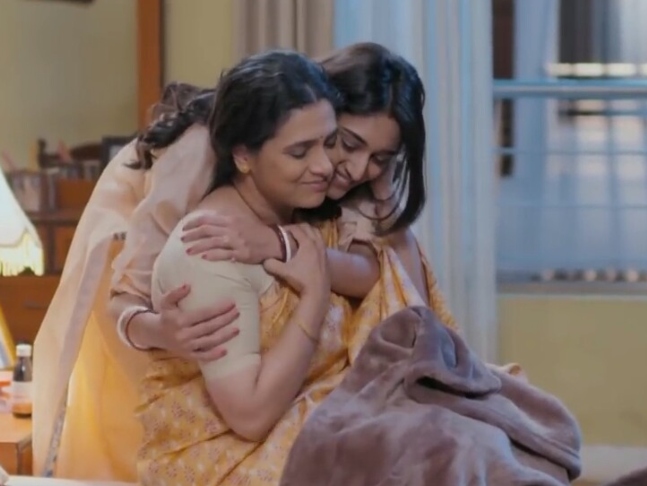 The bitter-sweet relationship between mother-in-law Devaki (Reema Lagoo) and daughter-in-law Radha (Supriya Pilgaonkar) stole our hearts. It wasn’t just engaging to watch them quarrel but also made us believe that the two are related to each other in real too. The show was a fresh and brilliant take on the relationship, a brilliant take on the real life quarrels of saas-bahu, topped with hilarious situations. 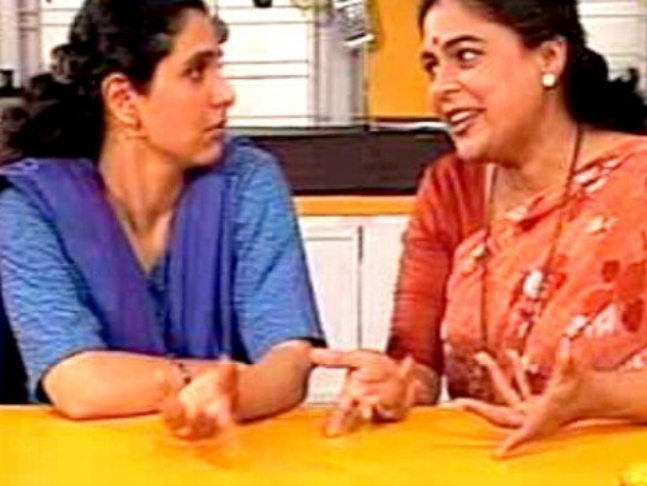 Endearing, sweet and all things fun, that’s how Santoshi Bhalla’s (Shahnaz Rizwan) relationship was with Dr. Ishita Iyer Bhalla. Through the daily soap, the two reminded us that saas-bahu can be friends too who support each other during unforeseen circumstances. Sharda Modi (Poonam Dhillion), an illiterate demure housewife, got a best friend and teacher in daughter-in-law Sakshi (Krystle D’Souza). Sakshi left no stone unturned to uplift the spirit of her mother-in-law when taunts from her own family members bogged her down. 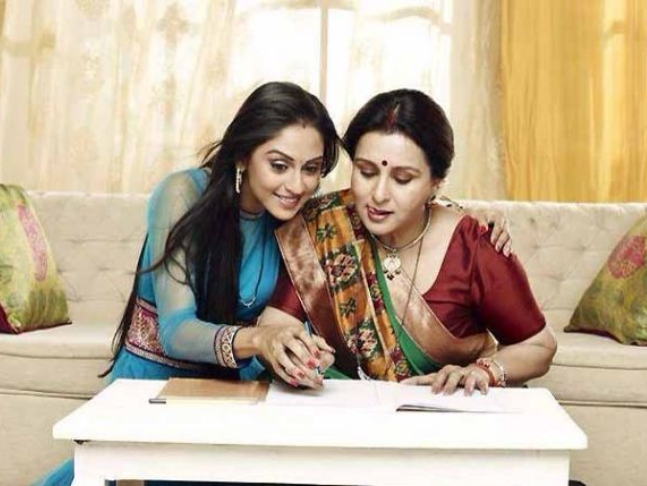 The matriarch of the Thakkar family, Godavari (Sarita) shared a unique relationship with her daughters-in-law Leela and Meenakshi. Both of them belonging to different socio-economical stature, they were united by Godavari’s understanding and maturity with which she handled her family.