Advertisement
HomeFeatured‘Khullam Khulla Pyaar Karenge Hum Dono,’ said Rishi Kapoor and Neetu Kapoor to each other - A rewind to their epic lovestory!

‘Khullam Khulla Pyaar Karenge Hum Dono,’ said Rishi Kapoor and Neetu Kapoor to each other - A rewind to their epic lovestory!

Veteran Bollywood actor Rishi Kapoor breathed his last on Thursday, April 30, 2020. He passed away in the morning. He was diagnosed with cancer in 2018 and had undergone extensive treatment in New York. His wife Neetu Kapoor who stood by him through thick-and-thin was beside his bedside when he breathed his last.

Rishi's and Neetu's marriage is a benchmark against the fleeting marriages in the showbiz. Their love story is no less than a fairy tale and even though they faced many ups-and-downs in their relationship they always managed to overcome them and stick with each other. They were married for close to forty years and have two children- a daughter Riddhima Kapoor Sahni and son and actor Ranbir Kapoor.

How did they meet? 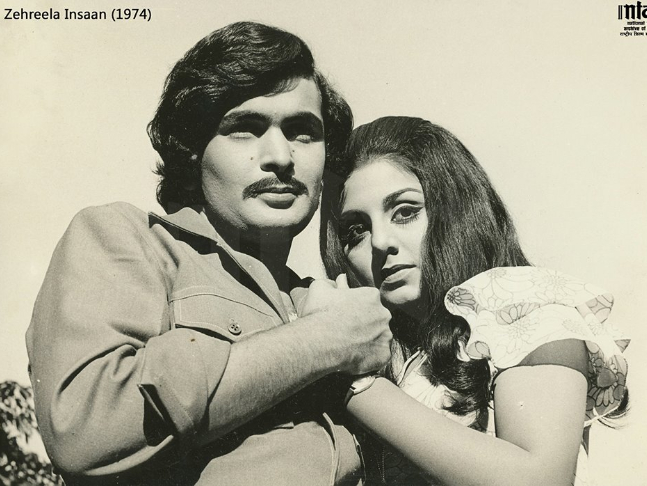 The veteran actor and Neetu Singh's love story dates back to 1974 as both were cast opposite each other for the first time in Puttanna Kanagal's Zehreela Insaan. With Neetu, Rishi developed a strong friendship as he used to share his secrets with her and even took her help to win back his old girlfriend at the time. He used to take Neetu's help in writing telegrams to his then-girlfriend while the two were shooting for Zehreela Insaan. However, things took a different turn. Recalling the time, Ishi had said, " As time passed, I began to realise that Neetu is the one for me as I began to miss her when I had gone to Europe for a shoot. Ironically, I sent her a telegram from Europe to Kashmir saying 'Yeh Sikhni badi yaad aati hai'." 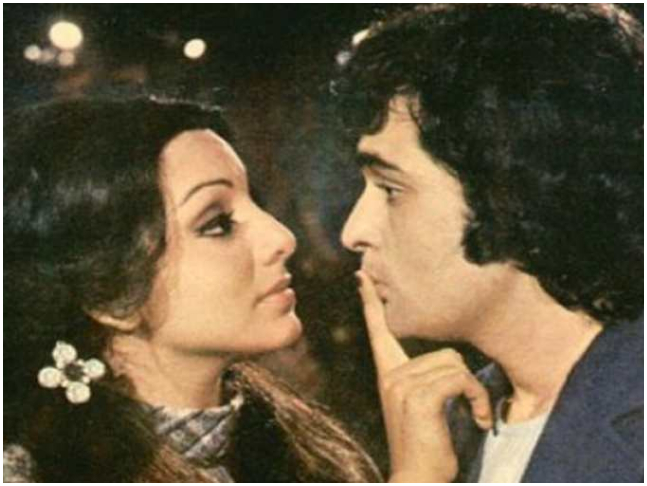 However, Neetu has a different take on their initial interactions. She had said, "I had a horrible first meeting with Rishi Kapoor. He had a habit of bullying, so he would comment on my make-up and clothes, and I'd feel angry. He was actually a brat who would bully everyone and I was very young at that time. I used to be furious with him."

Films they worked on together 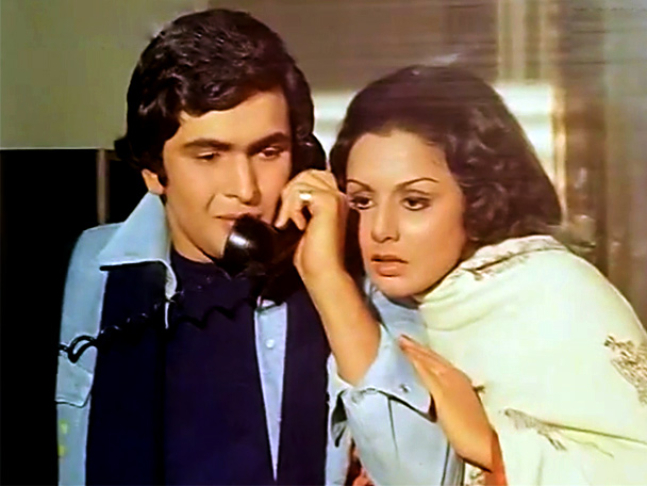 Rishi and Neetu were a hit jodi in Bollywood. They were cast in numerous films together and gave several hits. Besides Zehreela Insaan they worked together in films like Amar Akbar Anthony, Khel Khel Mein, Kabhi Kabhie, Love Aaj Kal and Do Dooni Chaar.

Neetu had revealed that her mother was immensely protective of her and hence used to send her cousin Lovely on dinner dates with Rishi. Recalling her initial days of romance, Neetu had said, "I don't remember the exact moment. But I had signed a lot of movies. I was starting to gain confidence. My mother was very protective of me and used to send my cousin Lovely on my dinner dates with Rishi."

Rishi had even told Neetu that he is not looking to get married. He had said, "I will only date you, but will never marry you." 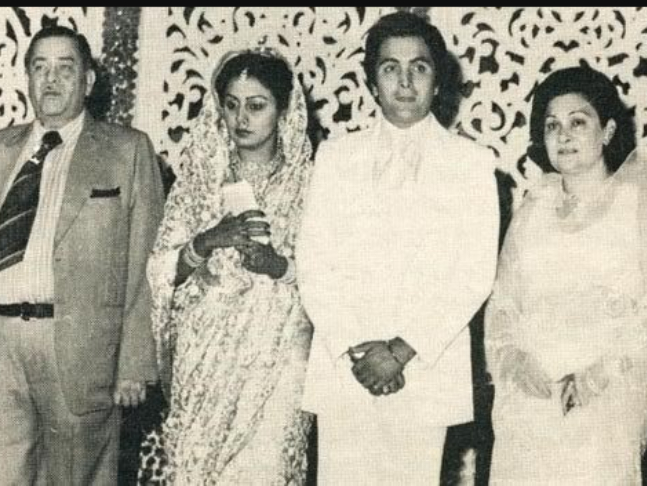 But they did tie the knot in 1980. Their engagement was the talk-of-town at the time in Bollywood. He was 26 and she was 21. Prior to her wedding Neetu informed producers that she would not work in films, many thought it was according to Kapoor family tradition of their women not working in films, but Neetu wanted to give up the limelight on her own accord. Talking about her decision and how she wanted to live a simple life after getting married, Neetu said, "And then my husband told me to finish everything, so we could eventually start a family. It wasn't that women couldn't work (after marriage) but I was tired of working for 15 years continuously. I wanted a simple life." 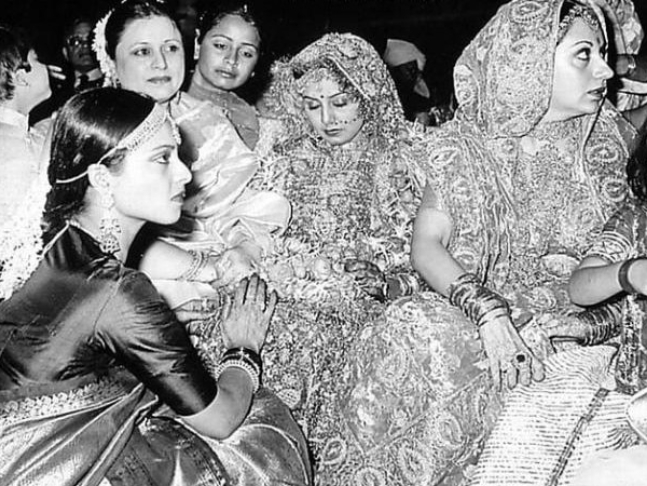 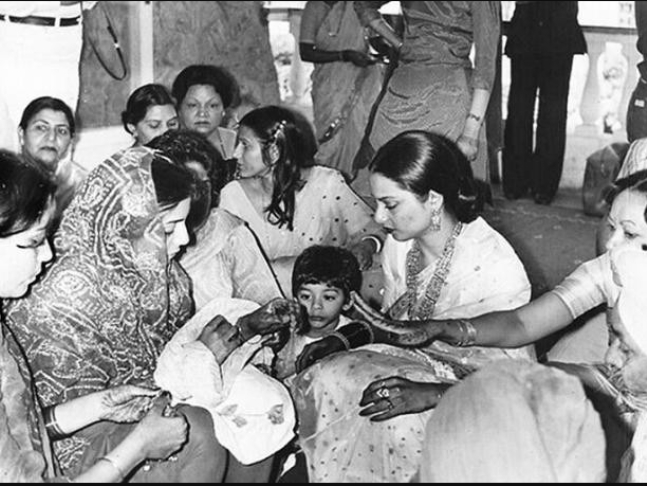 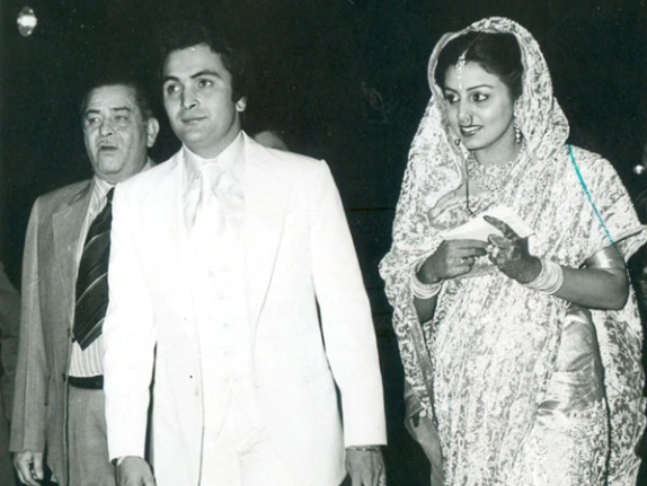 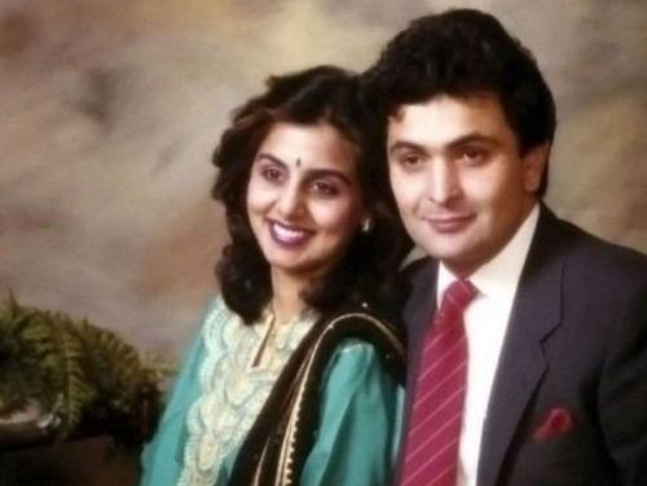 While Rishi's and Neetu's marriage was rocked by brief turbulences, they never let it break them. Neetu stood by her husband like a rock and refused to give up on the relationship. In Ranbir's words, "I have seen them fight, but my mother is a rock. She is the one who has kept us all together." 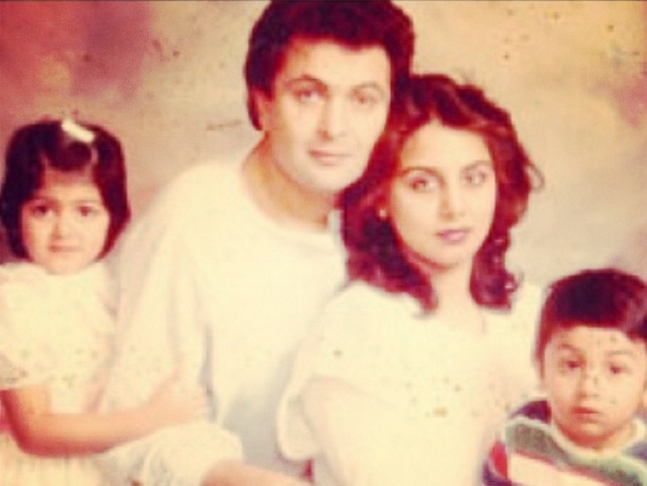 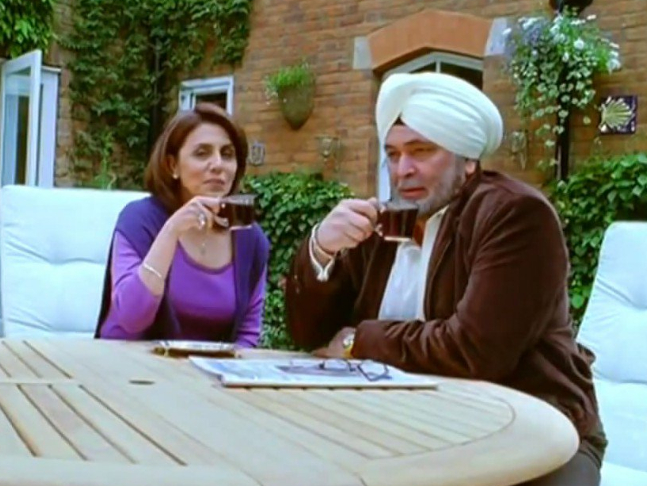 After staying away from the arclights for several years, Neetu did eventually return to films after 1983' Ganga Meri Maa with Deepika Padukone and Saif Ali Khan starrer Love Aaj Kal in 2009 in which she starred opposite Rishi. A year later she appeared in Do Dooni Chaar opposite Rishi as well.

Meal out after a long period becomes so special!! You value each moment enjoy every dish

Rishi was diagnosed with cancer in 2018 for the first time, following which he stayed in New York with Neetu for almost a year for treatment. He returned to India in September 2019 and was about to start work on his pending films. Throughout his ordeal, Neetu was beside him and stood like a rock through thick-and-thin. She kept fans updated about his health and often shared pictures with Bollywood celebs who came to NYC for shoots and never failed to visit the couple.

How I have to convince him for a pic reminding him I’m not a fan ‍ minestrone soup :::cherry tomatoes :::and that perfect Italian coffee that hits the spot

Rishi was admitted to HN Reliance Hospital in Mumbai on Wednesday morning as revealed by elder brother Randhir Kapoor to the media. However, he succumbed to his ailment and bid a final adieu to his wife and family on Thursday.