Flagbearer of all things flamboyant fashion, Karan Johar takes another trip around the sun but continues to age in reverse. Having started his directorial career with Kuch Kuch Hota Hai (1998), Karan has outdone himself with each passing film and those numerous Filmfares and other prestigious awards in his kitty stand enough proof! Relevant on the film and fashion front even today, Karan keeps on re-inventing himself giving us OOTD looks and cinemas to remember! Well that’s just not it, the ace filmmaker has been expanding his horizon by venturing into other arenas by launching his own jewellery line Tyaani and a plush SoBo restaurant Neuma

A brand himself, this powerhouse has been the jack of all trades when it comes to both, films and fashion. While his impressive body of work speaks for him, his sartorial sensibilities have been at par as well. Hailed as the OG risk-taker before Ranveer Singh, Karan knows more than a thing or two about making a lasting impression with style. Outrageously OTT looks with bling and jazz has always been his forte and oh boy, does he carry it all with finesse and panache! Also, kudos to his styling team ft. Eka Lakhani for serving us delectable, steal-worthy looks each time, when KJo descends to any platform or even at the airport.

So, as modish-monger turns 50, here’s taking a leaf out of his style encyclopedia to see what makes him fashion’s hot property! 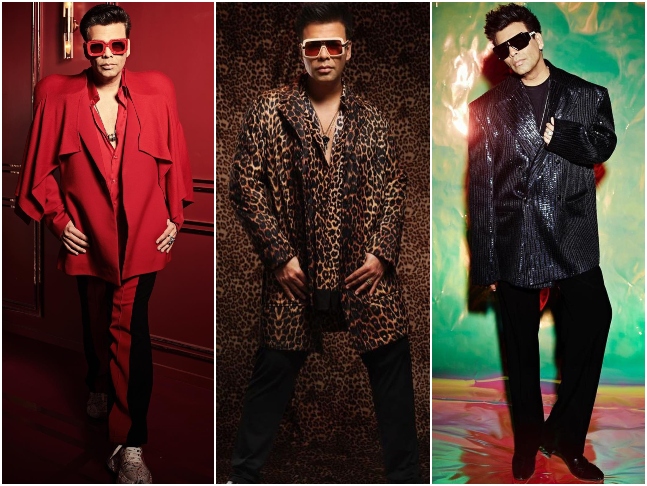 From structured shoulders to sequined blazers, Karan has never been the one to shy away from exhibiting his outrageously fashionable side through his flamboyant and OTT outfits

UNLEASHING A RIOT OF COLOURS AND PRINTS 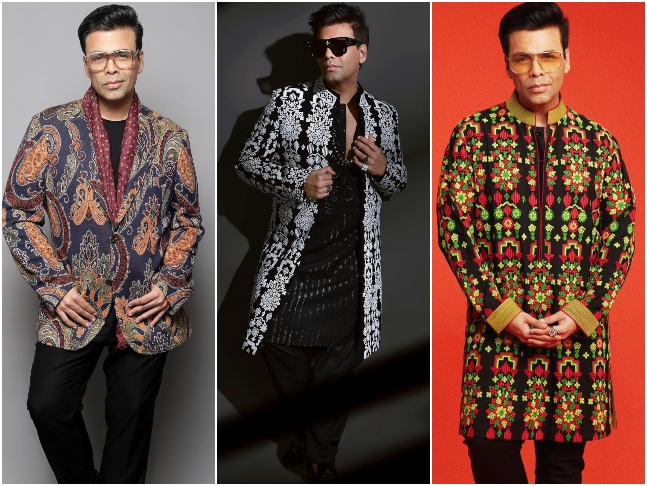 Where others play it safe with monotone looks, Karan takes it a notch higher unleashing a riot of colours and prints with his ensembles. 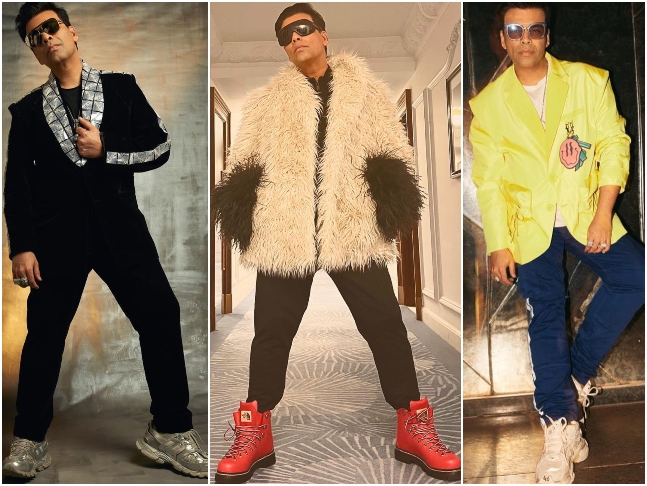 Karan surely knows how to step up in style with his rad shoe game. Chunky metallics to bold heels, only Karan can ace the best of both! 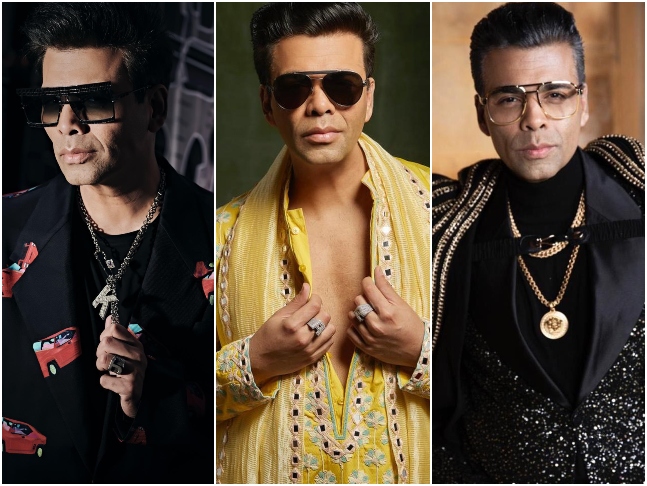 While his experimental looks keep on changing, one thing that has become a signature element in his looks are his custom Kjo accessories. From chains to rings, the K-factor elevates his fashion game to the next level. Not to forget these AR initial rings that Papa K flaunted at Ranbir Kapoor- Alia Bhatt’s wedding!

THE BIGGER, THE BETTER 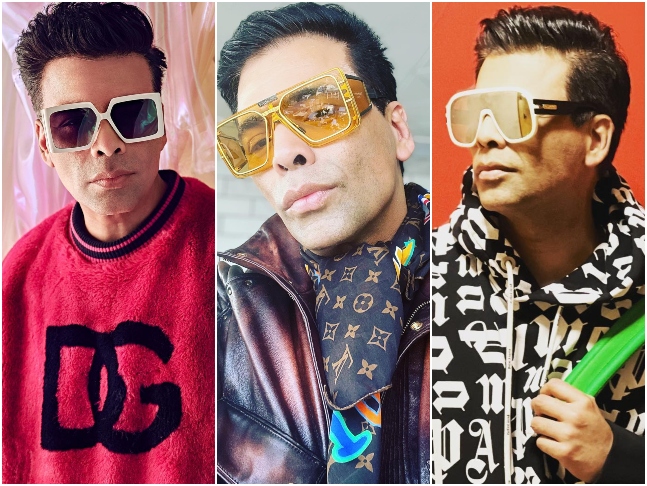 Looking at his gram feed, Karan has an envious collection of chunky eyeglasses and we wish to get our hands on some of these babies. From popping rectangulars to suave geeks and modish oversized glasses, Karan has sunnies for every mood!

Happy Birthday, Karan. Be the trailblazer you are!