Tara Sutaria-Ahan Shetty to Disha Patani and Shanaya Kapoor, no rains could dampen the fashion vibe at Tadap’s Premiere!

Despite the heavy Mumbai rains, nothing could dampen the fashion vibe at Tadap's premiere night hosted by debutante Ahan Shetty’s father Suniel Shetty and family on December 1. Directed by Milan Luthria and co-starring Tara Sutaria, the film is the official Hindi remake of RX 100.

Present at the screening were B-town’s divas and debonair men who left no stone unturned to make this night a glamourous one. Scroll down to check out some notable looks from the do. 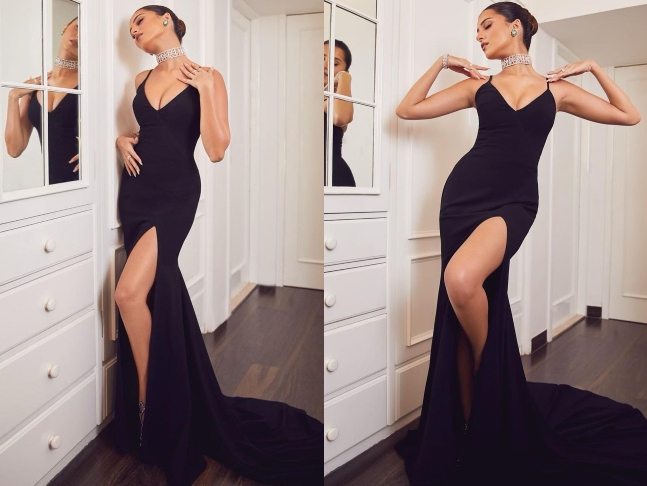 Instead of saving the best for the last, let’s start with the most glamourous look of the night! Seemed like Tara woke up and chose to slay with her Gauri & Nainika look for the eve. The feisty thigh slit, a dramatic plunge and a flowy train- her figure-skimming gown had it all. That studded choker surely added a dash of sparkle to her monotone look. Keeping her look dewy, just like the weather, she styled her tresses in a classic bun. Gosh! 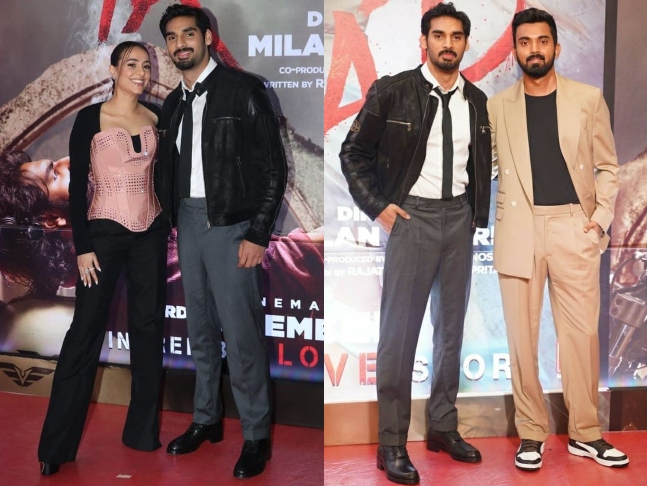 Ahan chose a comfy casual yet sharp look by pairing his crisp white shirt, tie and trousers with a leather jacket. Isn’t he the coolest? 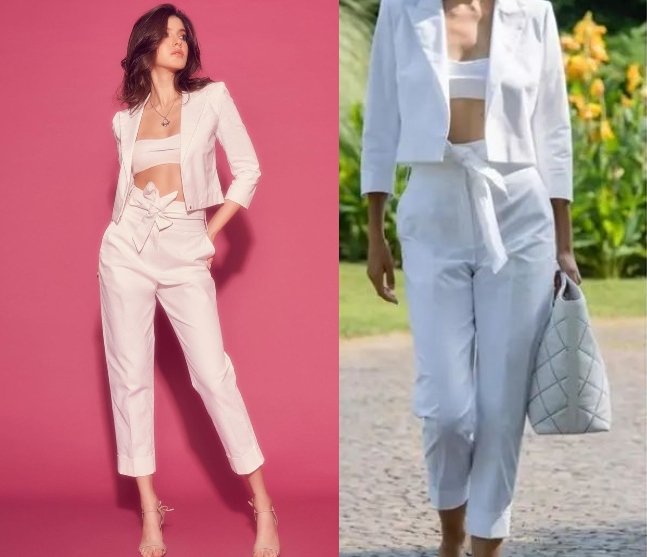 Shanaya was the boss babe for the night in her chic pink suit teamed with a bandeau crop top from label Genny. Keeping it fuss-free and minimalistic, the stunner opted for a delicate neck chain and rounded off her attire with tied heels. Natural glam with soft curls was the route to take with this look. 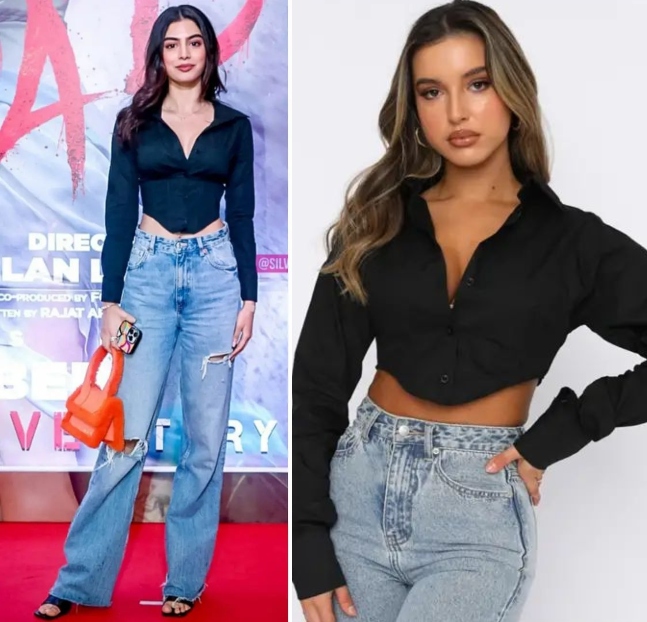 Khushi opted for a causal chic look in a cropped corset shirt from White Fox and teamed it with ripped Zara denim. A tangy Jacquemus mini leather bag added a pop of colour to her overall look. Those soft romantic curls and an understated glam went well with her OTTD. 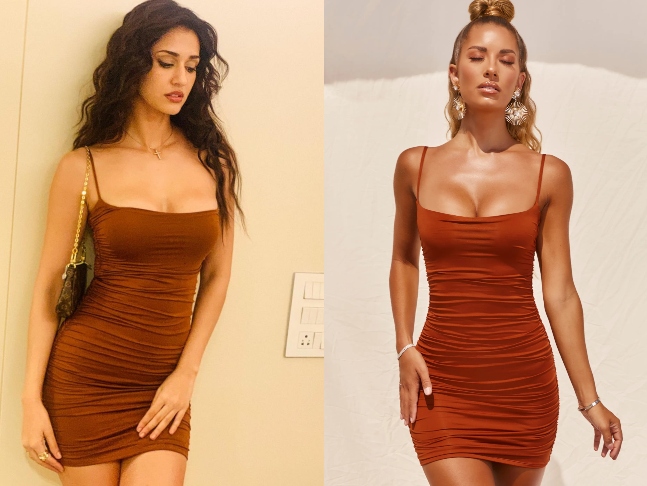 Disha looked smoking hot in her ruched bodycon dress that hugged her curves just at the right places. A dainty Louis Vuitton sling bag served as arm candy. In love with those wild curls! 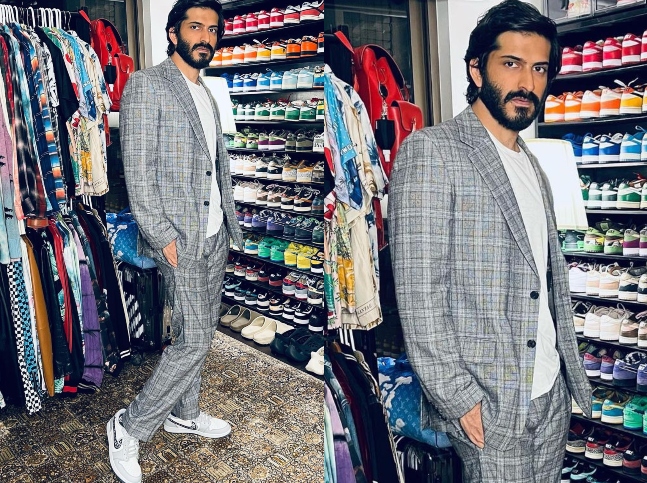 Nothing ordinary for Kapoor cousins. Next on the list is Harsh Varrdhan slaying the night away in a vintage Prada checkered suit and Dior sneakers. 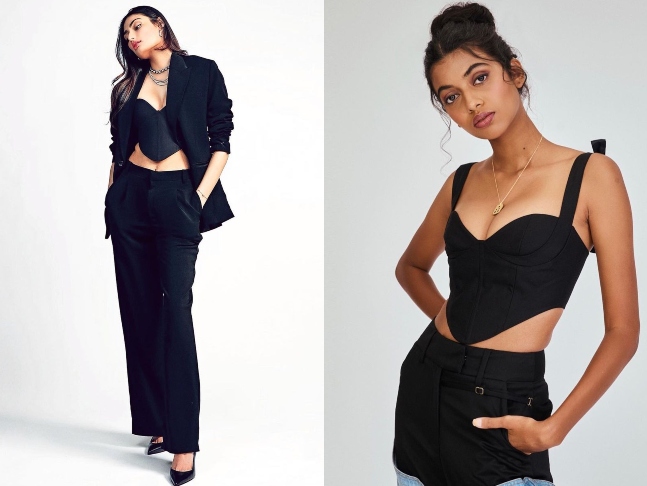 Athiya and Rahul made for a stylish duo with their power-dressing on the red carpet. Athiya rocked a corset crop top teamed with a matching blazer and pants. Elegant jewels added an element of bling to her look. 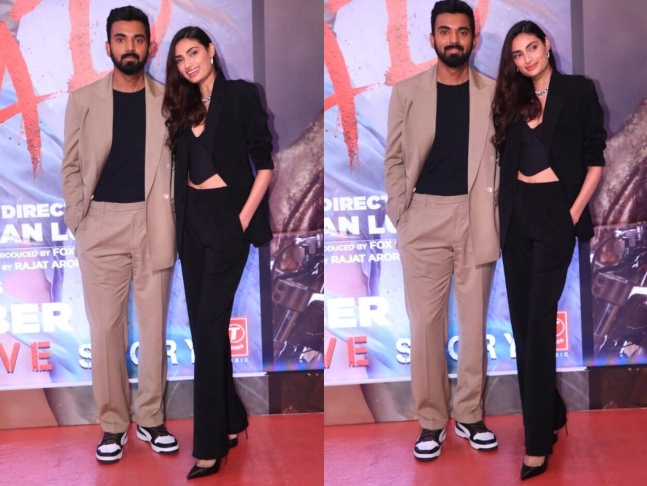 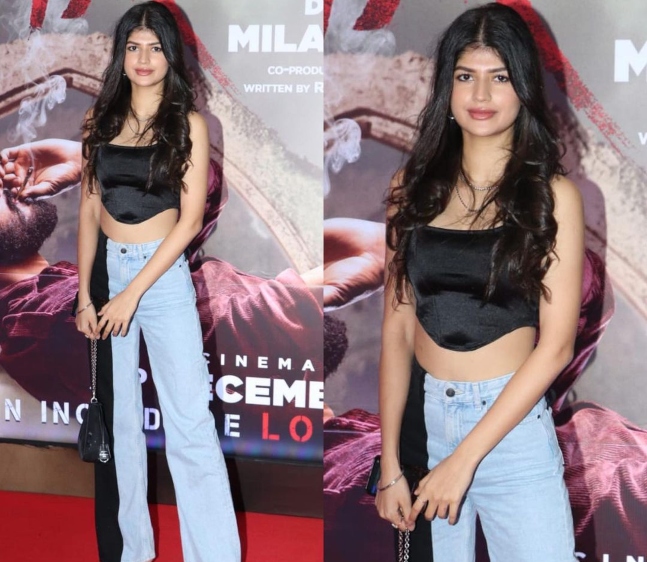 Fashionista in the making, Anjini rocked a dual-toned denim teamed with a black corset crop top. Looks like corset crops were a raging trend at the do! 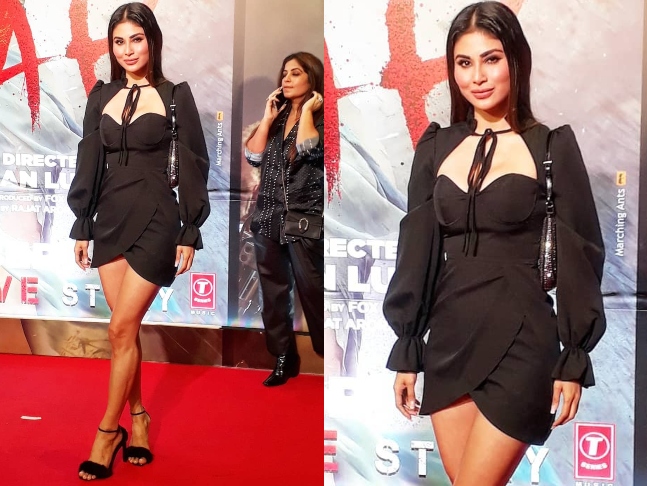 Mouni posed on the red carpet in her little black dress that bore a sweetheart neckline and statement sleeves. Her high-on-the-thigh dress was completed with a pair of strappy heels. Genelia worked the power of mighty-whitey on the red carpet and rocked a blazer set with oversized trousers coupled with a statement belt that cinched her outfit, effortlessly. She accentuated her look with minimal studded earrings and a natural glam. Riteish kept it casual and colorful in a popping red co-ord set with blue and white stripes.