The man, the maverick and fashion’s favorite Ranveer Singh turns a year older, whacky and all kinds of sexy! Rightfully termed as the ‘King of Quirk’, Baba has taken over the Takht of all things OTT with his flamboyant persona, outrageously sexy fashion picks and unconventional style game. Walking into the industry with YRF’s Band Baja Baraat in 2010, he made his presence felt. He later charmed us as a conman in Ladies V/S Ricky Bahl and made us fall in love with him even more with his roles from Goliyon Ki Raasleela Raam-Leela to Gully Boy. But one thing remained constant, Singh has carved a niche for himself with his avant grade acting skills and true-to-self sartorial style.

But, that’s not the only evolution that our Gully Boy has undergone in his decade long successful career in Bollywood. His style statement is synonymous with a rainbow, each look of his exhibits a different shade, mood, and persona. Ranveer is best known for his eccentric and bold sartorial choices with oversized silhouettes, out-of-the-box neons, printed suits, and colorful co-ords. One couldn’t deny that he is indeed a fashion chameleon with an unapologetic sense of style. From pleated skirts to brocade suits and neck-plunging Sabyasachi billowy blouses, every appearance that he makes is unabashed, unconventional, barrier-breaking and free from all gender norms!

So as the Bollywood’s sartorial risk-taker turns 35, here’s a look at the times when he broke barriers with his outrageously sexy style, OTT looks, and gender-fluid attire: 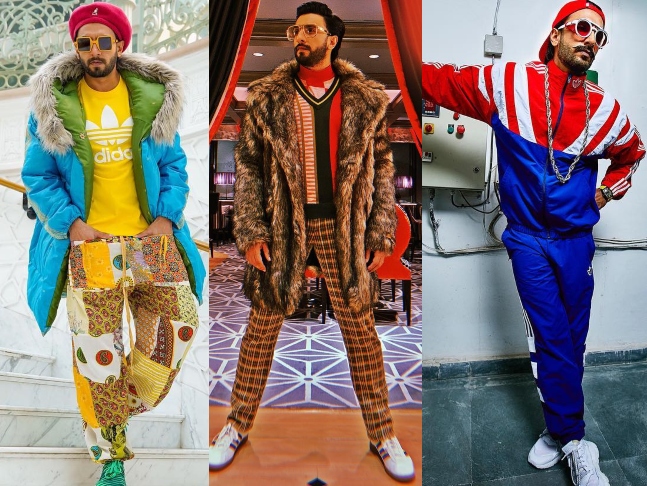 Painting the town with flamboyant hues... 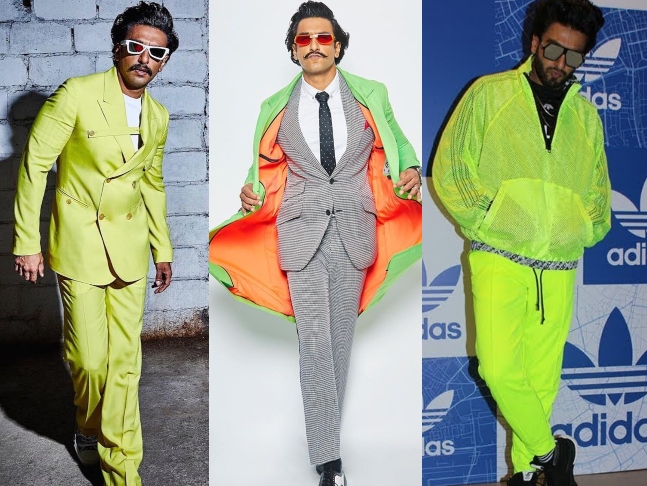 Because grabbing attention is both neon’s and Baba’s forte…

GENDER FLUID AT ITS BEST 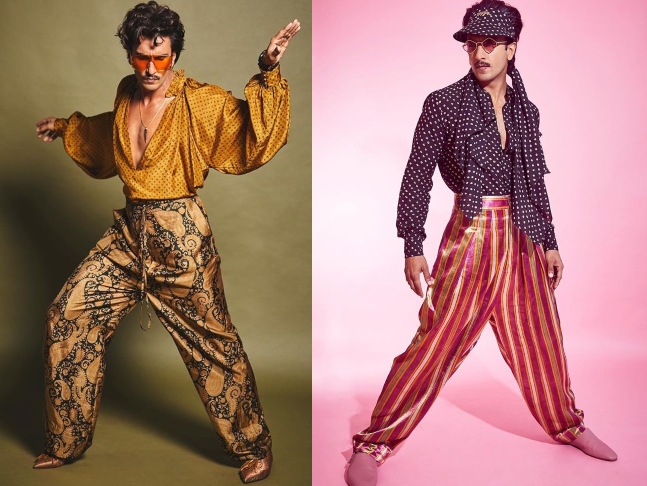 Because who says feisty plunging necklines are just for women? 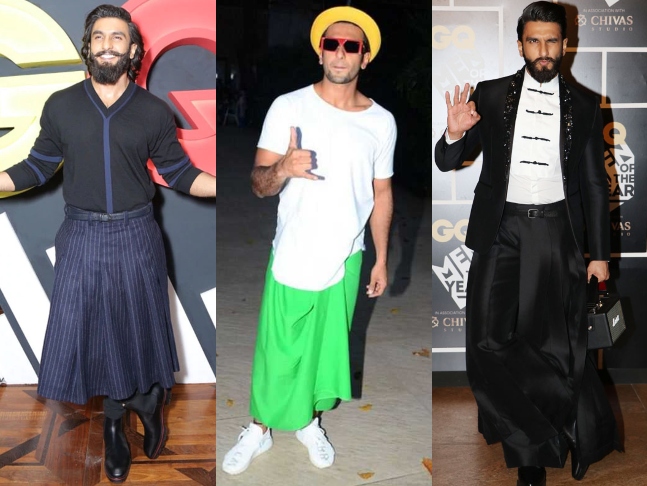 Skirts? For men? Why not? 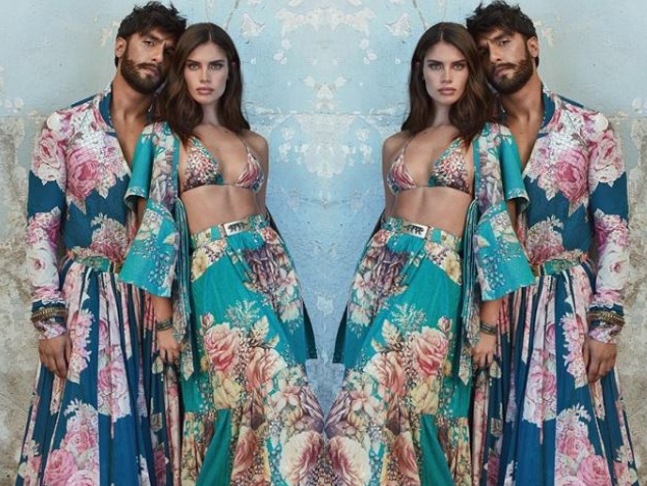 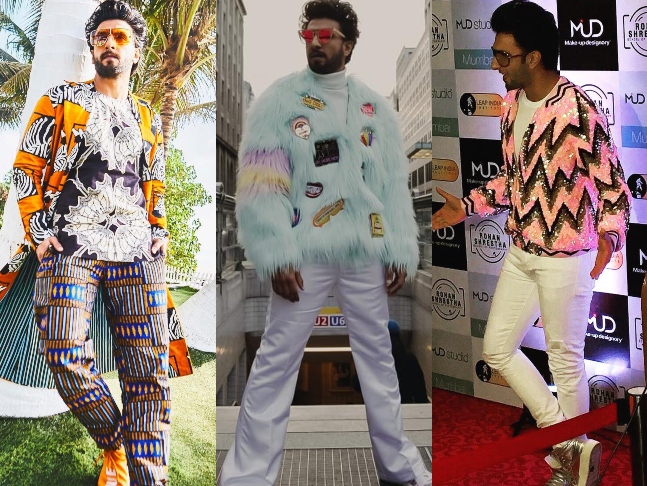 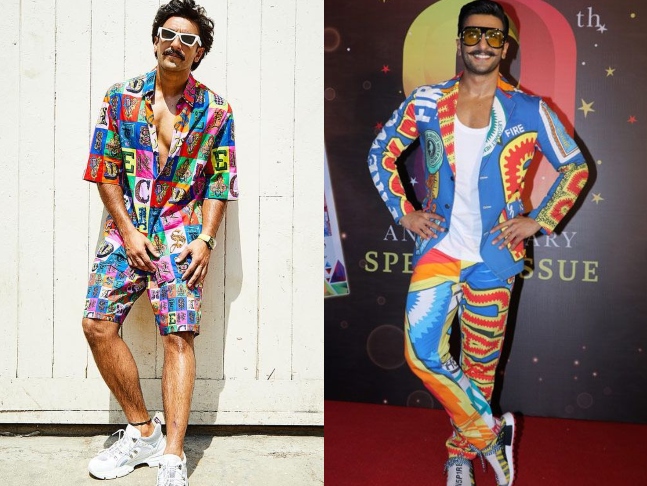 Forget alphabets, he is an institution of fashion in himself! 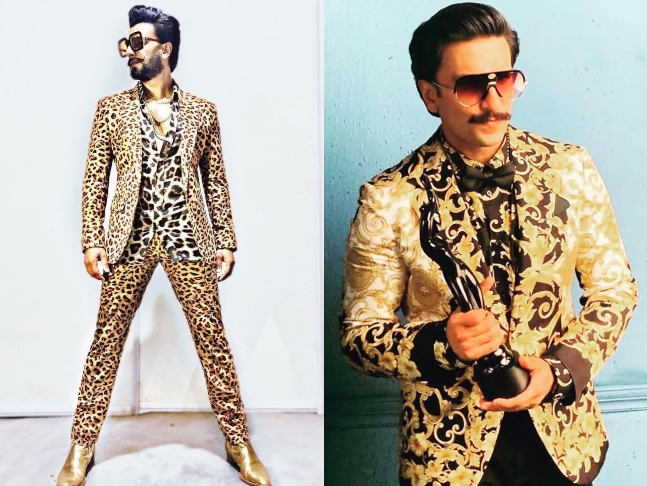 Making Bappi da jealous with all this golden look! 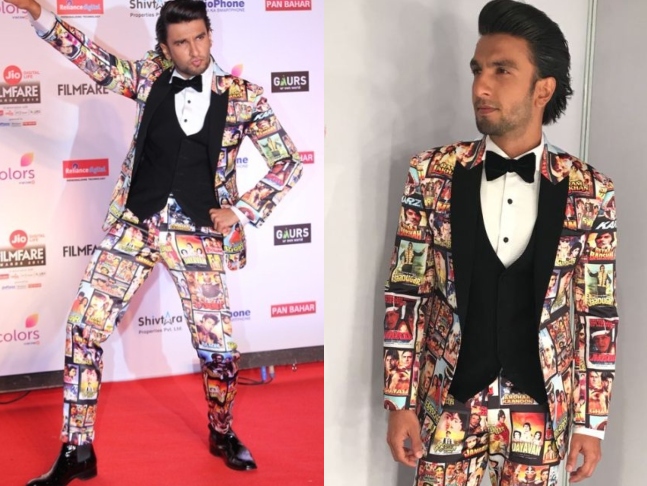 At the movies, quite literally! 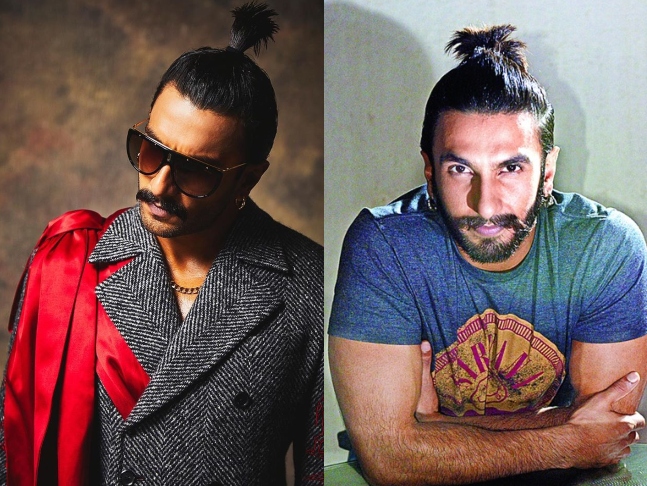 Now rocking this kind of ponytail also needs some guts and style, isn’t it ladies? 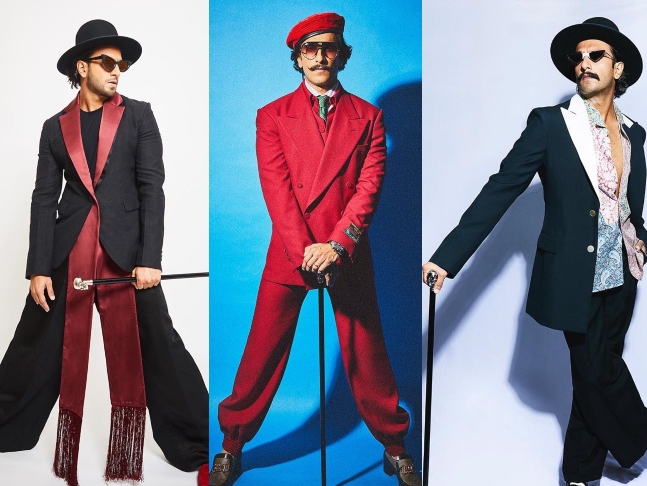 Not ‘sticking’ to the basics as always! 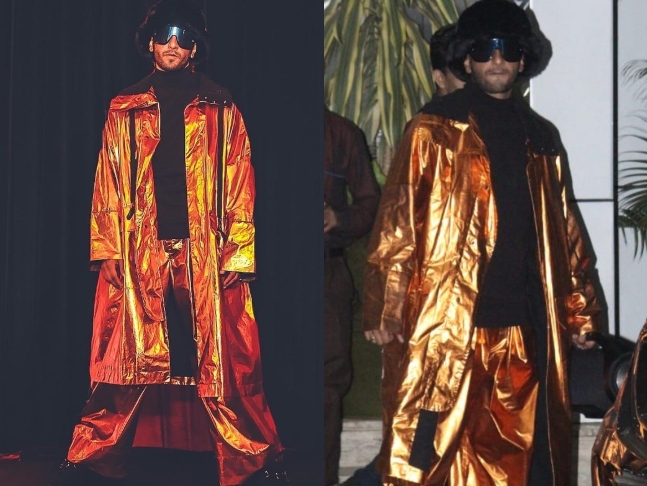 Can easily qualify as the ‘chocolate’ boy wrapped in a golden wrapper!

TOO GLAM TO GIVE A DAMN 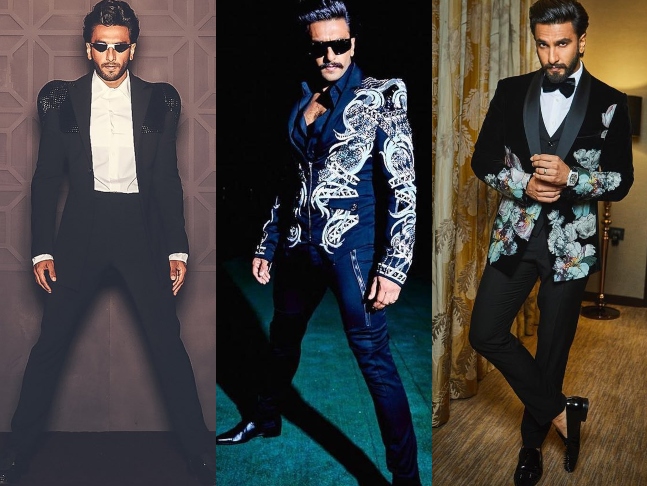 When Ranveer swept us off our feet with his 'normal' appearances... 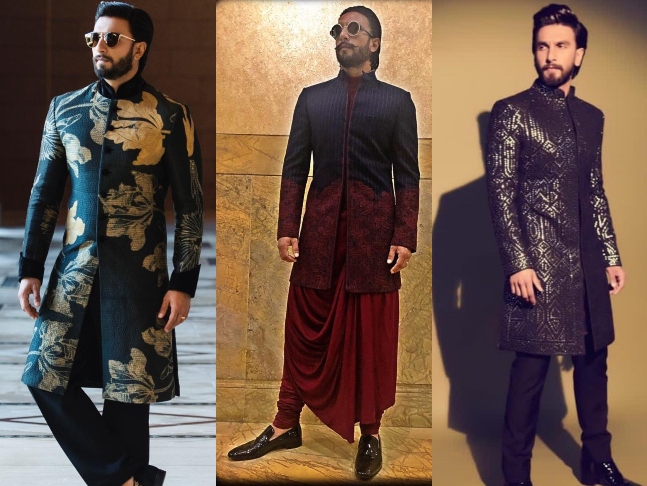 Never Have I Ever S3: Poorna Jagannathan looks as fierce and fashion-f