Advertisement
HomeFASHIONFashion SpecialBlast from the past: Buttoned down shirts to thigh high shorts and spooky hairdo; '90s Bollywood trends that left us for good!

The ‘90s was surely a charming time for budding Bollywood films but definitely not for its fashion! This era witnessed the worst of beauty and fashion trends that can leave one scarred for life. Hairy cleavage accentuating shirts, much-high-on-the-thigh shorts, bizarre hairdos and costumes made of curtain cloth…yeah that pretty much sums it up!

This is for all those kids from the ‘90s generation who complained that things were way better in their era. Pfft, we dare you to vouch for its fashion trends as well! So, here it is, the wackiest trends from our ‘blast from the past’ segment that will make you wonder, ‘What were they thinking?’

Recommended Read: Blast from the past: Wolverine Nails to Bappi Lehri-inspired costumes; bizarre fashion trends from '90s that can be used as Halloween inspiration! 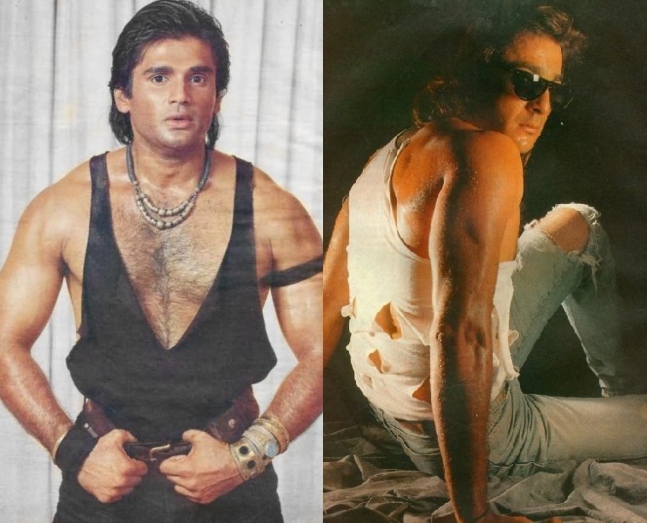 The era of ‘90s saw quite a lot of man fur and what better than ganjis to showcase it? (No, it is not a rhetorical question, we seek answers!) Anil Kapoor, Akshay Kumar made topped this list while Sunny Deol, Sanjay Dutt, Suniel Shetty, and Chunky Pandey, made the cut as well! 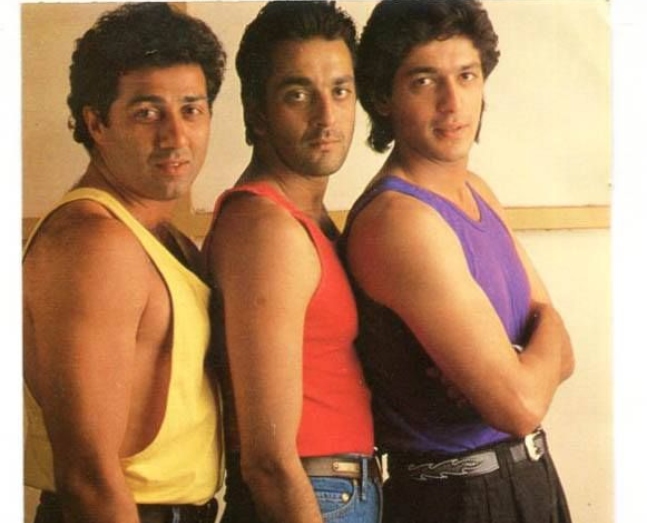 We can’t unsee this picture of the trio in colorful banyans.To be honest, the vests were okay, but it was its variation that made us shudder! Sheer, deep cut, plunging necklines…dear lord! 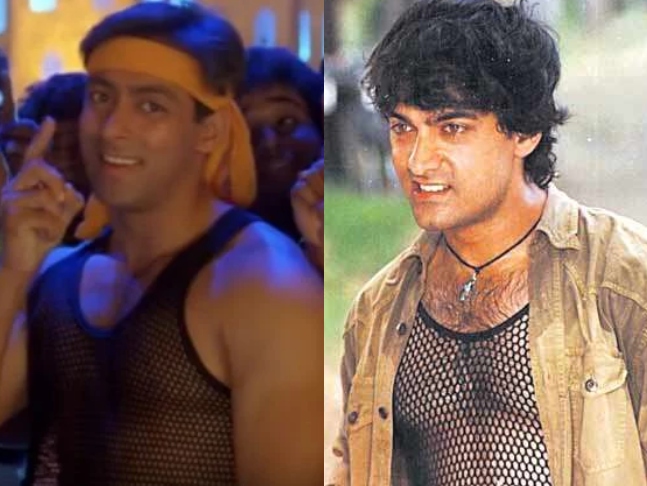 Salman Khan and Amir Khan taking the tapoori look to another level! (WHY) Our Macho men of Bollywood quite often flaunted their hairy chest by unbuttoning the shits till their waist.

To be honest, the loose tucked in shirts made hardly any difference to the look! 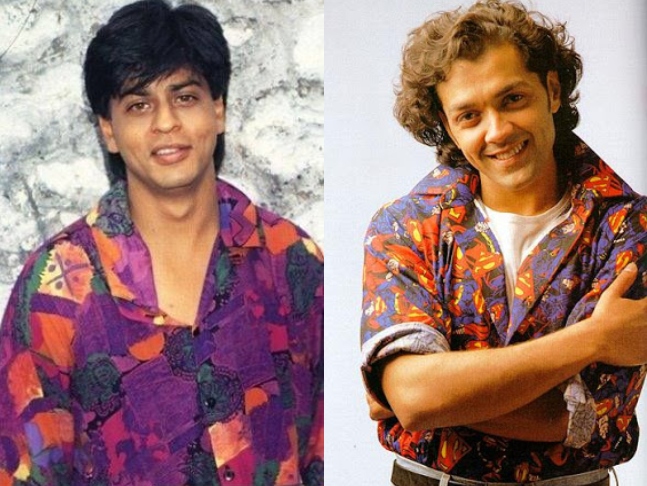 Looks like the ‘90s Bollywood was high on popping colors and curtain prints. 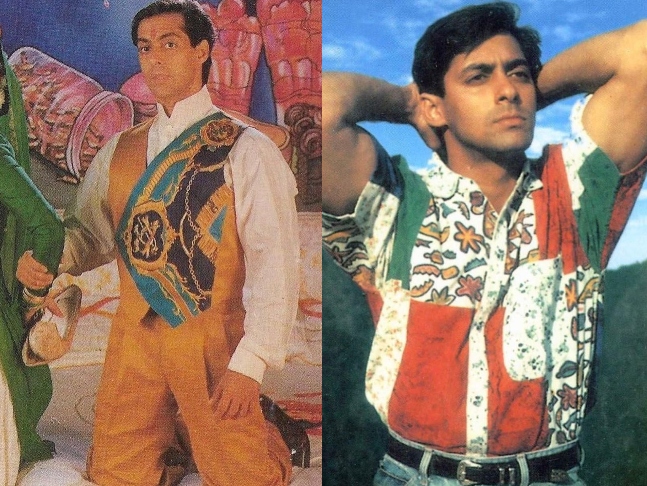 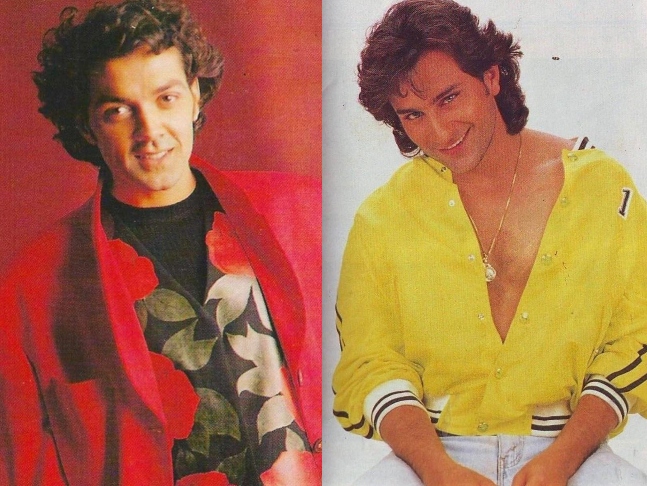 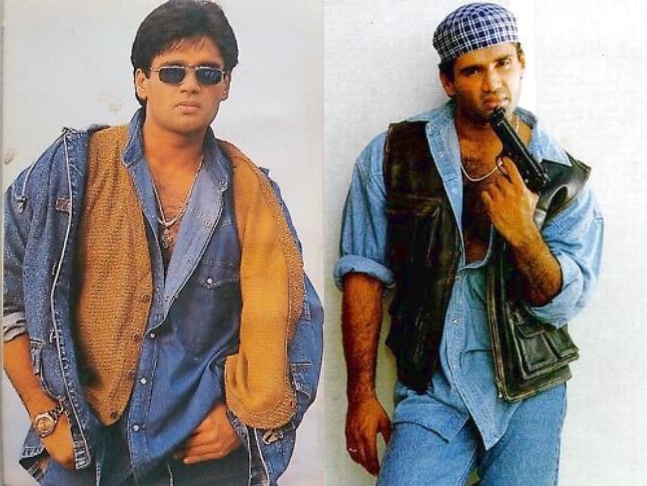 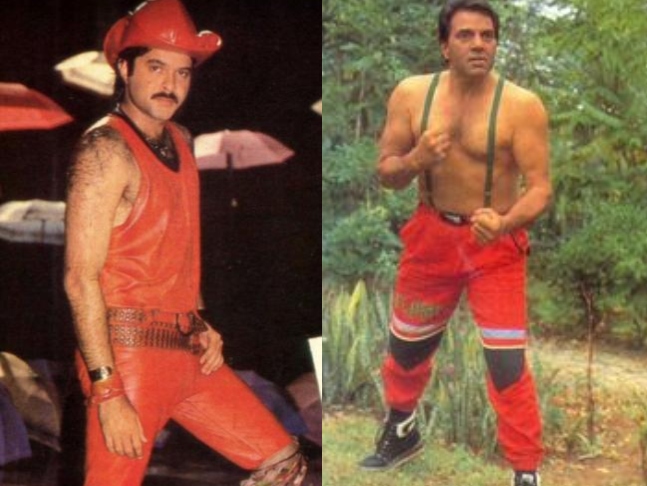 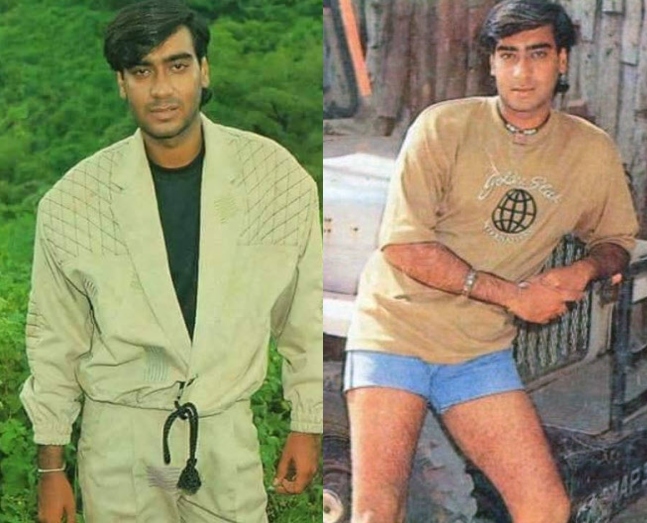 Well, absolutely no comments for some looks but shorts? Really 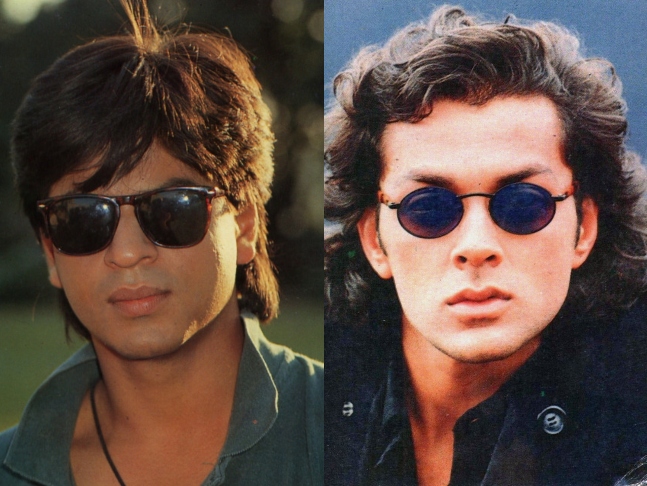 Lets not forget the 'kewl' sunglasses back then... We are pretty much sure that no women would love to see grown men in dungarees! 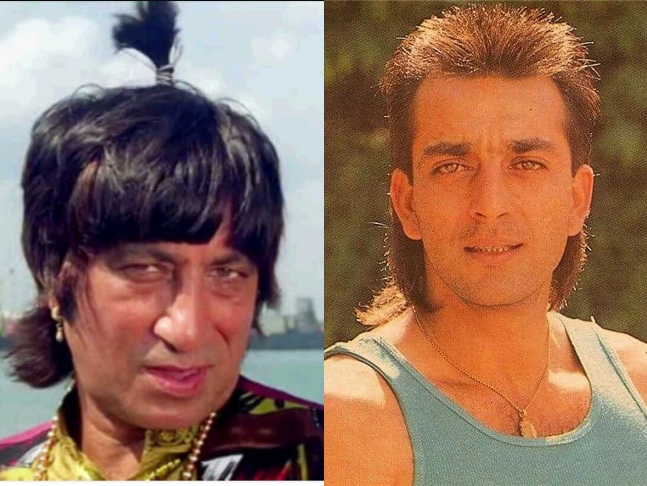 No, not just Shakti Kapoor’s ponytail, Shah Rukh Khan’s extra hair on the nape of his neck makes the cut as well! 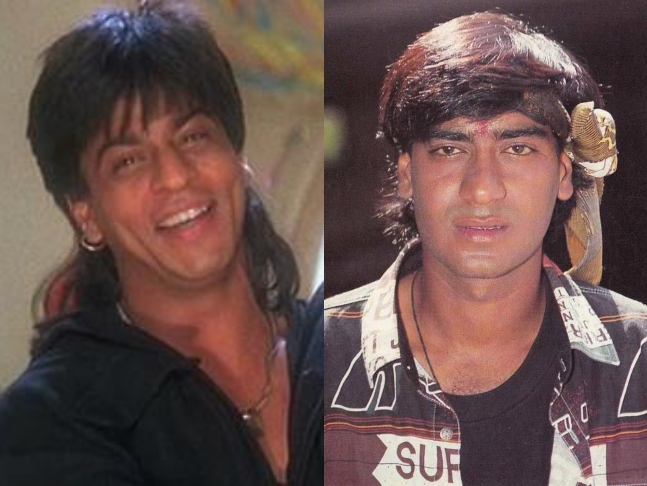 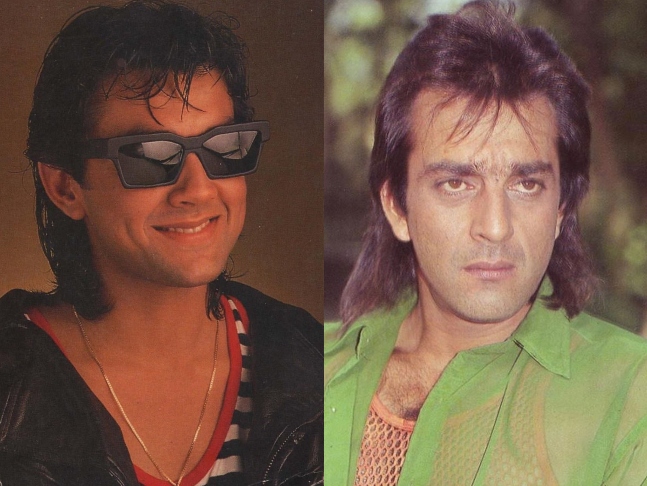 And Sanjay, no comments. 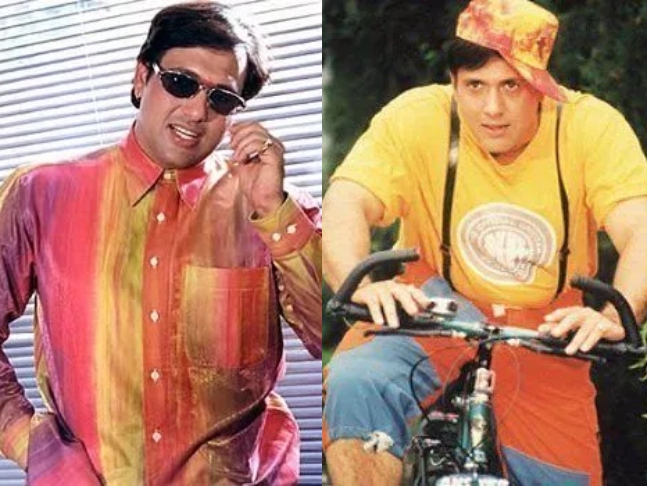 Hands down, this man owned the wackiest wardrobe and for starters, he was too cool to care! 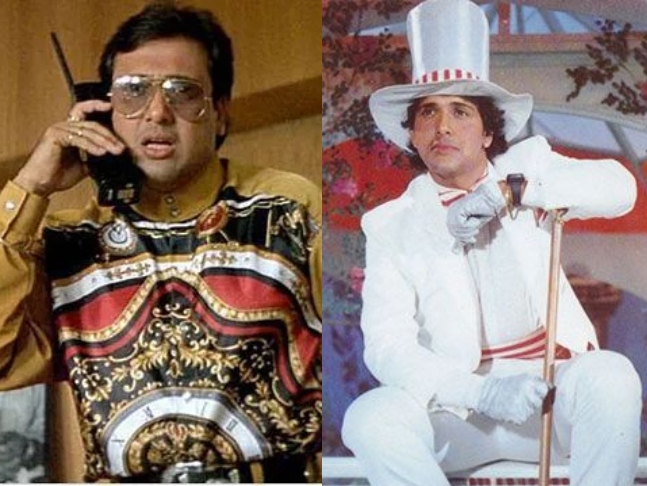 BONUS LOOKS- BECAUSE WHY TO SUFFER ALONE? 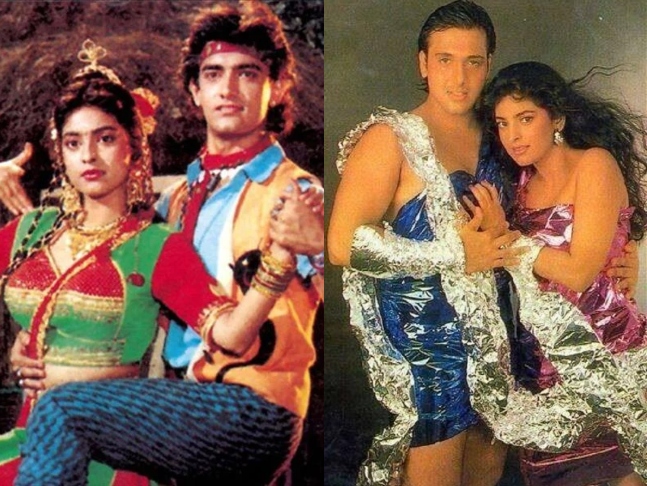 It’s much, much safer to say that the evolving fashion trends did a huge favor to our B-town’s dapper men!

Armaan Malik to Rajakumari, 5 music mavens who dominate the fashion biz with their style sensibilities!