Slay me good! Katrina Kaif to Khushi Kapoor, the pretty ladies take the Bali Wedding by a sartorial storm

It wouldn’t be wrong to say that the destination wedding of Rakhee Punjabi's son Amrit Punjabi was a star-studded affair. Rakhee, the wife of Indian-Indonesian media magnate Ram Punjabi was also a close friend of the legendary actress late Sridevi and thus the Kapoor family consisting Sanjay Kapoor, Boney Kapoor, Maheep Kapoor, Shanaya Kapoor, Khushi Kapoor and Jahaan Kapoor were in attendance.

Besides the Kapoor clan, the guest list also witnessed names like Katrina Kaif, Maniesh Paul and Kubbra Sait at the soiree. Dressed in their absolute best, these tinsel town celebs served us looks to die for.

Don’t believe us, check it out yourself and may we suggest you make some fashion notes while you are at it! Dressed in their fashionable best, Sanjay, Maheep, Shanaya, Boney and Khushi made a beautiful family picture together. Boney was seen dressed in an ethnic kurta paired with green koti, while brother Sanjay opted for a suave black suit. The Kapoor ladies, Maheep, Khushi and Shanaya looked gorgeous decked up in ethnic ensembles. 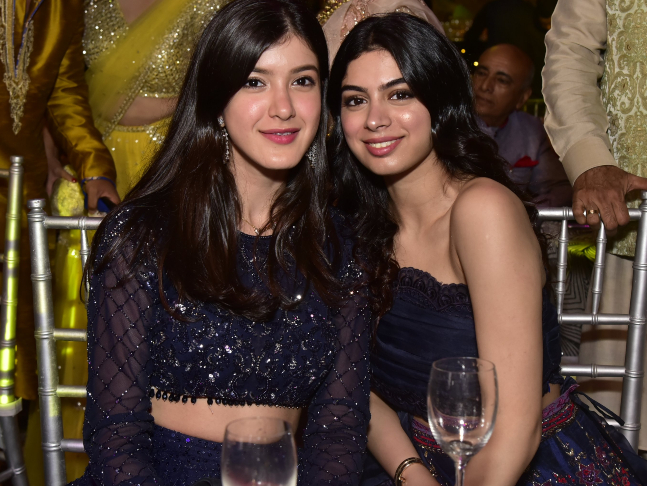 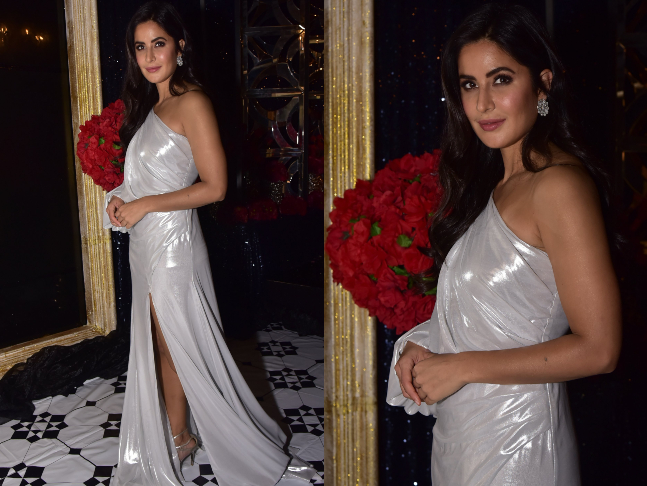 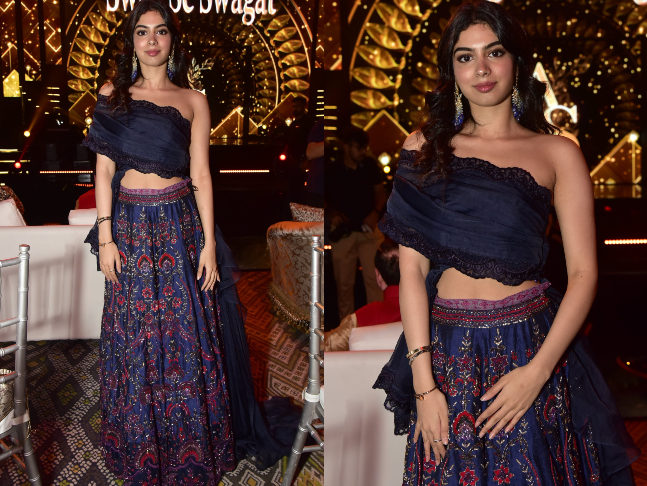 Styled by Tanya Ghavri, Khushi was a ravishing vision to behold in this bold and shimmery lehenga from Jade by Monica and Karishmaa. Statement danglers from Kohar Jewellery complemented her intricately detailed couture. A radiant glam and curled tresses accentuated her beauty furthermore. 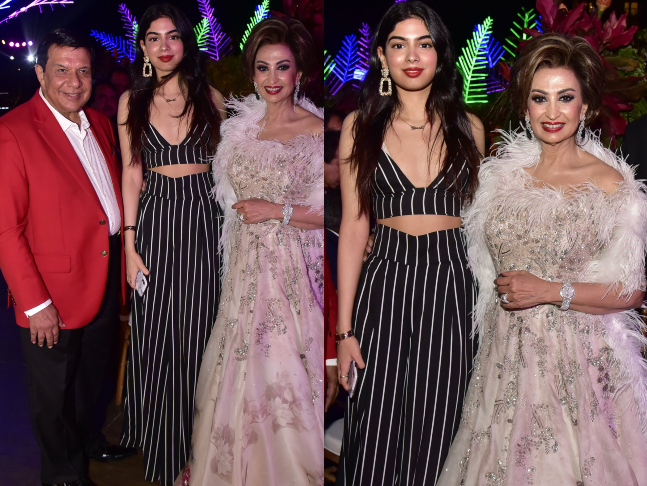 For another look, this millennial fashionista opted to sizzle in a striped co-ord set. She teamed up her separates with a pair of chic earrings. Scarlet hot lips blushed cheeks and unkempt tresses completed her look. 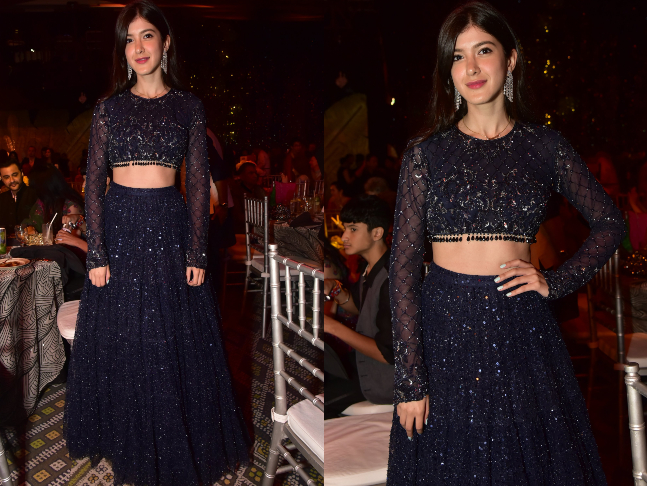 Following the footsteps of cousin Khushi, Shanaya looked nothing less than a diva as well. This budding fashionista was twinning with Khushi at the Sangeet night. She paired her blue, mesh detailed lehenga with diamond danglers. The junior Kapoor kept a minimal glam to go with her intricately detailed outfit. 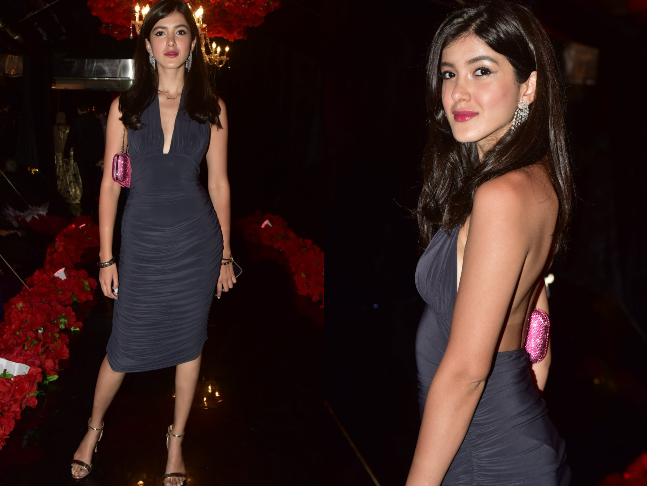 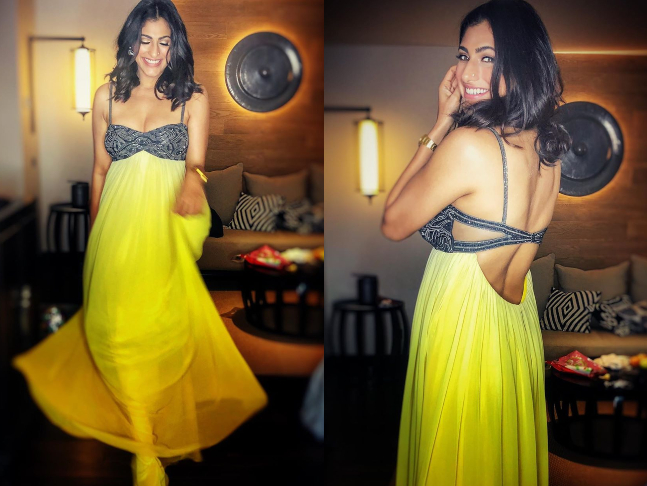 Sait personified sunshine in this mellow yellow gown from the label’s collection. Accessories from Curio Cottage blended perfectly with her low-back dress. 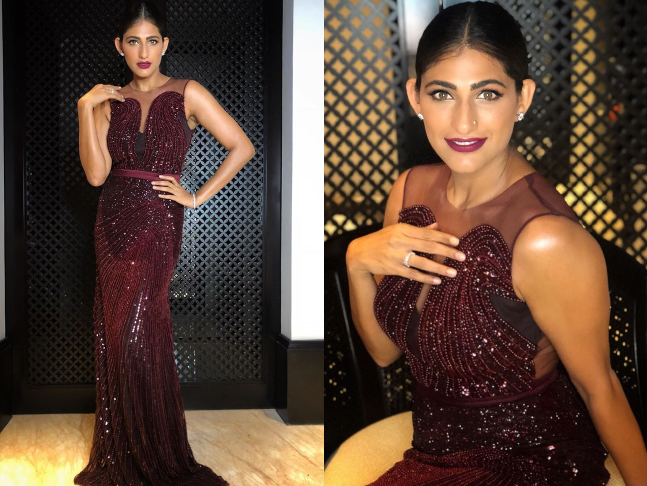 For another look, the Sacred Games stress sizzled in this wine hued number from designer Gavin Miguel. Her sequined gown was paired with blings from Curio Cottage. Bold lips and a sleek pulled back bun completed her look. 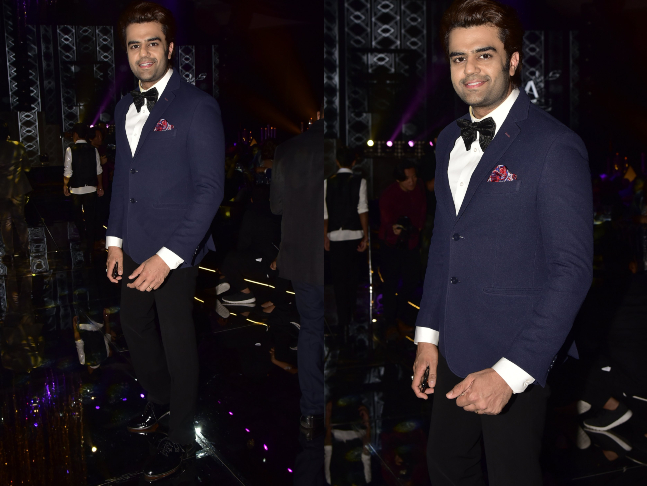