On Wednesday, B-Town stepped out in the city in their stylish best to attend the 12th Radio Mirchi Music Awards 2020 held in the burbs. Our shutterbugs present at the star-studded event clicked a number of Bollywood celebrities marking their presence.

In attendance at the awards night was Deepika Padukone. 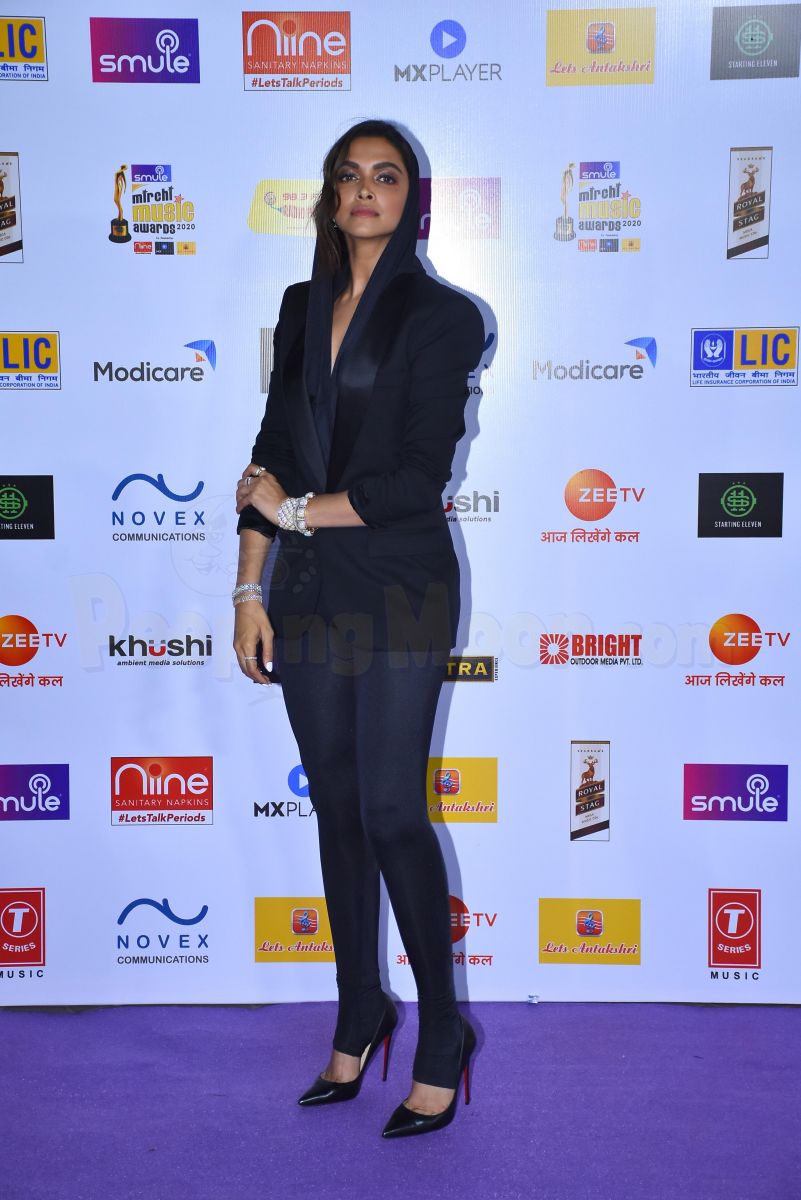 The actress chose a black attire for the night. She was seen in black pants and a jacket with a hoodie. 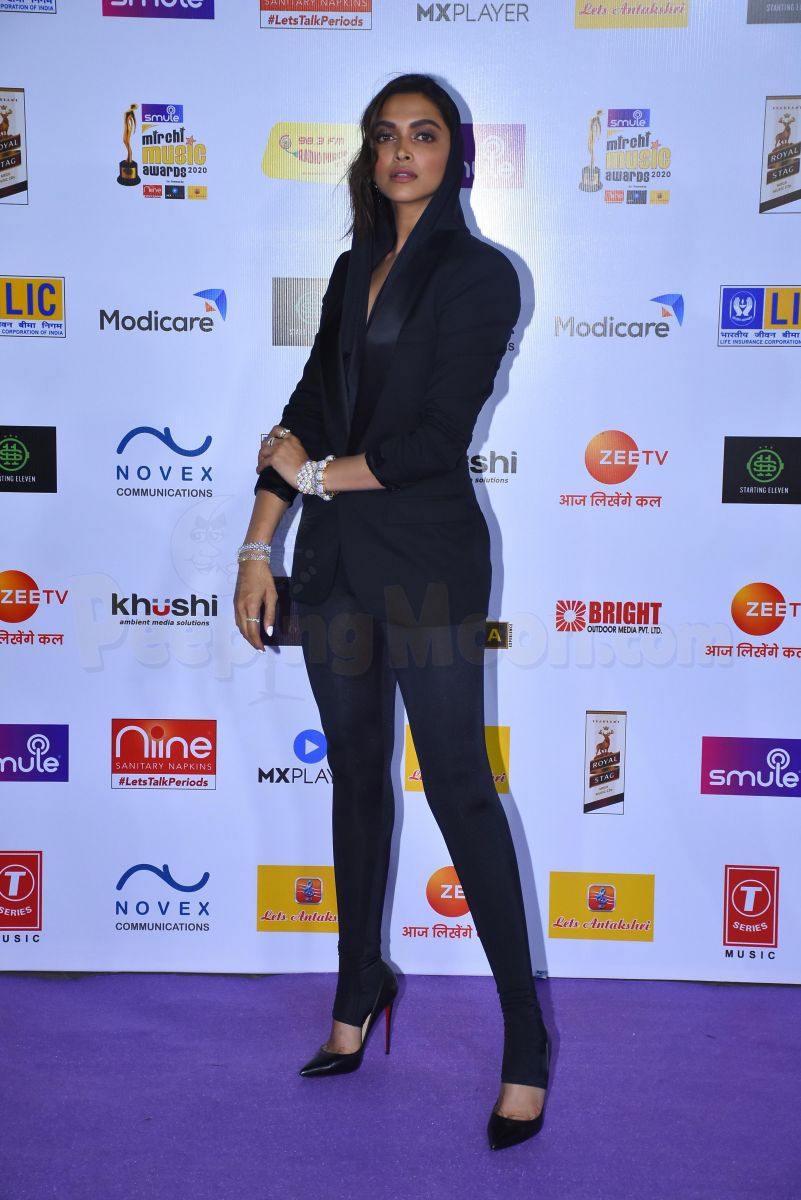 She rounded off her look with sultry smokey eyes and heels.

Recommended Read: Nykaa Femina Beauty Awards 2020: Deepika Padukone, Katrina Kaif and Anushka Sharma are serenading beauties as they up the glamour at the event

Taapsee Pannu made a stunning appearance at the event. 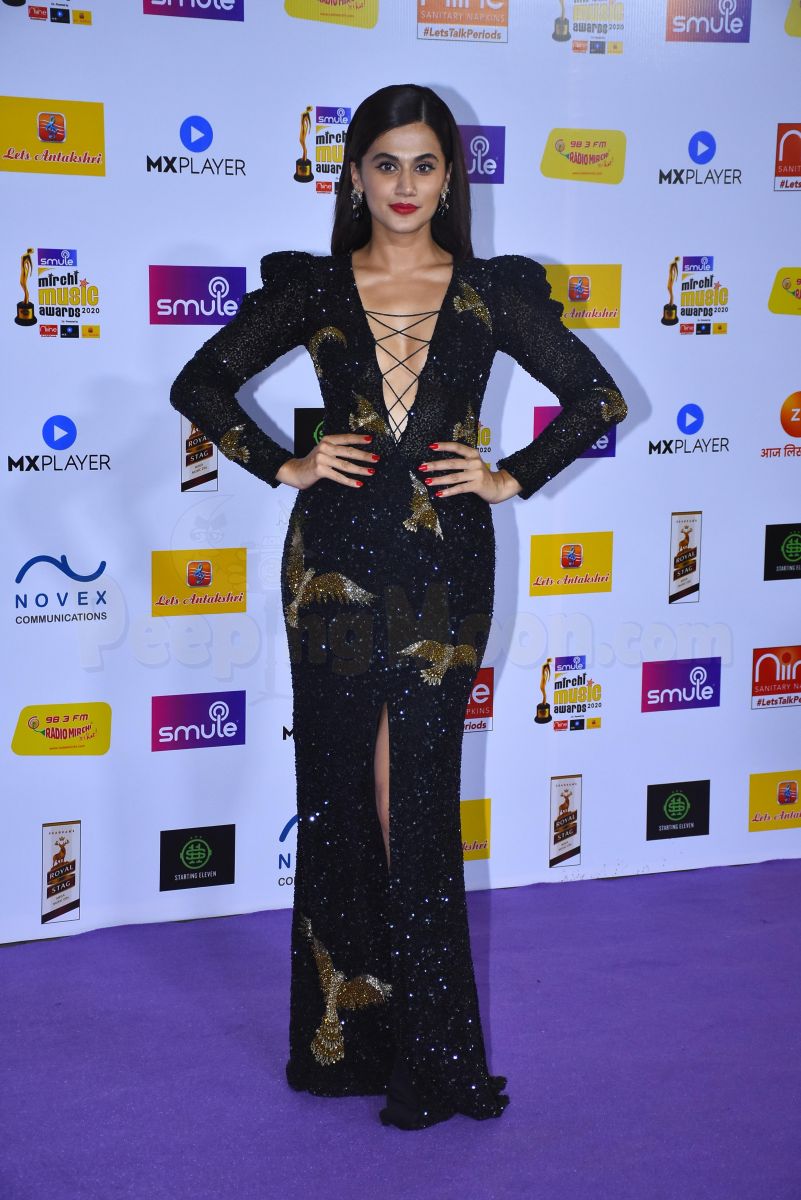 The actress who is gearing up for the release of Thappad went bold and beautiful in a black shimmery dress with a design of an Eagle. 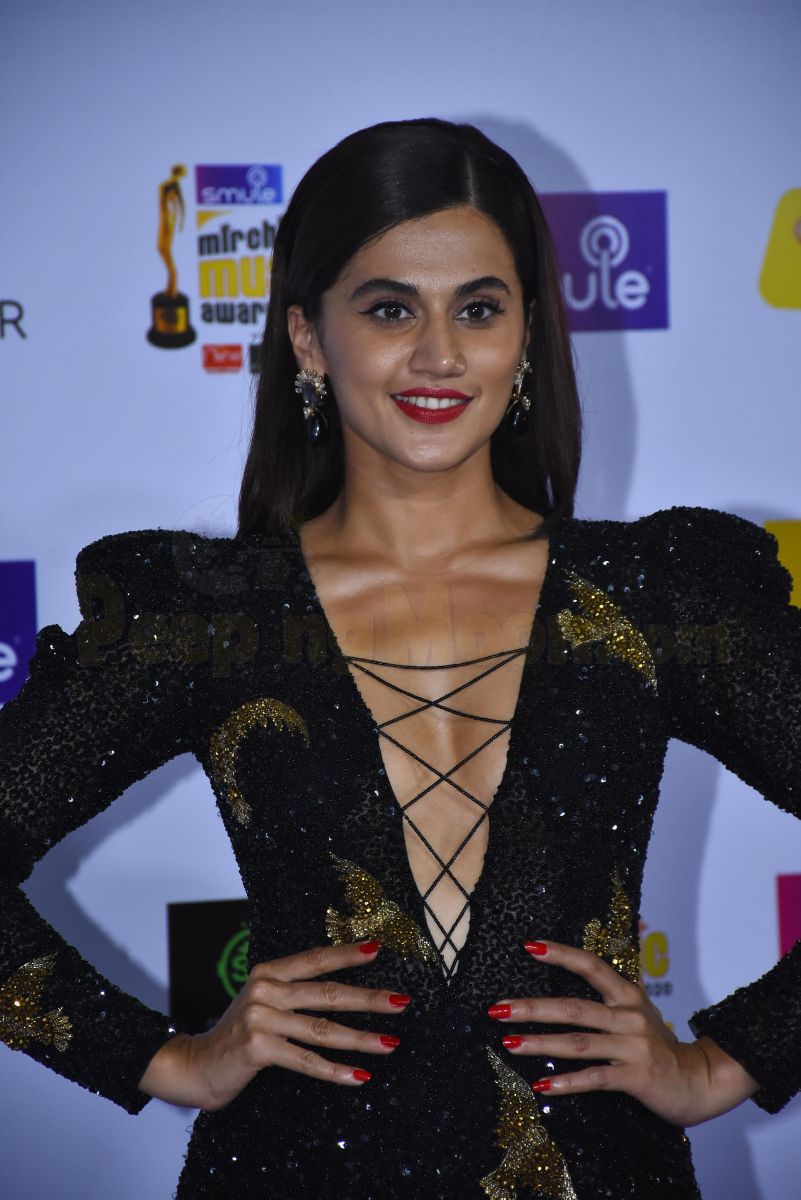 With sleek hair and a perfect red pout, Taapsee was a stunner. 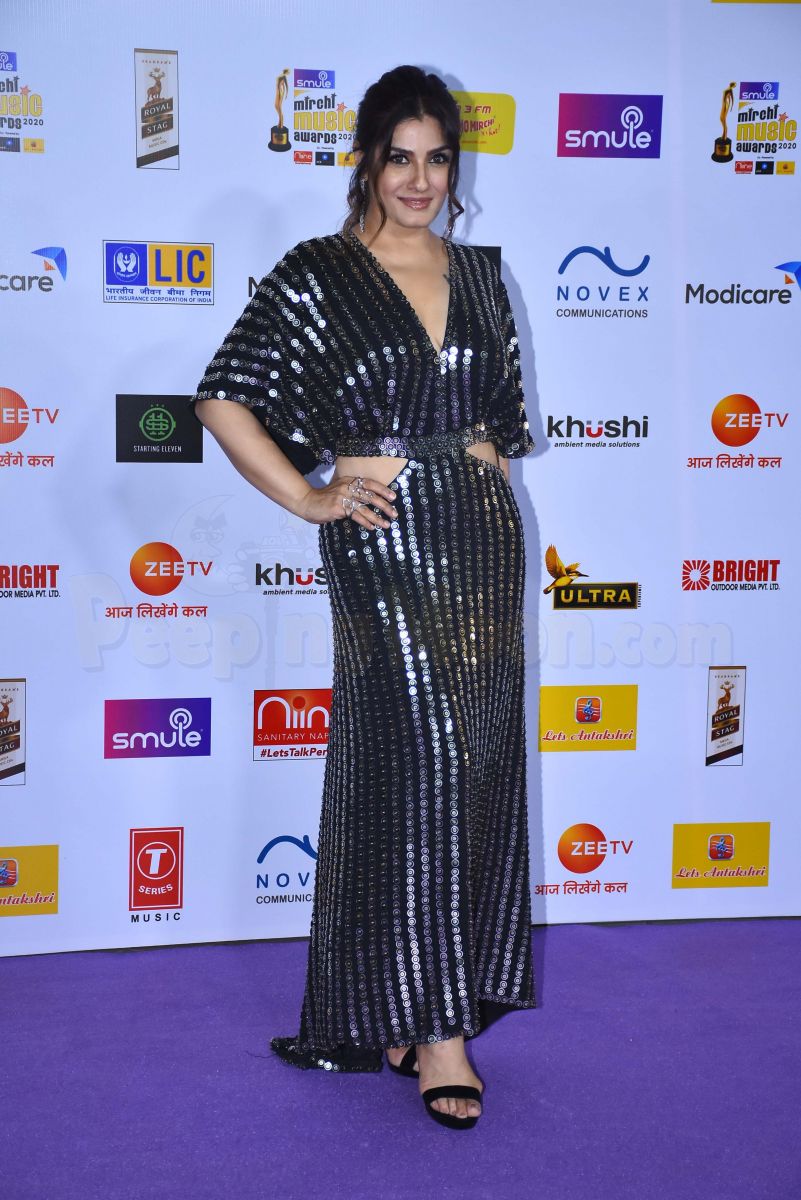 The actress looked gorgeous in a shimmery black number with sequin details. With a messy hairdo, Raveena was good to go.

Sunny Leone was also clicked at the do. The actress opted for a white printed dress and a radiant glam for the event.

Our shutterbugs clicked Pranutan Bahl too. The Notebook actress went desi in a pastel pink saree. 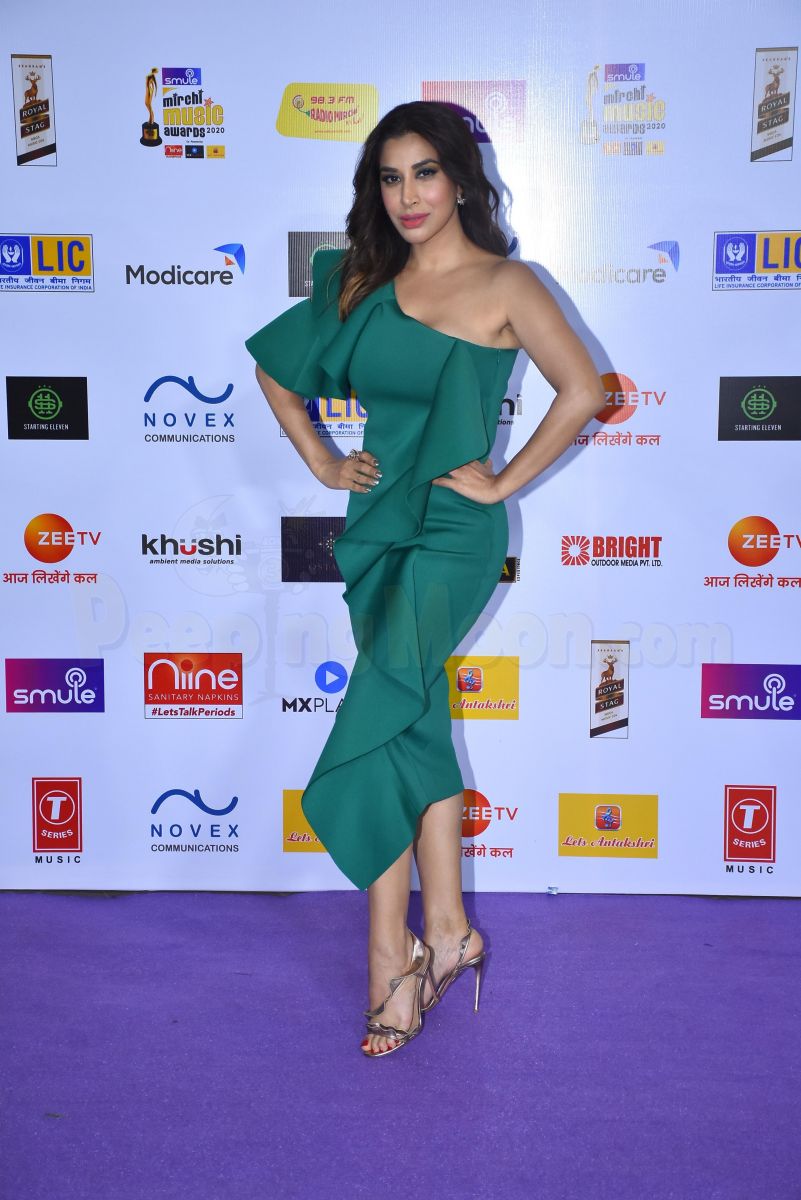 The actress opted for a green dress with ruffled details. 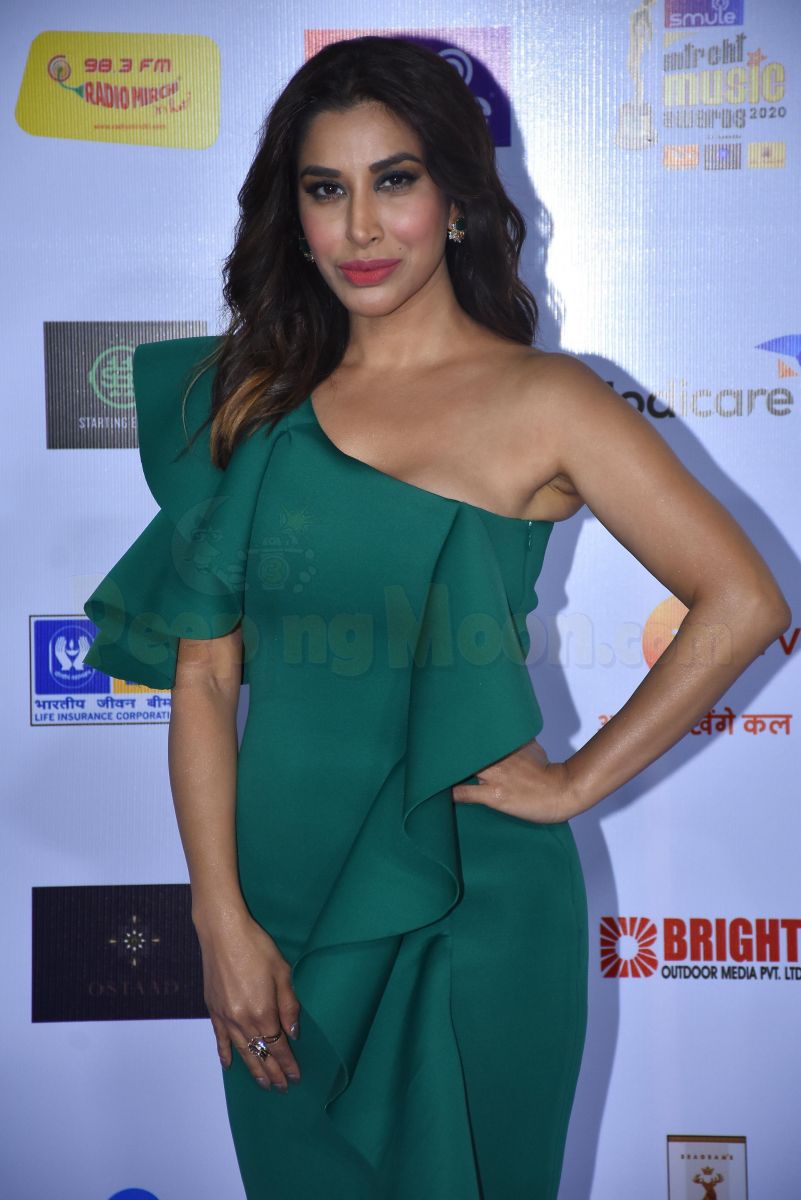 She rounded off her look with radiant glam and a perfect pink pout.

Sunidhi Chauhan was at the do too. 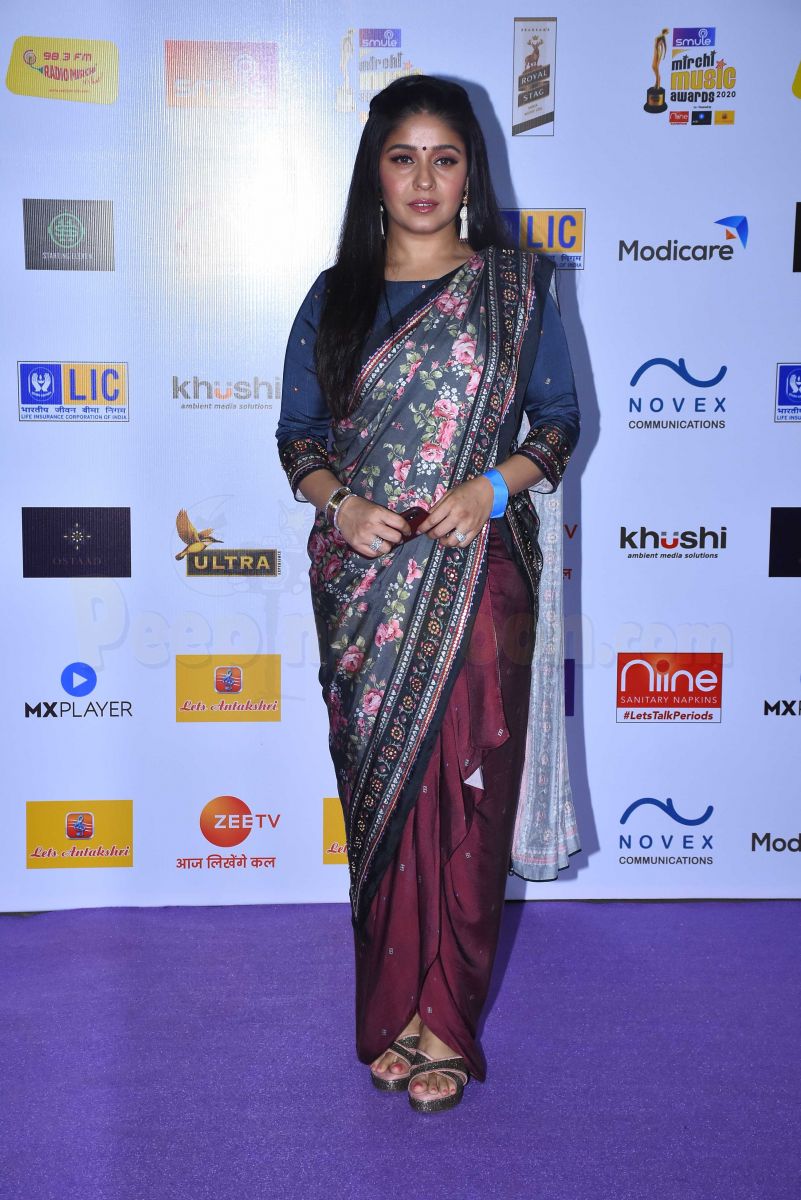 The singer went for a saree. 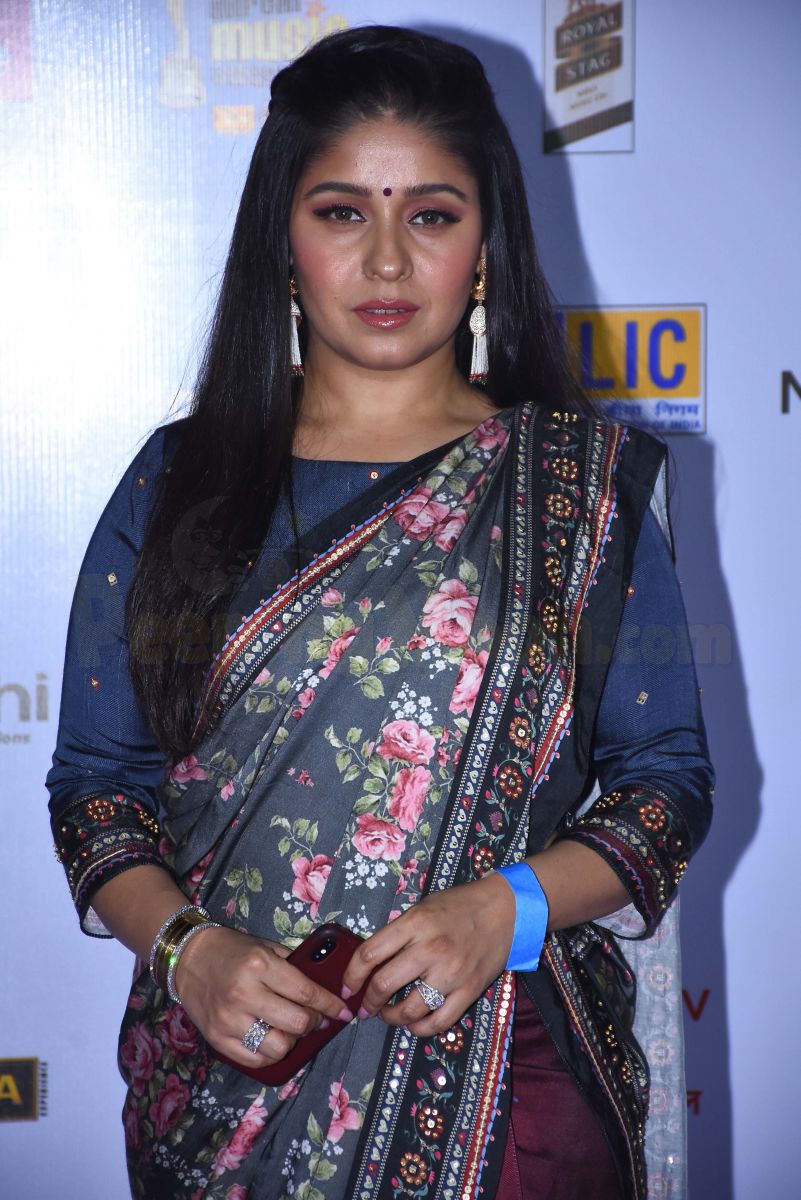 She rounded off her look with radiant glam and posed for the cameras happily.

Shreya Ghoshal joined celebrities at the awards too. The pretty singer was seen in a powder blue, heavily embellished dress.

Varun Sharma was snapped at the event too. 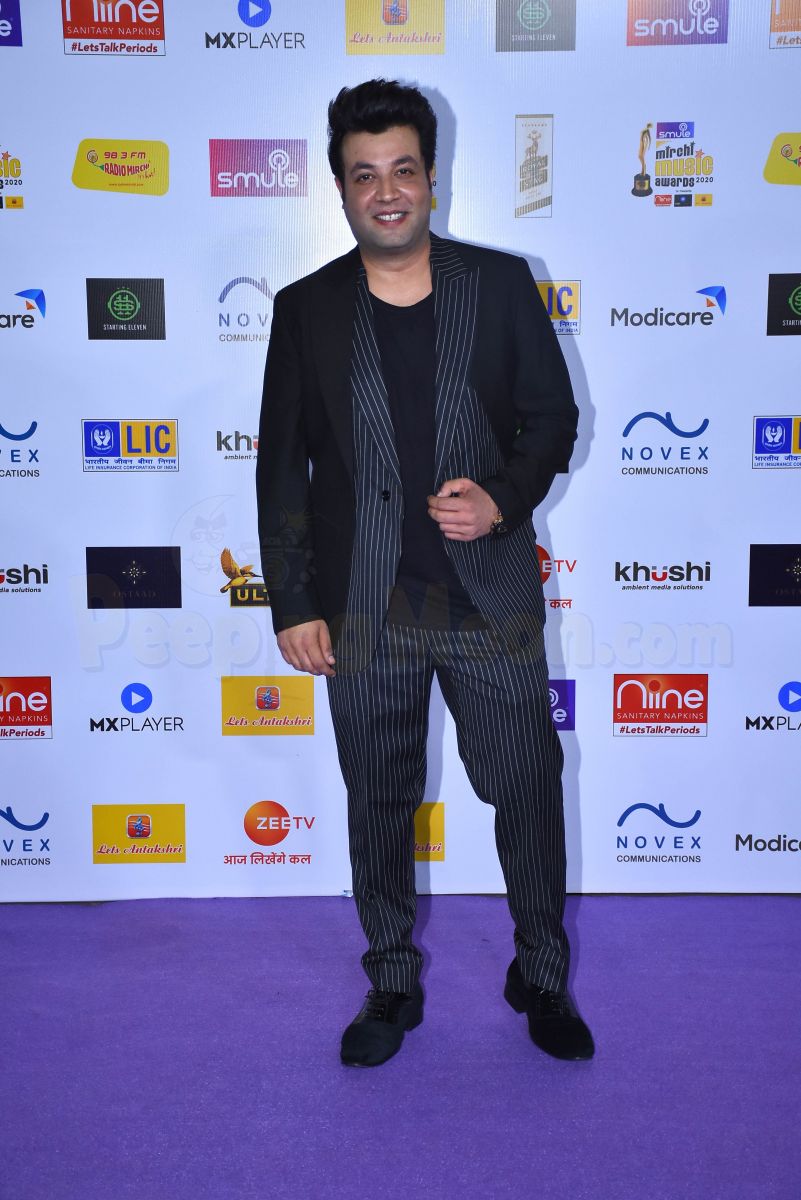 The actor opted for a suit for the night.

A R Rahman graced the awards function too. 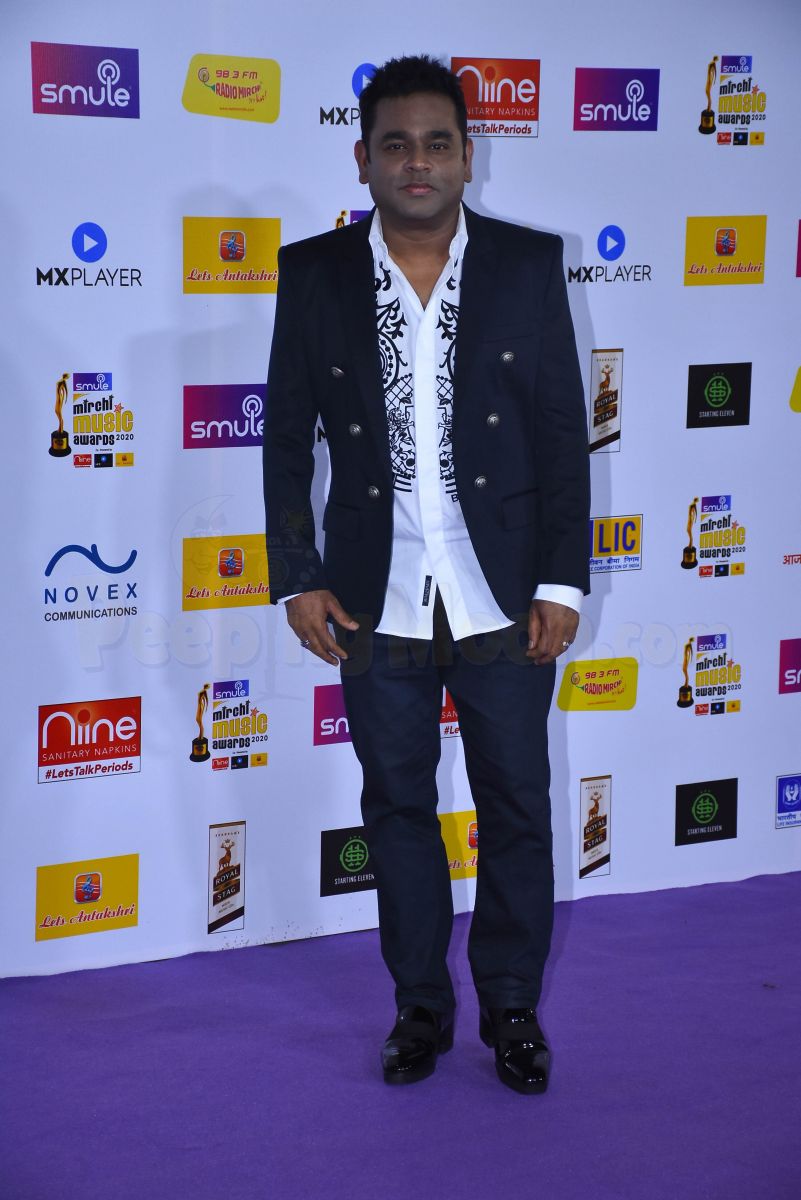 He was seen in a black jacket, pants and a white printed shirt.

Bhushan Kumar marked his presence at the event. 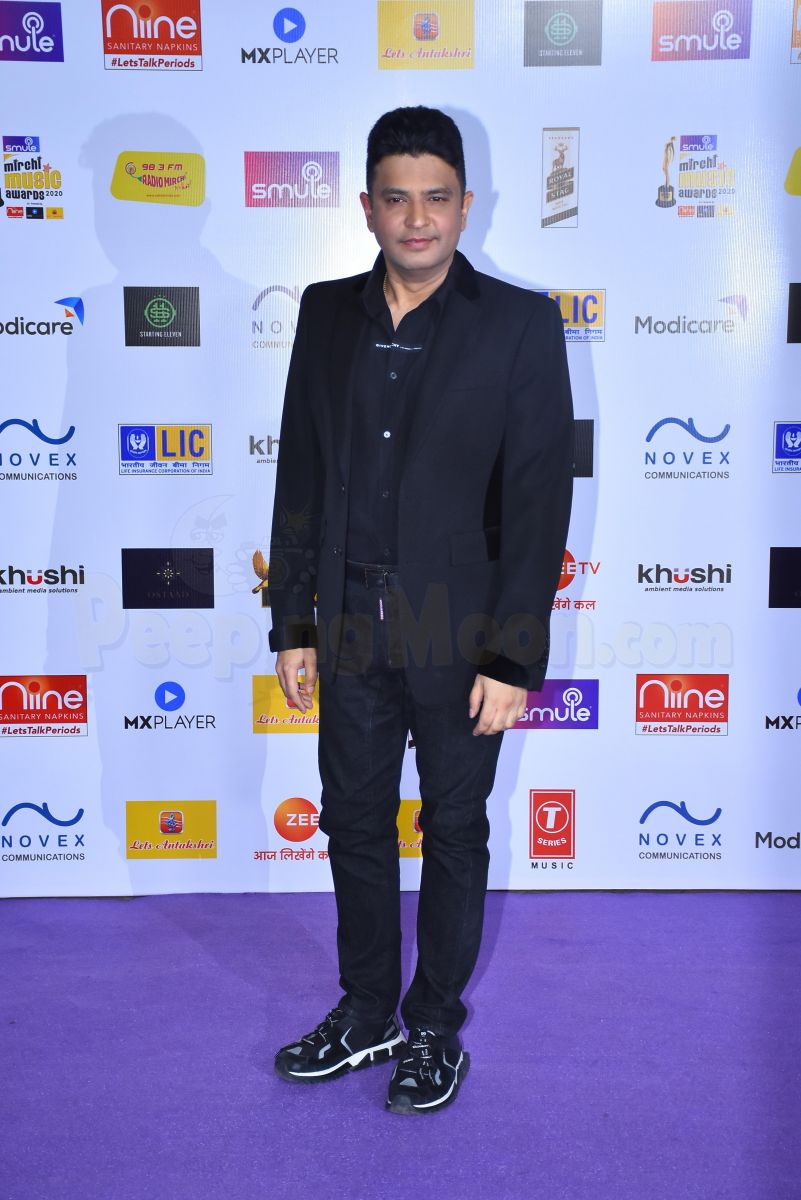 The head honcho of T-Series was seen in formals.

Karishma Tanna was at the event too. 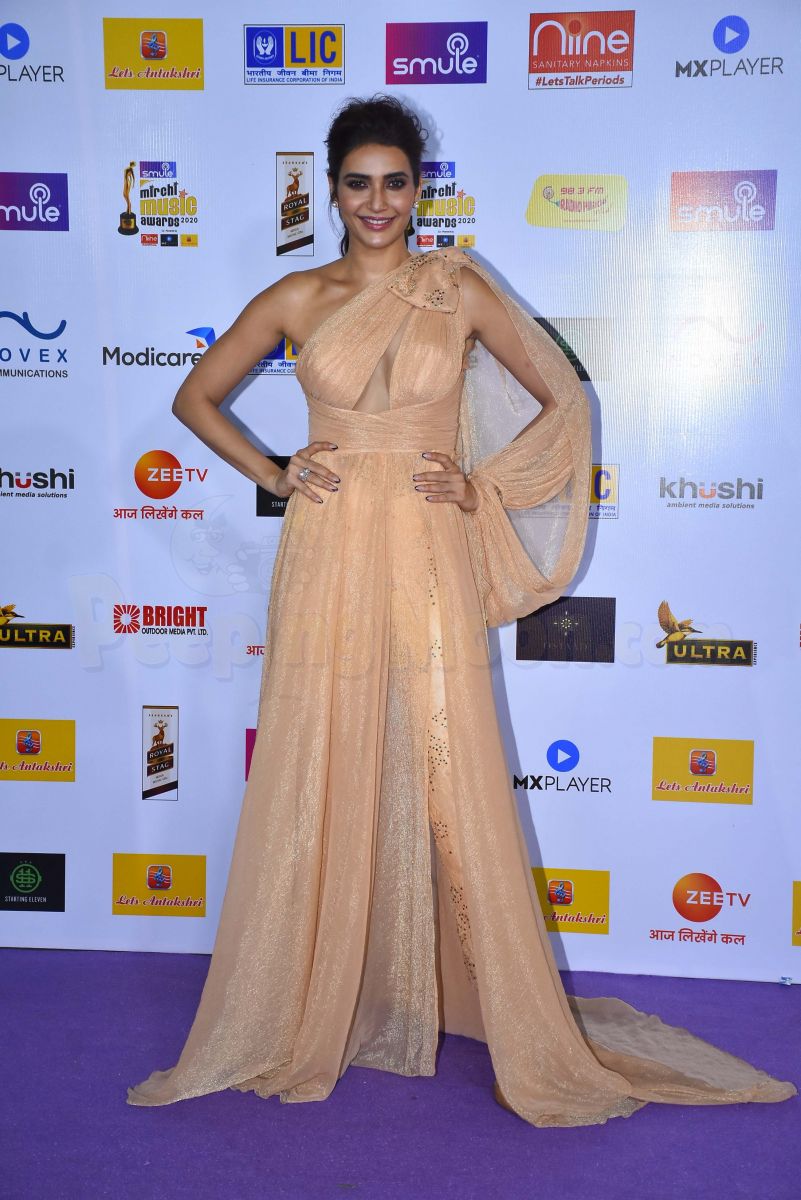 The actress stunned in a peach coloured dress.

Urvashi Rautela was clicked too. 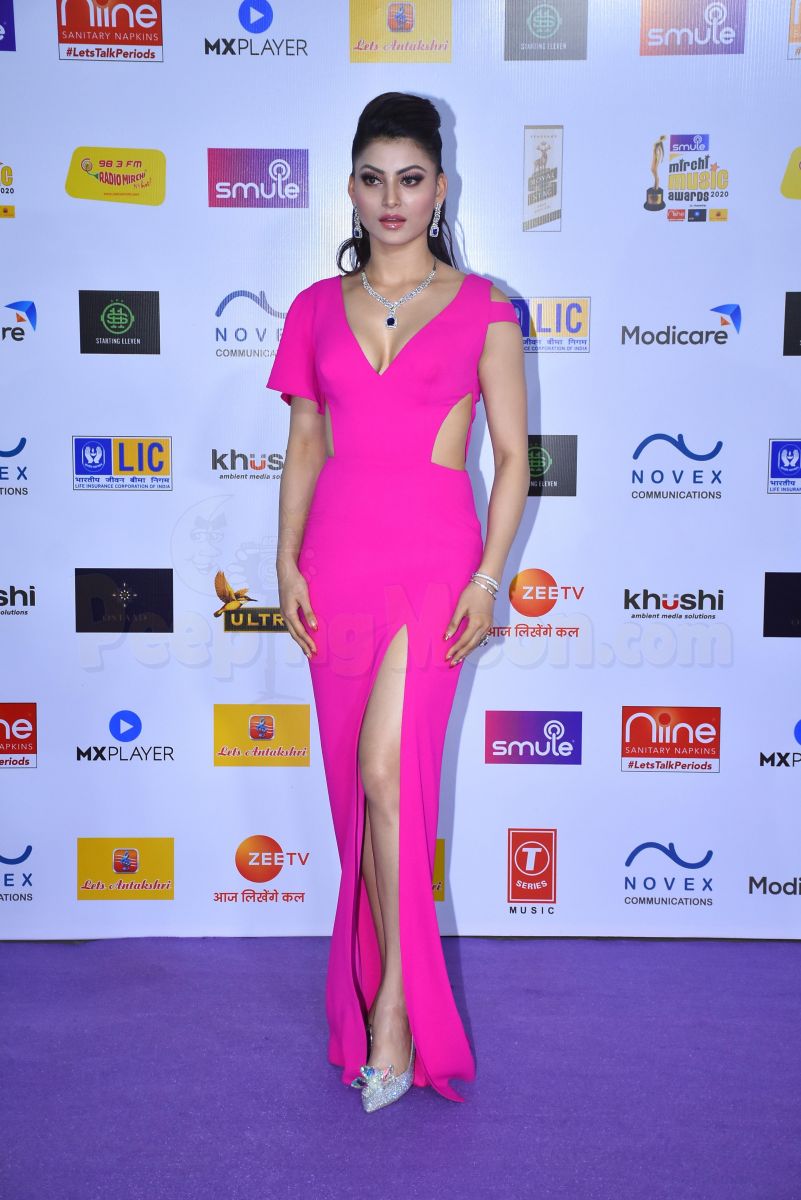 She was seen in a pink outfit.

Bappi Lahiri was clicked by our shutterbugs. 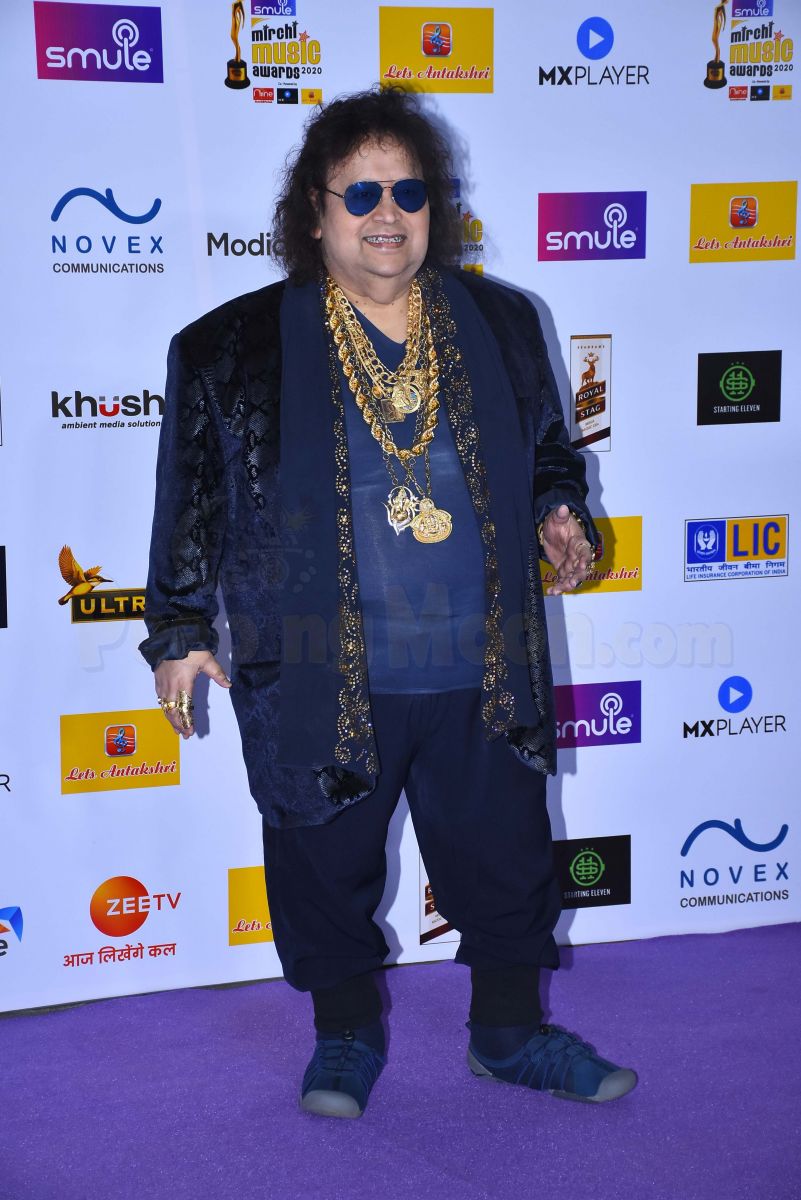 He opted for casuals and teamed it with his iconic gold jewellery.

Adah Sharma was at 12th Radio Mirchi Music Awards 2020 too. She went for a quirky pink outfit.