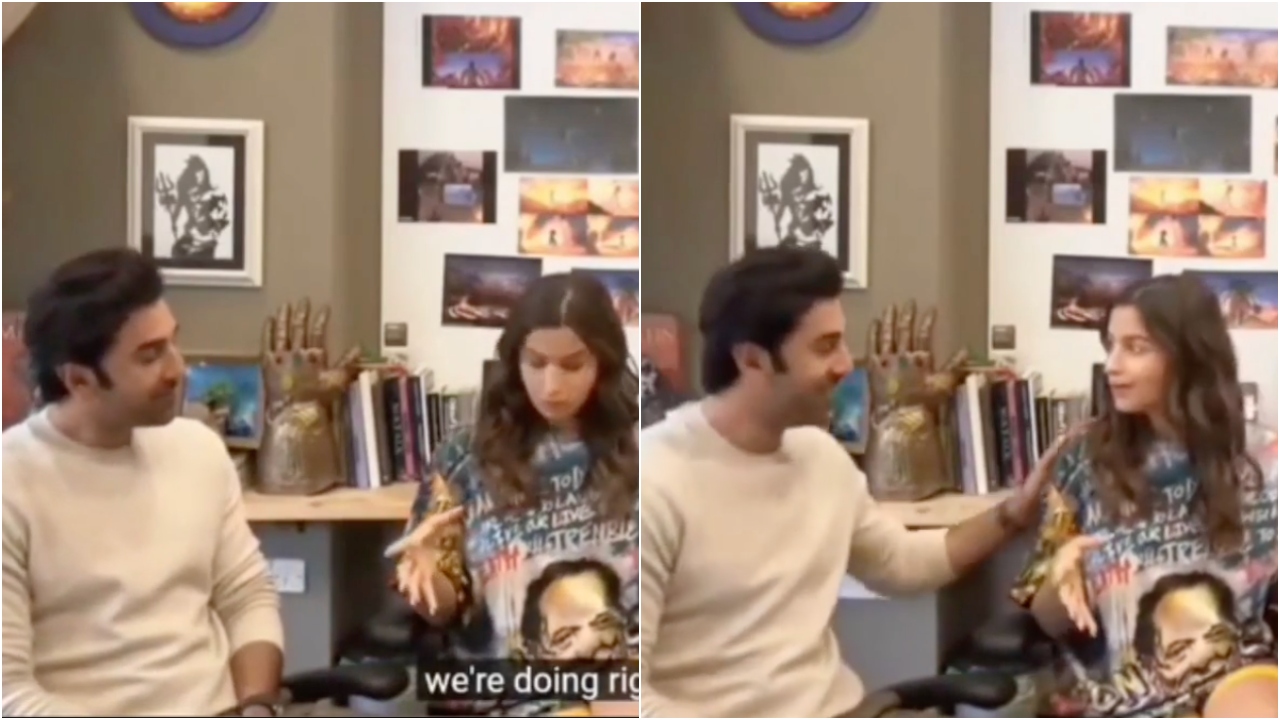 Ranbir Kapoor and Alia Bhatt are soon going to enter the next stage of their life as they are expecting their first child together. The couple, who tied the knot on April 14 this year, is currently busy promoting their first film together - Brahmastra.

Recently, on a live session, Ranbir and Alia were asked why they are not promoting their film extensively. To this, Alia said, "Of course, we will promote the movie, but if the question you are asking is why we are not phailod everywhere." To this Ranbir was quick to reply and said aiming at his wife's baby bump, "well I can say somebody has phailod." His sudden comment left both Alia and Ayan dumbfounded. Ranbir then laughed and said, "in a cute way".

Ranbir's comment was taken as a joke by Alia, however, a certain section on the internet started trolling the actor for being insensitive about his wife's weight gain due to her pregnancy. One of the comments read, "Eh, it isn't even a good joke. Most women already have a hard time accepting the changes pregnancy brings to their bodies, joking about it is just insensitive." Another user added, "Ayan cringed hard on that joke."

A user supported the Highway actress and wrote, "That phailoed comment tho :/// also really wish Alia would embrace her bump."