Advertisement
HomeBOLLYWOODENTERTAINMENT NEWSTaapsee Pannu opens up about her recent spat with the paparazzi, says 'even my parents don’t scold me in that tone' 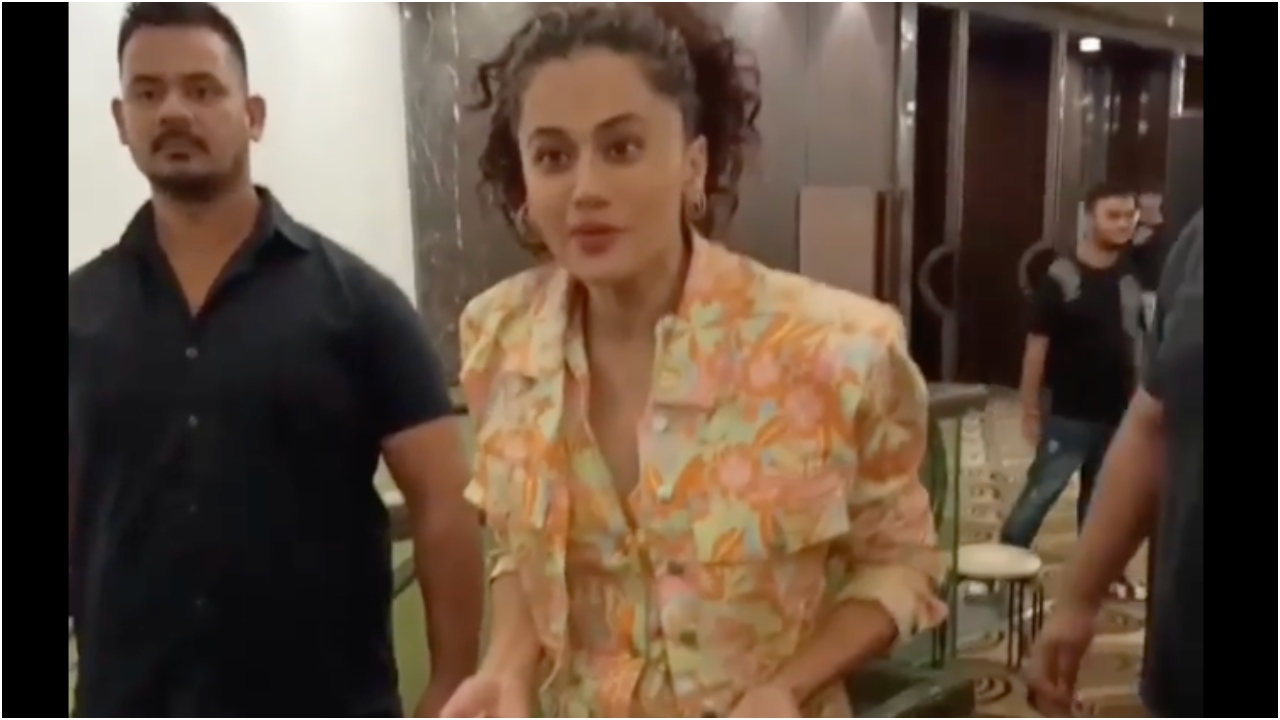 Taapsee Pannu opened up about her recent spat with the paparazzi. The actress, who is currently gearing up for her upcoming release, Dobaaraa, was in news for having an argument with the paparazzi present at a promotional event of her film. Recently, during an interview, the actress spoke about her altercation with the photographers.

Reacting to the same, Taapsee said that she would never lose her calm without reason. “Even my parents don’t scold me in that tone. I don’t even know how to describe it to you. I was given a schedule to follow. I was doing that. Why should I be at the receiving end of this tone, as if I have committed a crime?! We are not morons. We are not illiterates to lose our cool on video without reason. I refuse to accept that I was disrespectful to anyone. I was calm. I kept smiling respectfully, although that gentleman did not respect me at all. He kept making faces at me and talking to me in a derogatory tone. I did not want to retaliate. I folded my hands and accepted whatever he had to say,”

In the viral video, Taapsee was seen at an event for her film Dobaara where the photographers were heard saying, “Taapsee ji, rukiye. Do ghante se ruke hain Taapsee ji. Aap ruk kyun nahi rahi hain, Taapsee ji." After ignoring them for a few seconds, the actress stopped and responded. Taapsee, in Hindi, said, "Mujhe jo bola gaya main kar rahi hoon, aap mere pe kyu chilla rahe ho?" When the paparazzi told her that they have been waiting for her, Taapsee addressed one paparazzo and said, "Please talk to me in a respectful manner, I am just doing my work. I have arrived on time at every place I have been asked to. You will talk to me respectfully, I will also talk to you respectfully."

She further told, "The camera is on me, so only my side can be seen. If it's on you for once then you would have realised how are you talking to me." After a heated argument with the paparazzi, Taapsee folded her hands and said, "Aap hi hamesha sahi hote ho, actor hi hamesha galat hota hai."