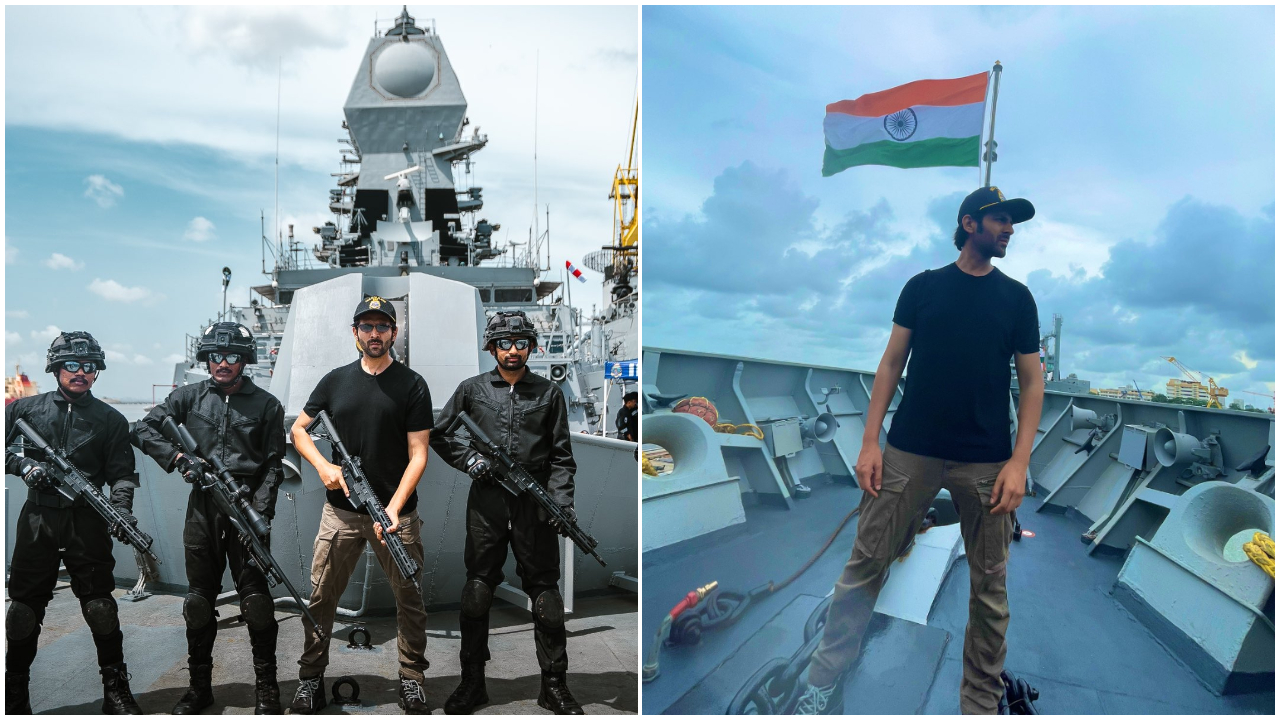 Kartik Aaryan sure knows how to win hearts. The actor who is basking in the success of his last release Bhool Bhulaiyaa 2, which is this year’s sole bona fide blockbuster Bollywood hit spent a day with the seamen of Indian Navy on the eve of India’s 75th Independence Day.

Taking to social media, Kartik shared several photos and videos of his day spent with the Indian Navy officers. He captioned the images and videos in Hindi and wrote, “ !! ”

RECOMMENDED READ: What is true is true, they are okay with putting it out: Karan Johar on revealing Sara Ali Khan and Kartik Aaryan’s relationship on Koffee With Karan 7

The videos and pictures show Kartik posing with the seamen in front of the Indian National Flag, as well as doing pushups on the stage with another Navy personal. He also could be seen rolling rotis and posing with a gun flanked by the other commanders of the Indian Navy. The actor also performed for the defence personnels.

Meanwhile on the work front, Kartik is all set to reportedly start shooting for his upcoming film SatyaPrem Ki Katha in Gujarat with Kiara Advani from next month. He has just wrapped Shehzada opposite Kriti Sanon and has quite a few lucrative projects in his kitty including Freddy, Captain India etc.