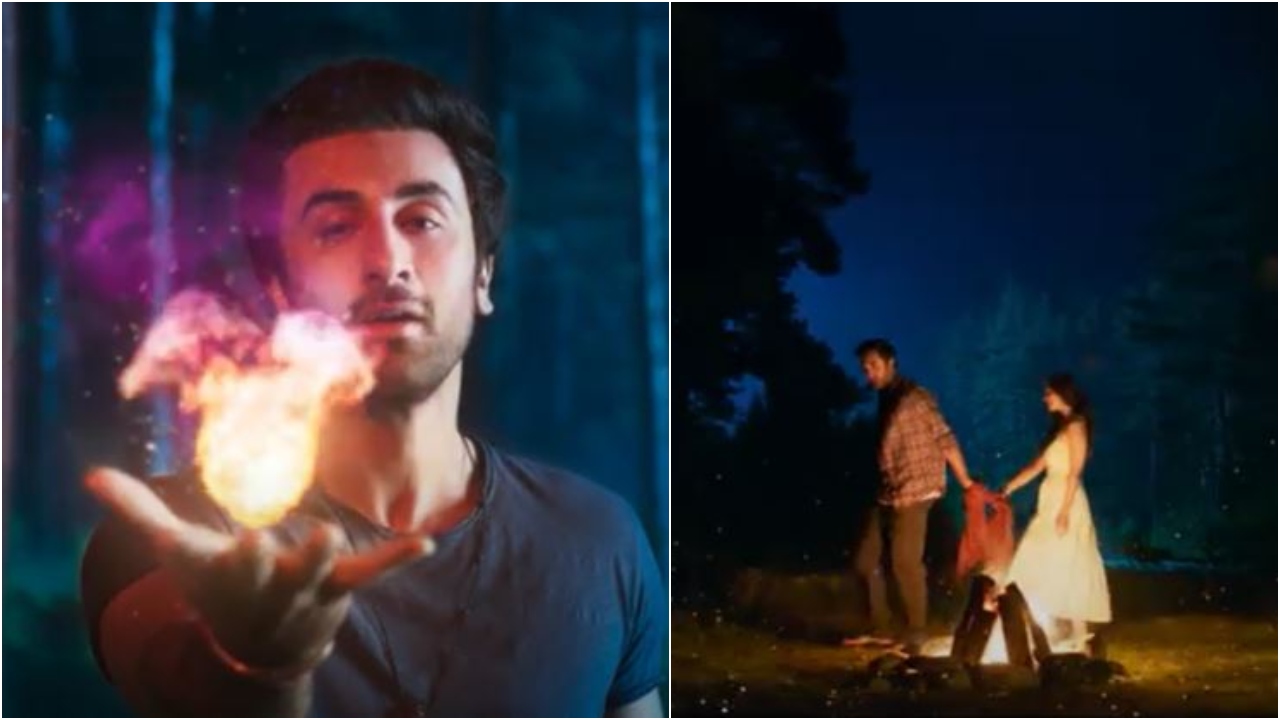 What is it like to blend Hindu chants with peppy foot-tapping beats that one can generally hear at parties? The answer is Deva Deva from Ayan Mukerji's Brahmastra. Picturised on Ranbir Kapoor and Alia Bhatt, the song has premiered today. Deva Deva is the second song from Brahmastra after the chartbuster Kesariya.

Deva Deva is primarily centered around Ranbir's character Shiva who has the power to emit fire from his palm. In the song, Shiva explores his superpowers. Finally coming into his own element, he accepts his hidden powers that are capable of bringing a change. Isha, his partner, joins him in his journey too.

Deva Deva is sung by Arijit Singh and Jonita Gandhi. It is written by Amitabh Bhattacharya and the music is by Pritam. Deva Deva is said to be the "Soul Of Brahmstra".