Varun Dhawan and Janhvi Kapoor’s Bawaal wraps the last schedule in Warsaw, Poland; share a cool video from the sets 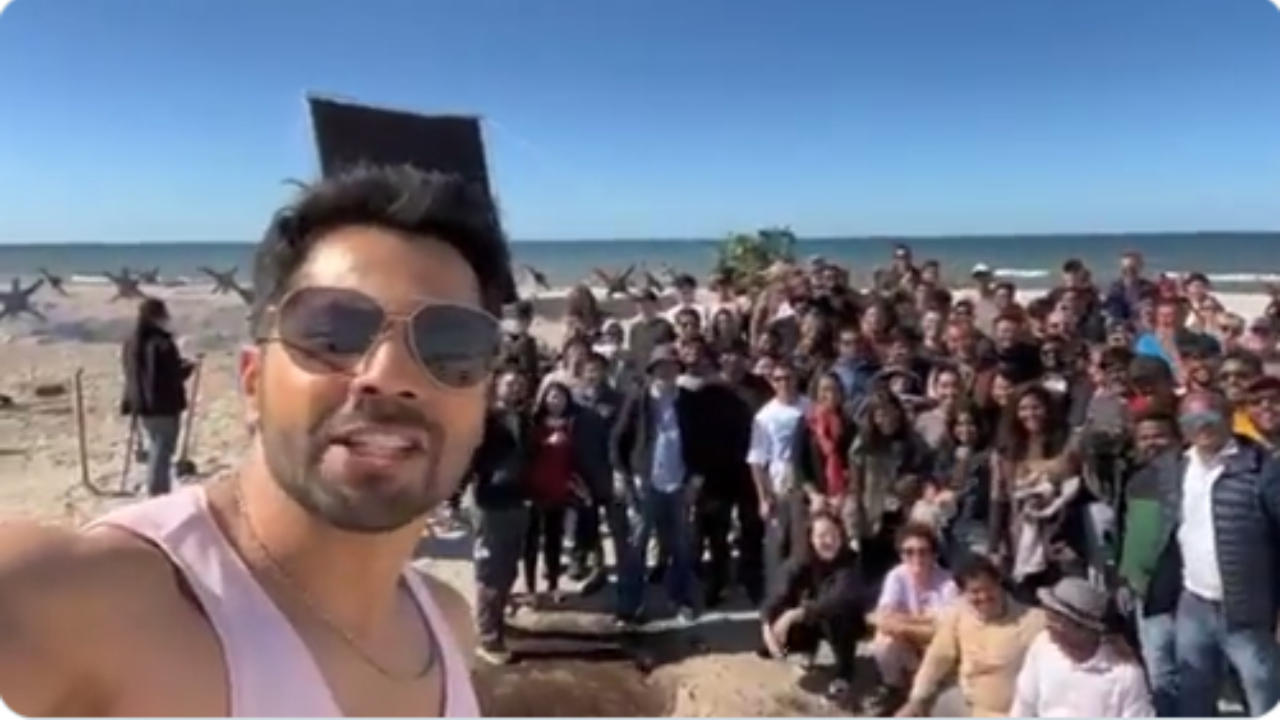 The team of Sajid Nadiadwala’s upcoming film Bawaal has been shooting in different locations. Starring Varun Dhawan and Janhvi Kapoor in lead, Nitesh Tiwari’s directorial have finally wrapped up the last schedule of the film and the makers bring up a delightful video for the fans.

While taking to their social media, the makers shared a wrapping video of the film, where the lead actor Varun Dhawan captured a selfie video along with the team marking the end of the last schedule in Warsaw, Poland. While the cast and crew gave a big shout-out to Bawaal, the lead actor was seen saying to meet in the theaters on 7th April. They further wrote the caption, “Humne macha diya hain har jaga BAWAAL! Wrapping up the film in Ajju Bhaiyya Style! Agla Bawaal hoga theatres mein 7 April ko #SajidNadiadwala’s #Bawaal Directed by @niteshtiwari22.”

Meanwhile, the story writer of the film, Ashwiny Iyer Tiwari also marked the wrap-up on her social media with an 'A BAWAAL NOTE''. She further tagged the team in the caption with a heart emoji.

A few days back, the lead actress Janhvi Kapoor also shared her delight of working in the film as she wrapped up her schedule. Now when the film has finally wrapped, it has raised the anticipation of the audience to watch this cinematic wonder on the screens.