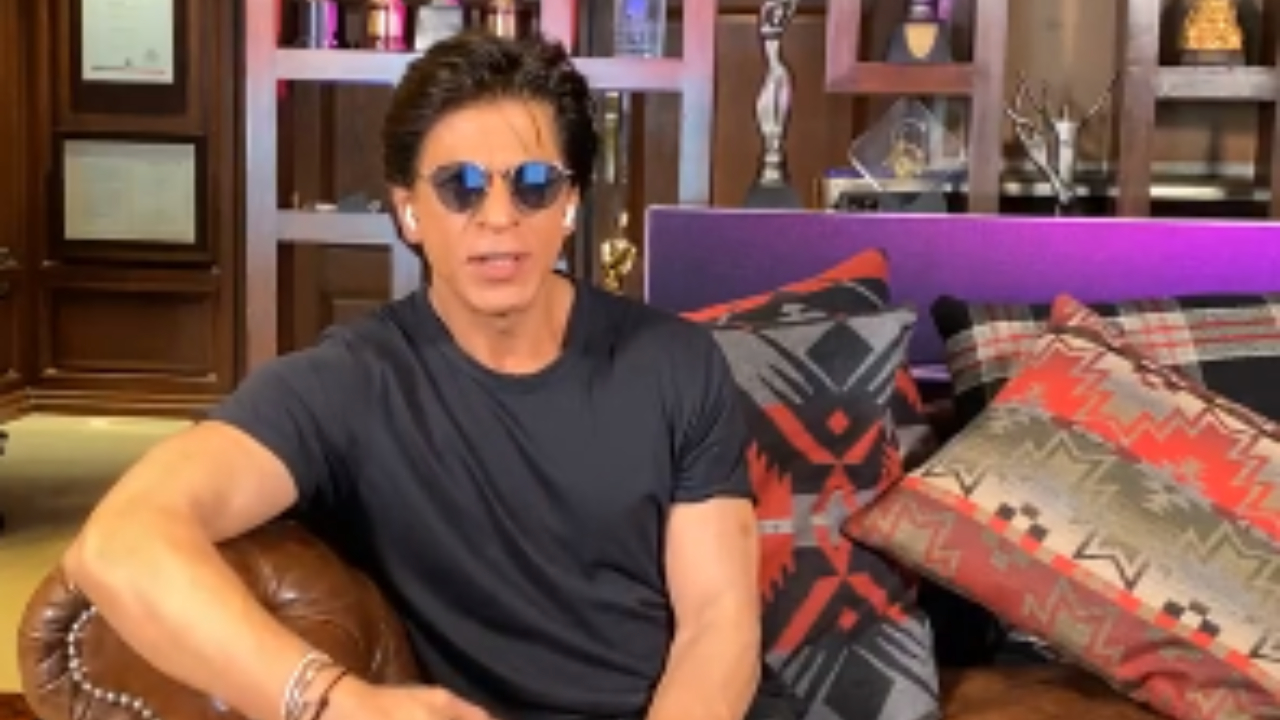 Shah Rukh Khan took to his Instagram handle today and held a rare live session with his fans as he completed 30 years in the Hindi film industry today since his debut in Raj Kanwar’s Deewana opposite Divya Bharti way back in 1992. Coinciding with his career milestone, SRK’s first look motion poster and release date for YRF’s Pathaan was also released earlier in the day.

In the virtual interaction, SRK spoke about his highly-awaited forthcoming films Pathaan and Jawan. He also revealed that the trailer for Pathaan will release in November or December this year. He spoke about several celebs including Salman Khan whom he called his brother. Salman had also shared Jawan’s motion poster when it was unveiled. Shah Rukh also answered fan queries and even exhibited his trademark wit saying that in Pathaan he and his co-star Deepika Padukone have the same hairstyle.

RECOMMENDED READ: Don't become a philosopher before you become rich: 30 life lessons by Shah Rukh Khan as he completes three decades in Bollywood to inspire and motivate you

Shah Rukh’s Pathaan poster broke the internet today. The motion poster revealed his closely guarded look and depicted the actor wielding a gun in one hand. SRK shared the first look with the words, “30 yrs and not counting cos your love and smiles have been infinite. Here’s to continuing with #Pathaan. Celebrate #Pathaan with #YRF50 on 25th January, 2023. Releasing in Hindi, Tamil and Telugu.”

Pathaan also stars Deepika and John Abraham. The film is directed by Siddharth Anand and is produced by Aditya Chopra under his production banner YRF. The film is slated to release on January 25, 2023. Besides Pathaan, SRK will also be seen in Atlee’s Jawan starring Nayanthara and Rajkumar Hirani’s Dunki with Taapsee Pannu. Jawan is slated to release on June 2, 2023 while Dunki will bow in theatres on December 22, 2023.