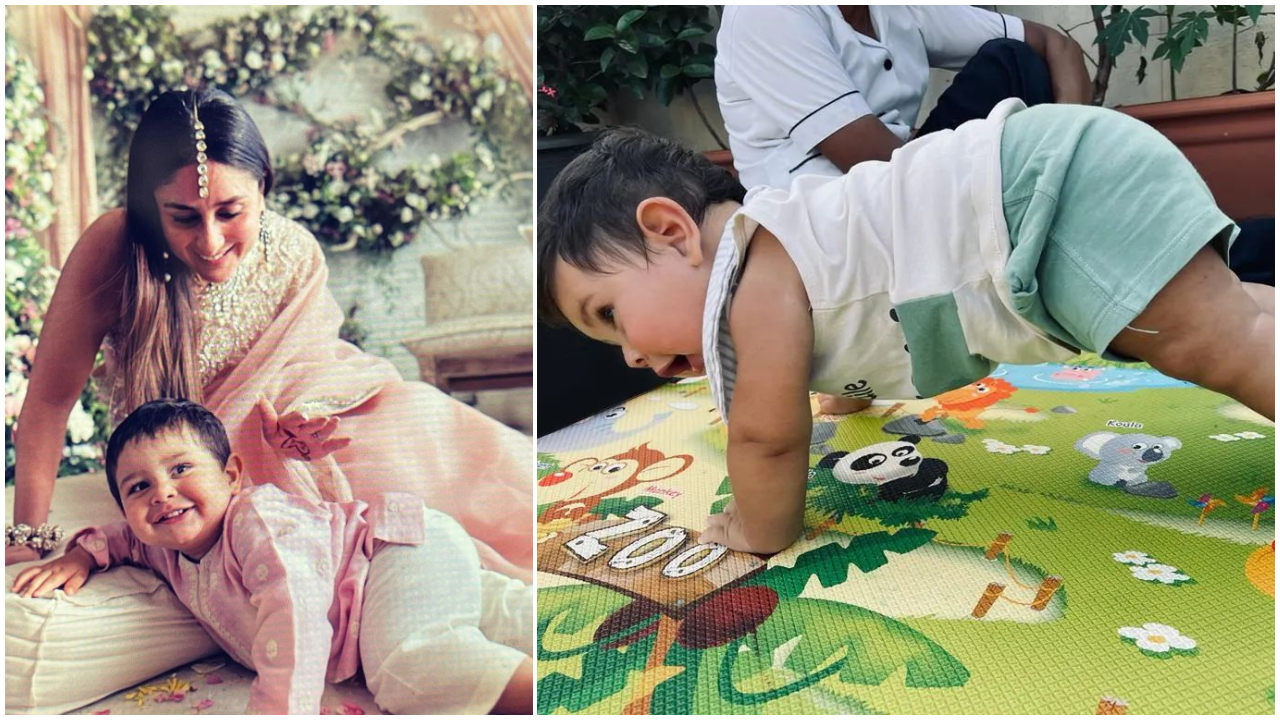 Taking to Instagram, Kareena shared Jeh’s picture and wrote, “BALANCE… such an important word to life and Yoga Happy International #YogaDay people…My Jeh baba.” In the picture, Jehangir can be seen playing on a colourful mat with pictures of several animals and ‘zoo’ written on it. The little kid can be seen trying to stand on all fours in the photo. He is seen wearing a green shorts with white sleeveless T-shirt and a bib around his neck.

Jehangir aka Jeh as he is fondly called is the second son of Kareena and Saif Ali Khan. The celebrity couple also has an elder son, Taimur Ali Khan. Jeh was born on February 21, 2021 and turned one-year-old this year.