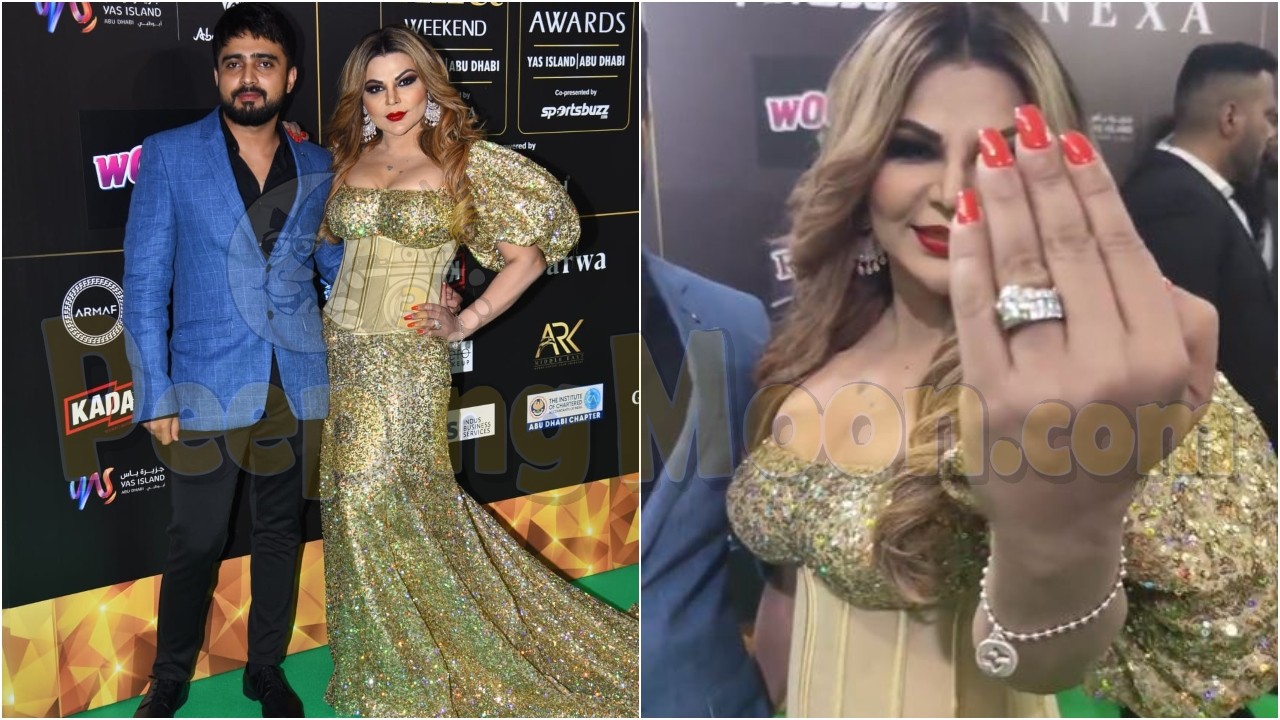 Rakhi Sawant has found love once again in Adil Khan Durrani. A few weeks ago, she herself confirmed that they are in a live-in relationship at present. Now, Rakhi attended the much-awaited IIFA in Abu Dhabi with Adil. He made his first green carpet appearance.

Talking to the media, Rakhi flaunted a huge diamond on her finger and confirmed that she is engaged to Adil. The actress further blushed when he made their engagement official. Rakhi added that Adil was quick to propose to her. When asked about their wedding, the actress said that they haven't given it a thought yet. She also shared that it will not happen in the near future.

Rakhi was apparently married to businessman Ritesh Singh. However, she was not his legal wife. On the eve of Valentine's Day, Rakhi announced her separation from Ritesh. She introduced him to the world on Bigg Boss 15. In a statement, Rakhi said, "Dear friends and well-wishers just wanted to say that Ritesh and I have decided to part ways. After the Bigg Boss show a lot has happened and I was unaware of certain things which were out of my control. We have tried to work out differences and tried to make things work but I think it’s best we both move on amicably and we both enjoy our lives separately."

After this, Ritesh was reportedly approached for Kangana Ranaut's Lock Upp but he didn't take it up.

'Richa Chadha and Ali Fazal have been legally married for 2.5 years, c