Brahmastra Part One Shiva teaser: Is that Shah Rukh Khan wielding the Trishul in Ranbir Kapoor and Alia Bhatt’s film? Twitterati believe they have spotted SRK 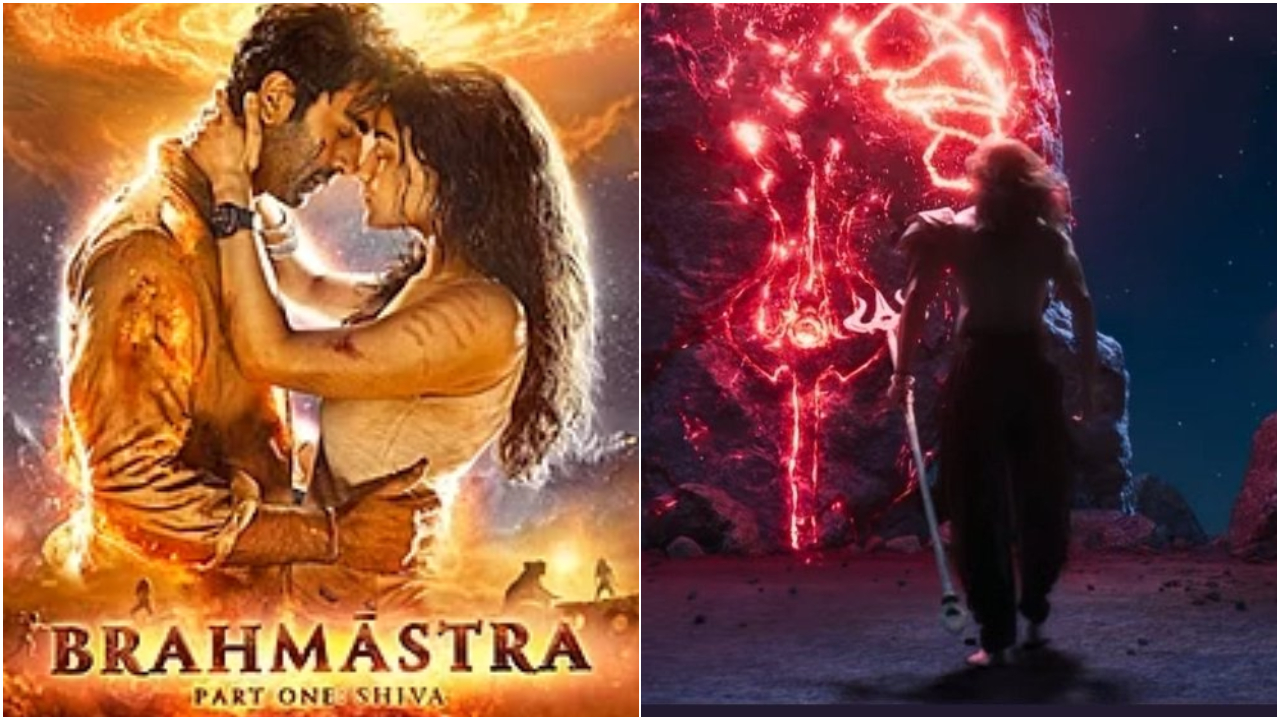 A new teaser of Brahmastra was dropped by the makers today on May 31, ahead of the trailer release date of June 15. While we got to see Ranbir Kapoor, Alia Bhatt, Amitabh Bachchan, Mouni Roy and Nagarjuna Akkineni as their onscreen avatars were revealed, one character remained unidentified and elusive in the clip. Now, eagle-eyed netizens have deduced that it is Shah Rukh Khan who is speculated to appear in the film for an extended cameo. The teaser also shows Mouni’s antagonist character.

Ranbir, SS Rajamouli and director Ayan Mukerji headed to Vishakhapatnam today to promote Brahmastra Part One: Shiva. In fact, May 31 marks 100 days to Brahmastra’s theatrical release and in anticipation the makers revealed the teaser and announced the trailer release date. While there has been no mention of SRK’s cameo, fans spotted an unidentified man with long hair, standing in front of a rocky structure with a trishul in his hand and that is how Twitterati ended up identifying the actor. Check out their tweets below:

May be This is #ShahRukhKhan #Brahmastra pic.twitter.com/wK77X2rRqM

Man he's looking like my man. SRK cameo in #Brahmastra
Waiting for trailer on 15 June...#ShahrukhKhan pic.twitter.com/4pjftUFSQ7

I was waiting this since 2016 & Finally going to experience The Astra Verse.
Damn excited for SRK's Role#ShahRukhKhan #RanbirKapoor #AmitabhBachchan #NagarjunaAkkineni #Brahmastra pic.twitter.com/SIr5NjdwBw

Clearly they simply don't intend to reveal #ShahRukhKhan 's role right now as that's gonna be one of the biggest attractions of the film. A horripilation of excitement seeing him alongside Ranbir Kapoor is something we would like to experience on big screen only.#Brahmastra

i'm so curious about #shahrukhkhan character in #brahmastra !! pic.twitter.com/RkxSmcAitC

The guy in second picture is most probably #ShahRukhKhan .

And the reason for it :

SRK’s cameo was confirmed by producer Karan Johar when he appeared on Producers’ Round Table for an online portal and reportedly said, “I’ve realized that it takes time when you make a film, you’ve got to give it time. You’ve learned the power of storyboarding; you’ve learned the power of also working with people who really care about your film. They didn’t just sign your film because its money to them or it’s a commitment. It’s because they really believe in. If you’re doing something that large, you’ve got to have a crew that actually becomes organically embedded in that film’s fabric. And that’s what happened with Brahmastra. Like Nagarjuna, he came on board; Shah Rukh Khan has done a massive cameo for us. We thought it would be five days but he shot for 15 days. And without a question asked, he saw the vision of the sequence. It’s like Mr. Bachchan; he came just about like that. This is not just our film; it’s everyone’s film, you can take ownership on it. Tomorrow, the producers list is large, the actor list is larger. It’s like we’re all just like part of this one big mega film that just needs the world to watch it. So, we like literally want every center in this country and world to come out and watch because we don’t need it just for the money; we need it to kind of validate the seven years.”

Reportedly, Shah Rukh will play the role of a scientist who is working towards creating powerful energy; Mouni as the main antagonist steals this and then begins the hunt to find the Brahmastra. Brahmastra Part One: Shiva is all set to release on September 9, 2022.