Even as politicians began sparring over the killing of Punjabi rapper and celebrity Sidhu Moosewala on Sunday evening, people from the entertainment industry reacted to the death with shock and disbelief. US Rapper Drake offered condolences at the death of the Punjabi singer.

On Monday, Drake took to Instagram Stories to share a picture of Sidhu and his mother. He wrote, "RIP Moose" and added a bird emoji. Sidhu, who was also a Congress leader, was shot dead on Sunday by unidentified assailants in Punjab's Mansa district, a day after the Punjab government curtailed his security cover. 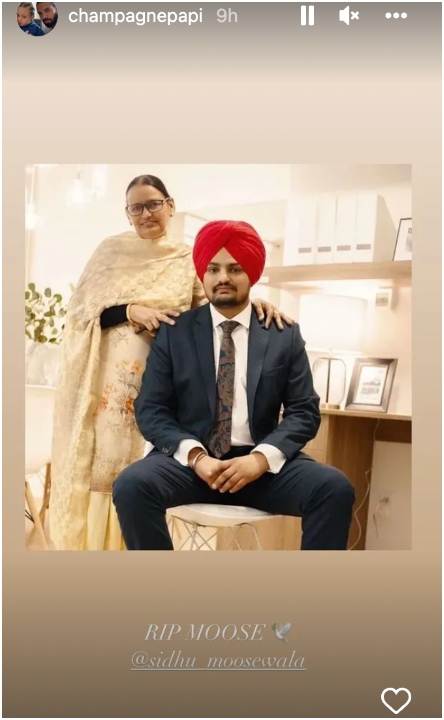 Born on June 17, 1993, Shubhdeep Singh Sidhu, professionally known as Sidhu Moosewala, hailed from the village Moosewala in Punjab's Mansa district. He held a degree in electrical engineering and was often seen to be openly promoting a gun culture and glorifying gangsters in his provocative songs.