Akshay Kumar and Manushi Chhillar's Prithviraj is one of the much-awaited and talked-about films. It will release in theatres on June 3. Just a few days before the film's theatrical release, the makers at Yash Raj Films have taken a call to change its title. Now, the new title of this Chandraprakash Dwivedi directorial is Samrat Prithviraj.

In a statement, Yash Raj Films reacted to Karni Sena's demand of changing Prithviraj's title. The statement read, "As per the multiple rounds of discussion between us, and to peacefully and amicably resolve the raised grievance, we will change the title of the film to Samrat Prithviraj. We are highly appreciative of the mutual agreement reached between us that you have no further objections with regards to our film and that all other points raised by you earlier are no longer a point of contention between us." 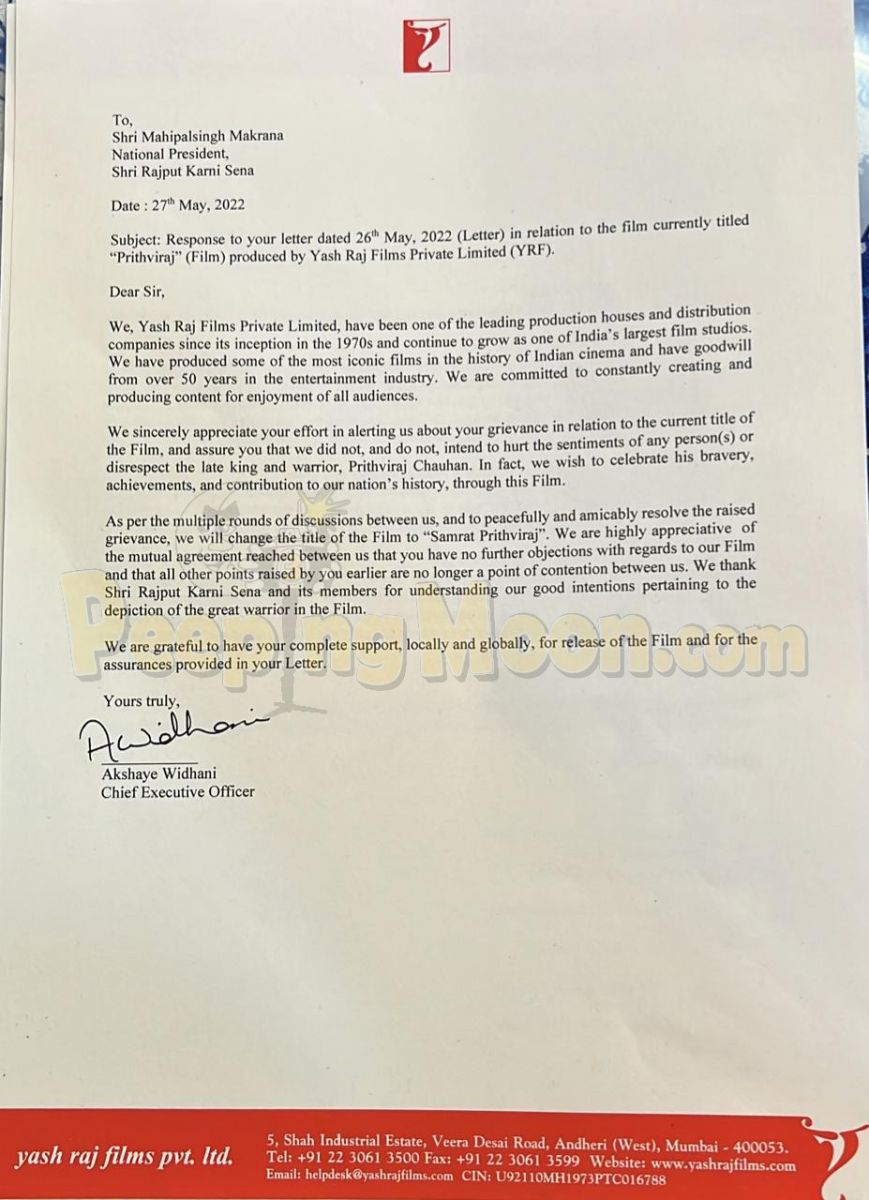 Recommended Read: Prithviraj new trailer: Akshay Kumar becomes a force to be reckoned with under the guidance of Sanjay Dutt and Sonu Sood