Karan Johar did a legendary cameo in Shah Rukh Khan and Kajol starrer Dilwale Dulhania Le Jayenge (DDLJ) and assisted Aditya Chopra (who was also making his directorial debut) as an assistant director for the first time on the sets of the film. However, KJo’s father Yash Johar was not very gung-ho about Karan working under Aditya and instead wanted him to work with another more renowned filmmaker who was none other than Aditya’s father Yash Chopra. However, DDLJ went on to become one of India’s biggest hits of all time and cemented Aditya’s place as a top-notch director in Bollywood and helped Karan find his footing as well.

In an old interview from 2001, Karan spoke about his late father and revealed how he wanted him to work under Aditya’s father, the late filmmaker Yash Chopra. In an interview to journalist Karan Thapar on his BBC show Face to Face, KJo said, “My father asked me… why are you assisting Aditya. Assist Yash Chopra. He’s the big man. I said something makes me feel I should assist him. Just give me a year… and let me see what happens.”

Karan also spoke about how he accidentally landed the cameo of SRK’s friend in the film and said that he got offered the part after an actor fell sick in Mumbai and could not join the film’s crew in Switzerland on time. He said that it was SRK who pressurized Aditya in offering him the role and said, “There was somebody else who was to do it. We were in Switzerland. The boy who was supposed to do it, he got malaria in Bombay (Mumbai) and he could not fly down. So suddenly, Shah Rukh and Adi (Aditya Chopra) were looking very upset one day sitting in one of the chalets we were shooting in and Adi said the boy hasn't come but somebody has to do that role... I kept trying to think who could do it. Suddenly Shah Rukh said 'I know who is going to do it. It's going to be you'... I said I cannot do it, but finally they just made me do it.” 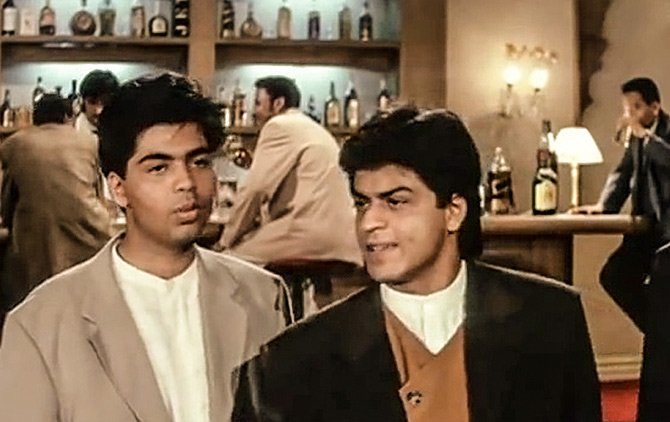 Karan turned 50 years-old today and ever since making his cameo and assisting Aditya Chopra, he has established himself as Bollywood’s most prolific and profitable filmmaker. He has managed to wear several hats in his career that of director, producer, writer, TV show host, anchor, reality show judge, actor and others.