On May 13, UAE President and Ruler of Abu Dhabi, Sheikh Khalifa bin Zayed Al Nahyan, breathed his last. He passed away at the age of 73 after battling illness.

After his demise, the Ministry of Presidential Affairs announced 40 days of mourning, with flags at half-mast. Offering condolences to the people of UAE, the International Indian Film Academy (IIFA) decided to postpone the awards ceremony. 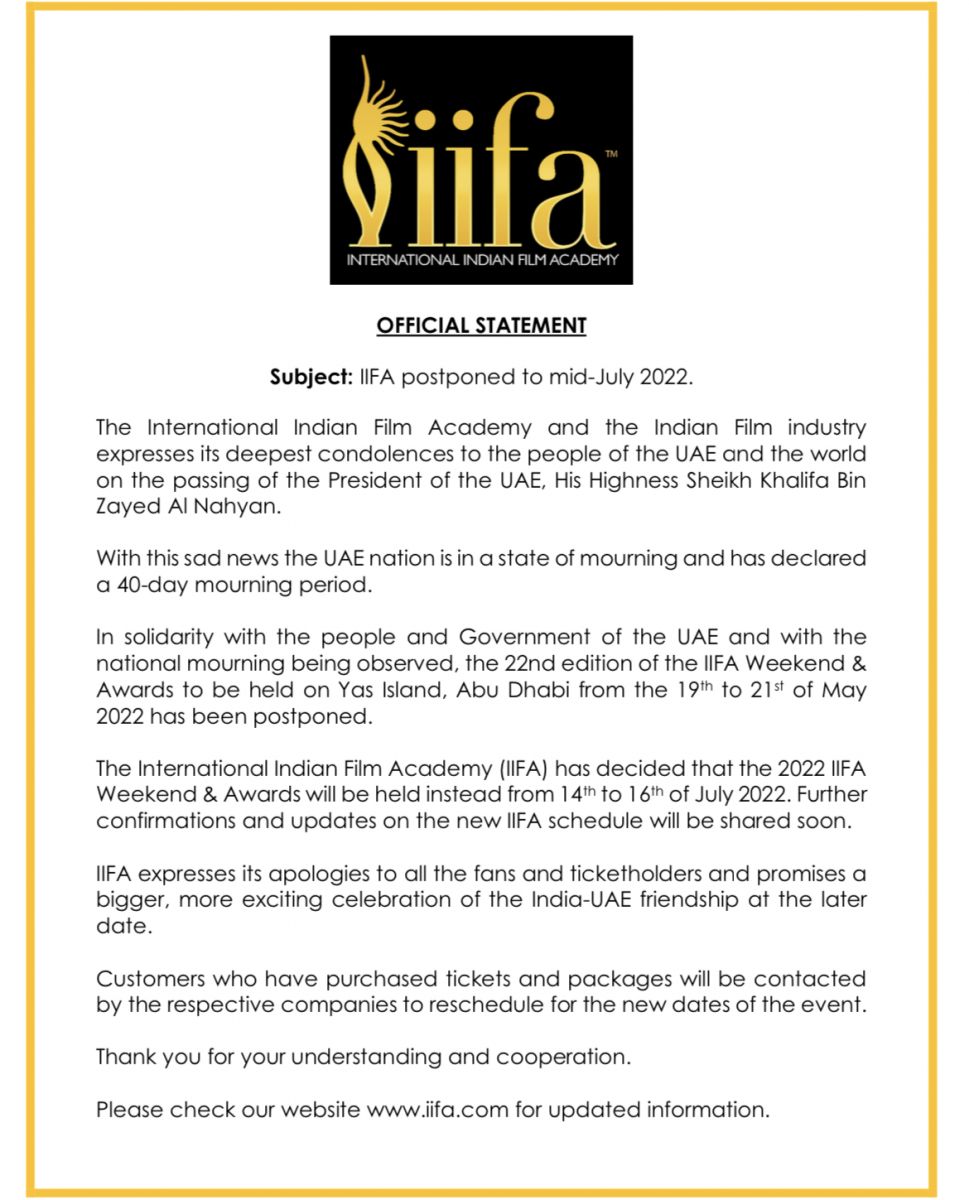 IIFA, one of the most-awaited award ceremonies, was scheduled to take place on Yas Island, Abu Dhabi from May 19 to May 21.

In a statement, the organisers of IIFA wrote, "The International Indian Film Academy and the Indian Film industry expresses its deepest condolences to the people of the UAE and the world on the passing of the President of the UAE, His Highness Sheikh Khalifa Bin Zayed Al Nahyan.With this sad news the UAE nation is in a state of mourning and has declared a 40-day mourning period. In solidarity with the people and Government of the UAE and with the national mourning being observed, the 22nd edition of the IIFA Weekend & Awards to be held on Yas Island, Abu Dhabi from the 19th to 21st of May 2022 has been postponed. The International Indian Film Academy (IIFA) has decided that the 2022 IIFA Weekend & Awards will be held instead from 14th to 16th of July 2022. Further confirmations and updates on the new IIFA schedule will be shared soon.
IIFA expresses its apologies to all the fans and ticketholders and promises a bigger, more exciting celebration of the India-UAE friendship at the later date."

Celebrities like Salman Khan, Ananya Panday, Varun Dhawan will be performing live for the audience.