Ajay Devgn burst on the silver screen 31 years ago with the blockbuster hit Phool Aur Kaante that cemented his place as an action hero. He made his thrilling Bollywood debut with Kuku Kohli’s directorial and is keen on remaking the film after three decades. However, he has a few conditions in place. In a recent interview with an online portal, Ajay expressed his desire to remake the popular film that had Madhoo as the female lead.

Talking about remaking the film, Ajay said, “I have thought of remaking Phool Aur Kaante. I mean changing the version. But a film like that will always need new actors, not somebody established. If I work something out also, it will be with someone new, a new talent." When asked whether he would like to helm the project as director, the actor said, “No, not really. Not necessarily." 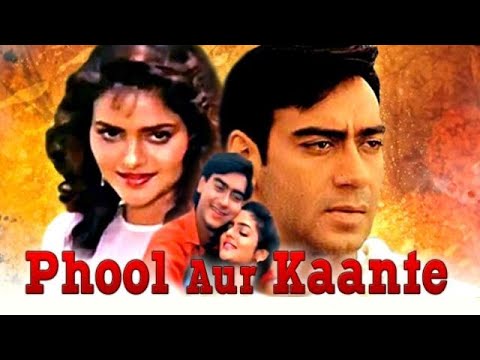 RECOMMENDED READ: Ajay Devgn opens up about wearing pilot's uniform in Runway 34, says 'it comes with a huge responsibility'

He also spoke about his journey of 31 years working in the industry and said, “I don't look back, I don't have time to look nor do I want to look back. I feel that the moment you look back, you are wasting your time not looking ahead. So, you might as well look ahead because those challenges are over and now new challenges are in front of you. I love my work, I love to wake up in the morning and go to work. After working for 30 years like this, the moment I have a day off, I can understand. However, on the second day off, I don't know what to do with myself.”

He further said, “In those 30 years of working, you forget a lot of things. You forget your hobbies, so you are not there anymore and then the only fear stays that 'ab toh woh bhi nahi bacha, aur yeh bhi nahi rehega, toh rehega kya'. That is the fear and the only thing I believe is that the moment you stop working, you will age 10 times faster. Also, for me, work is a stressbuster if I have some personal stress, issues or whatever. The moment I am at work, I forget about all that stress which is good."

On the work front, Ajay is looking forward to the release of his directorial venture Runway 34, which is slated to release on April 29. He also has Maidaan, Bholaa, Drishyam 2, and Singham 3 among others in the pipeline.