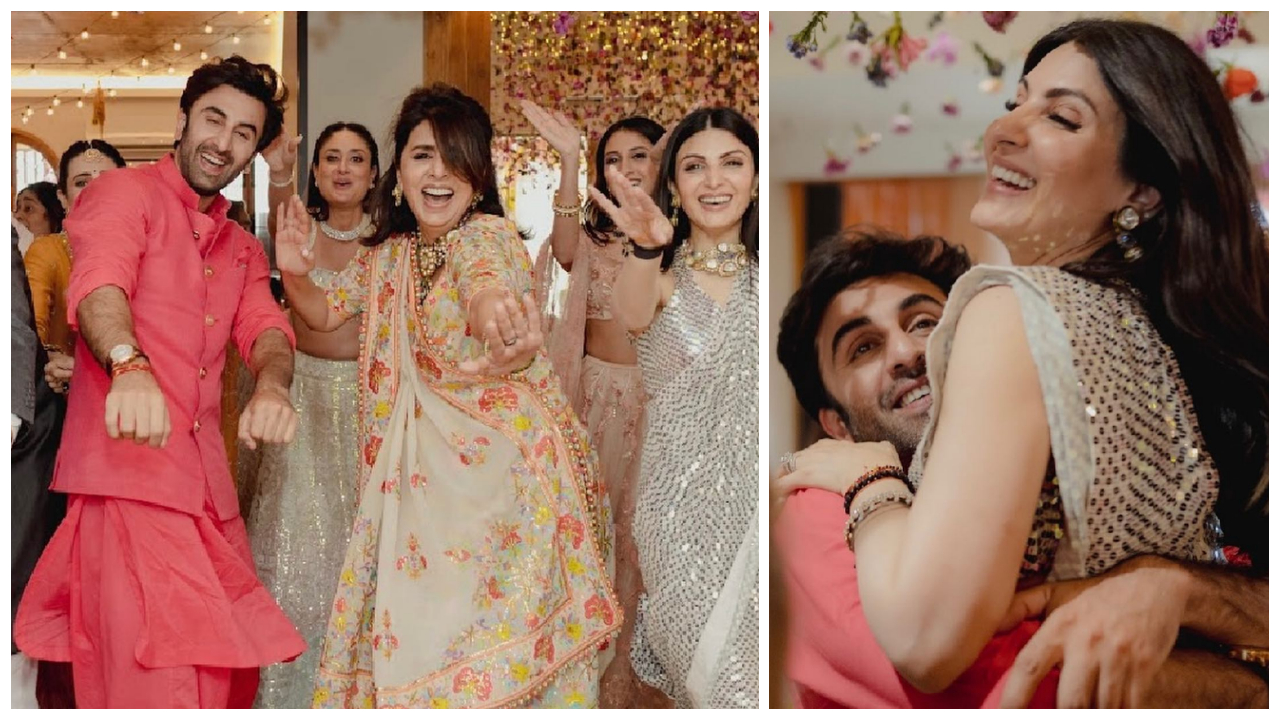 Ranbir Kapoor and Alia Bhatt’s mehendi ceremony from their wedding was all about dance, fun and masti. Today, several pictures from the pre-wedding festivities have been shared on social media by Alia and Ranbir’s mom Neetu Kapoor and sister Riddhima Kapoor Sahni. The pictures look super fun as Ranbir and Neetu along with Karisma, Kareena, Riddhima and her husband Bharat Sahni can be seen dancing an impromptu jig. On the other hand, another picture that caught our attention was where Ranbir lifted Riddhima that surely shows their love for each other.

Neetu shared the pics with the caption, “Mehendi mast,” with a heart emoji.

Alia and Ranbir got married on April 15, 2022, while the mehendi and sangeet ceremonies were held on April 14.