Advertisement
HomeBOLLYWOODENTERTAINMENT NEWSThere's no time to stand and stare; I have gone from film to film very sincerely: Ajay Devgn on his career and delivering back-to-back hits

There's no time to stand and stare; I have gone from film to film very sincerely: Ajay Devgn on his career and delivering back-to-back hits 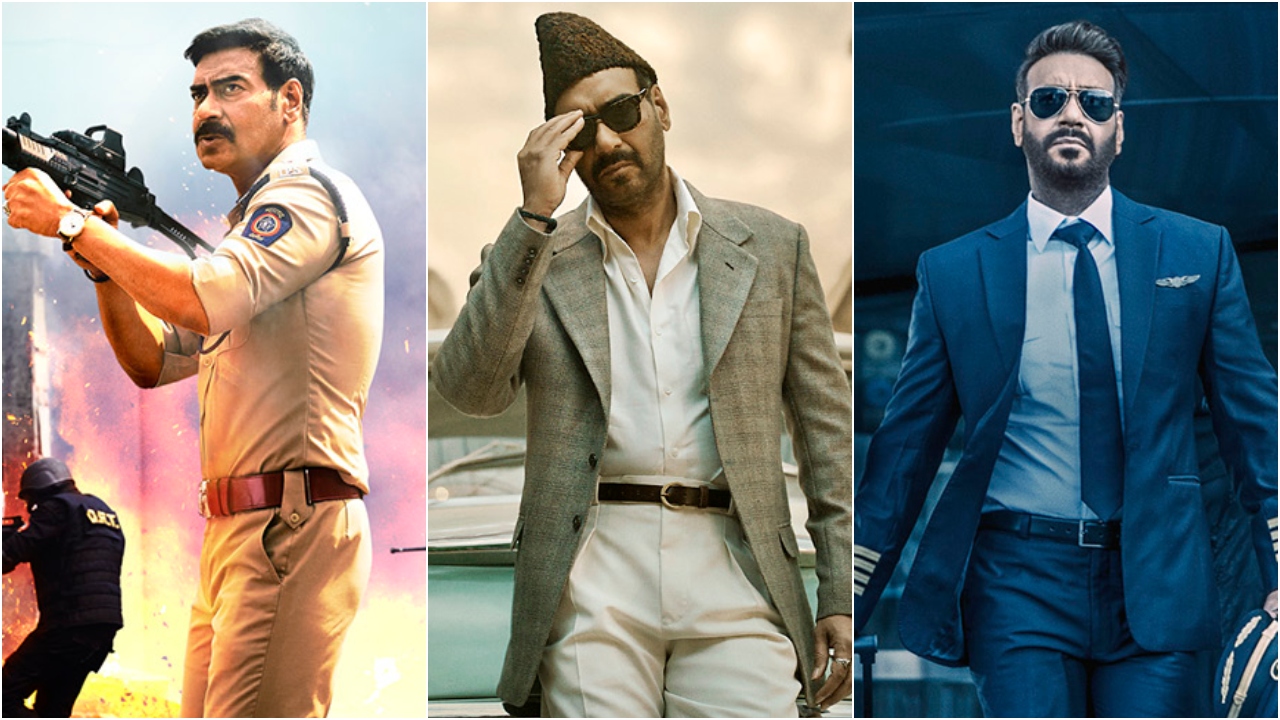 Get ready for some bells and whistles as actor-filmmaker Ajay Devgn gets ready for yet another biggie Runway 34 around Eid, April 29. In November last year, Ajay brought the house down with his seetimaar entry in hit-machine Rohit Shetty's cop-universe Sooryavanshi alongside box-office superstars Akshay Kumar and Ranveer Singh. Then in February, he followed up his blasting act with yet another thrilling entry as don, Rahim Lala in Sanjay Leela Bhansali's Rs.100-cr hit Gangubai Kathiawadi, where he appeared in an extended cameo as the protector of the protagonist, Alia Bhatt.

Trade analyst Taran Adarsh remarked on his supreme presence on the SLB social. And, just when the audience thought he would settle down with this one, daring Devgn appeared in yet another effective cameo in Indian cinema's biggest filmmaker, S S Rajamouli's RRR, a film that is currently a rage. Once again, he has brought the house down with his load, aim, shoot command. It's one of those exciting phases in the actor's career. Even after three decades in the industry, Ajay shows no signs of slowing down. In fact, the feather in his cap is his upcoming role as the suave, sexy, flight commander, Captain Vikrant Khanna, in the aviation-thriller, Runway 34, which lands on April 29.

Not one to rest on his past laurels, Ajay keeps his fans on their toes by giving them something new to look forward to each time. Just like the cop in Sooryavanshi was in sharp contrast to the don in Gangubai; the freedom fighter in RRR is diametrically different from the sophisticated pilot of Runway 34.  Diverse roles and diverse characters are what make this two-times National Award-winning actor's cinema's DNA so exhilarating.

As he gets set to surprise cinema-lovers with yet his thriller, Runway 34, there's a palpable excitement to be felt. Very matter-of-fact about the way his career is going, all you can get Devgn to admit to, is, "Honestly, there's no time to stand and stare. Be it Singham, Rahim Lala, Venkat Ram Raju or for that matter, Captain Vikrant Khanna, each of the roles was challenging. I have not stopped to look back and take stock. Instead, I have gone from film to film very sincerely. Most of my colleagues out there are equally charged and hard-working. I know if I don't keep moving ahead, then I will not be able to achieve as much. I'm all about the movies I make."