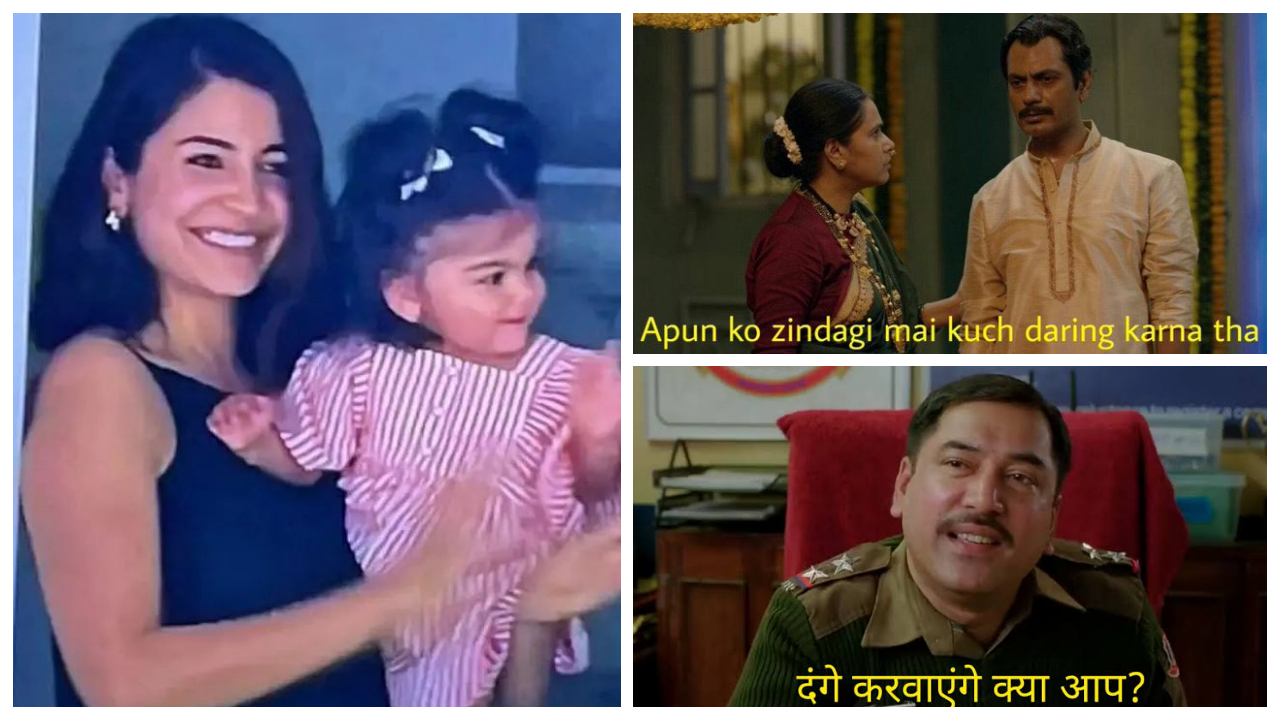 A day after Anushka Sharma and Virat Kohli’s daughter Vamika’s pictures and videos went viral on social media, the celebrity couple requested to not click images or publish it for reasons they had explained earlier. The couple has refrained from posting any pictures of their daughter on social media for reasons of privacy and keeping their daughter away from the limelight. However, after a year, Vamika was captured in the cameraman’s lens as she joined her mommy at the stadium and turned cheerleaders for Virat during the ongoing India-South Africa cricket series.

Several of Virat’s and Anushka’s fans took to social media to ‘troll’ the cameraman who ‘dared’ to broadcast visuals of the little girl. Many took to their handles to lighten up the mood and share hilarious Bollywood inspired memes including where they questioned Anushka’s judgement of bringing Vamika to the stadium and expecting not to be seen. Check out the hilarious memes that are lighting up the internet.

That cameraman who showed #Vamika face on TV rn: pic.twitter.com/4koHgioODm

Virat to all those Broadcasters and Cameraman of Supersport for showing Anushka & Vamika in the stands!

We'll, honestly it was terrible thing of them to do that by not respecting the privacy they needed!#AnushkaSharma #Vamika #Virat #Kohli pic.twitter.com/bz4FxOgMIz

Can someone check if the cameraperson is still employed? We all know what happened with Kumble because of that guy.

People who saw Vamika's viral pics realising they shouldn't have seen it pic.twitter.com/VS8AmhhWRq

Anushka to everyone who saw Vamika's viral pics during the match pic.twitter.com/3JUFUDfJjF

Here we go again
As if she is visiting stadium for the first time.
Off the guard ? Vamika was in your arms, Virat hit 50 it’s obvious that cameraman will concentrate on you.what is @AnushkaSharma @imVkohli even saying.Hypocrisy level #AnushkaSharma#VamikaKohli#ViratKholi pic.twitter.com/hq4aa5Nsn9

#VamikaKohli
Anushka reached to dr strange to vanish the memory of vamika, of those who have seen her in pic. pic.twitter.com/qGClhBjLPc

Anushka, on Monday, took to Instagram and posted a statement, writing that they were unaware that the camera was on them. She wrote, “Hi guys! We realise that our daughter's images were captured at the stadium yesterday and widely shared thereafter. We want to inform everyone that we were caught off guard and didn't know that the camera was on us. Our stance and request on the matter stay the same. We would really appreciate it if Vamika's images are not clicked/ published for reasons we have explained earlier. Thank you.”