As soon as the trailer of Deepika Padukone, Siddhant Chaturvedi, Ananya Panday's Gehraiyaan went out with a glimpse of its title track, It went viral on social media and fans have seen sharing their videos of singing the song. And now, Ananya has also seen singing the Gehraiyaan's title track on Saturday during the promotions of the film. A team member of Ananya has shared the video. The actress has also received some rave reviews from critics for her character.

Ananya also shared the video on her story in which she is singing the Gehraiyaan's title track. The actress looked pretty wearing a red-ord set with open hair and gold round hoop earrings. While taking to social media Ananya shared an amazing banter with a team member and they had a lot of fun therein. 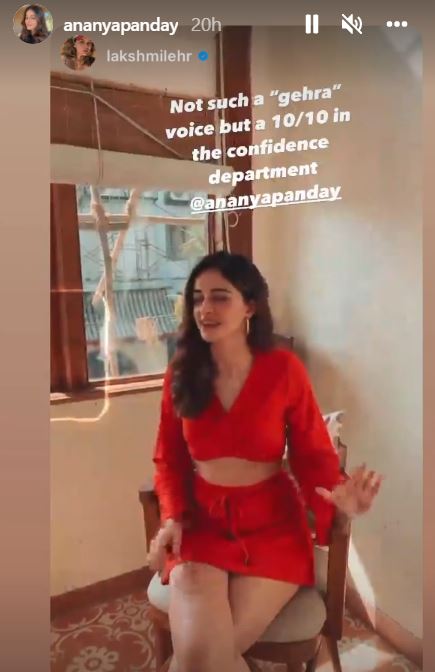 Sharing her memory from the making of Gehraiyaan on its trailer launch, Ananya revealed that she excused herself in the bathroom for 20 minutes, during the narration of the script, as she could not able to believe that she would be working with Shakun Batra.

Gehraiyaan will be releasing on February 11, 2022, on Amazon Prime Video. It is directed by Shakun Batra and backed by Karan Johar.