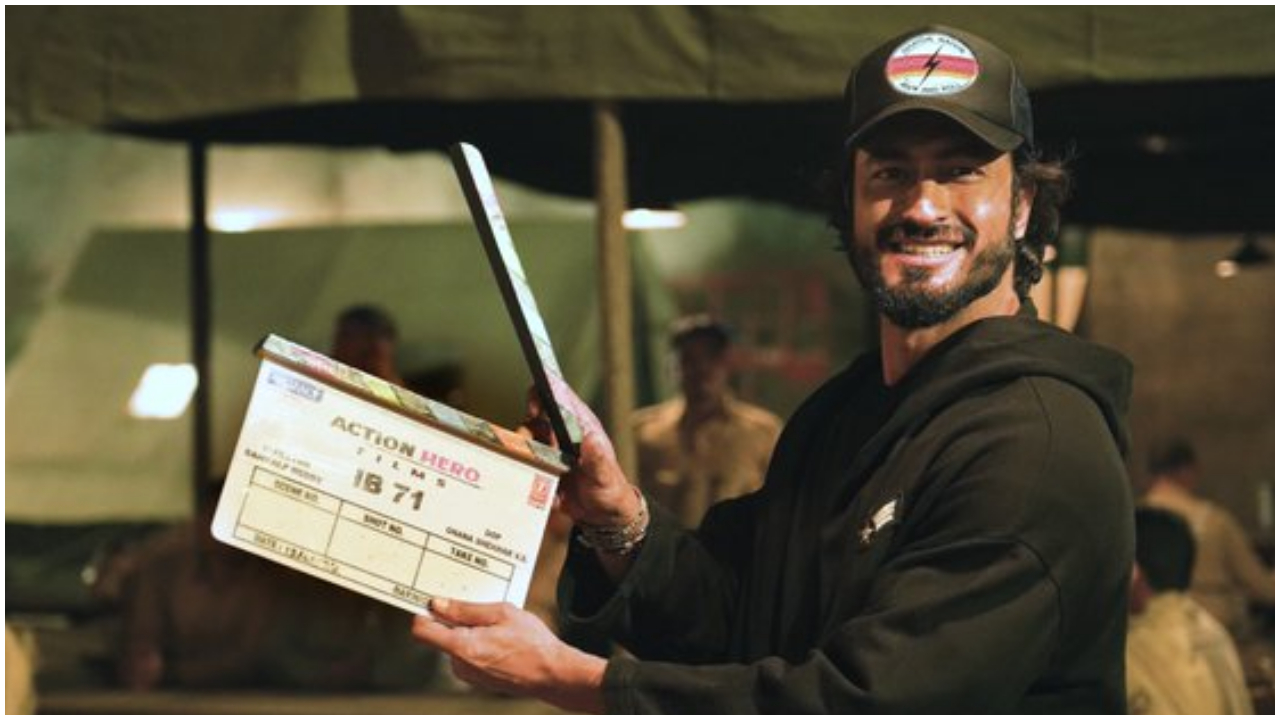 Vidyut Jammwal has started work on his first maiden production. The actor’s production house, Action Hero Films, joins forces with National Award-winning filmmaker Sankalp Reddy for a first-of-its-kind espionage thriller titled, IB 71. Vidyut kicked off the first schedule of the film today in Mumbai and announced the same on social media through a video.

Vidyut stars in IB71 as an Intelligence Officer, the story is based on a true incident on how Indian Intelligence Officers outwit the entire Pakistani establishment to give our armed forces an edge to win a two-front war.  Talking about the film going on floors, Vidyut wrote, “It's a new year for us & everyone at @ActionHeroFilm1! #IB71 our maiden film as actor-producer goes on floors. Salute to the intelligence officers of India who inspired it.”

An online portal quoted director Sankalp Reddy who said, “The shooting for IB 71 has begun in full swing. We're all pumped about bringing its story to the audience in a way that celebrates the unsung heroes of India. Here's a film that is about to redefine what it means to be a hero. I'm happy that we're off to a great start.”

Bhushan Kumar, Chairman and Managing Director, T-Series, said, “We kick off 2022 with renewed enthusiasm and respect for our intelligence officers, who protect us without wanting credit for it. We hope to honor them with IB 71. I take immense pride in backing a film being conceptualized on such a large-hearted story.”

Shibasish Sarkar, the producer, said, “We're excited to have IB 71 hit the floors. It's a film about heroes and not all heroes are celebrated publicly. We hope to tell this story in a novel way and give the audience a glimpse into the part of Indian history that inspired it.”