Sonu’s relentless humanitarian work during the Covid-19 crisis left millions across the country impressed, inspired, and grateful. Owing to his selfless service during 2021, many took to Twitter to express their gratitude towards the actor. He was followed by Akshay Kumar, Salman Khan, Shah Rukh Khan and Amitabh Bachchan bringing up the top five spots. 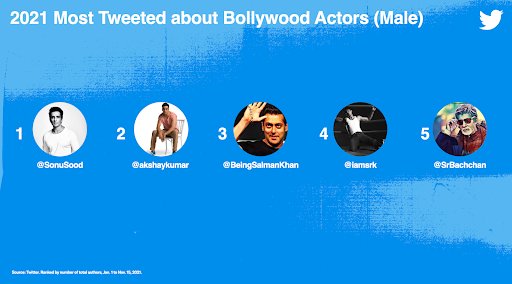 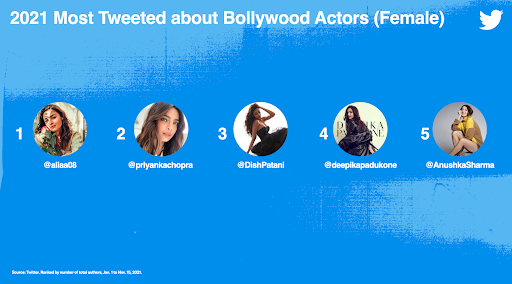 On the other hand, Alia dominated the social media platform thanks to her impressive line-up of films from Brahmastra to RRR to Gangubai Kathiawadi and Jee Le Zara. She was closely followed by Priyanka Chopra Jonas, Disha Patani, Deepika Padukone and Anushka Sharma.

The untimely demise of Sidharth Shukla made him the Most-Tweeted about Bigg Boss personality. His fans kept his memory alive by sharing his videos and photos. Sidharth was followed by Rubina Dilaik, Shehnaaz Gill, Rahul Vaidya and Jasmin Bhasin.