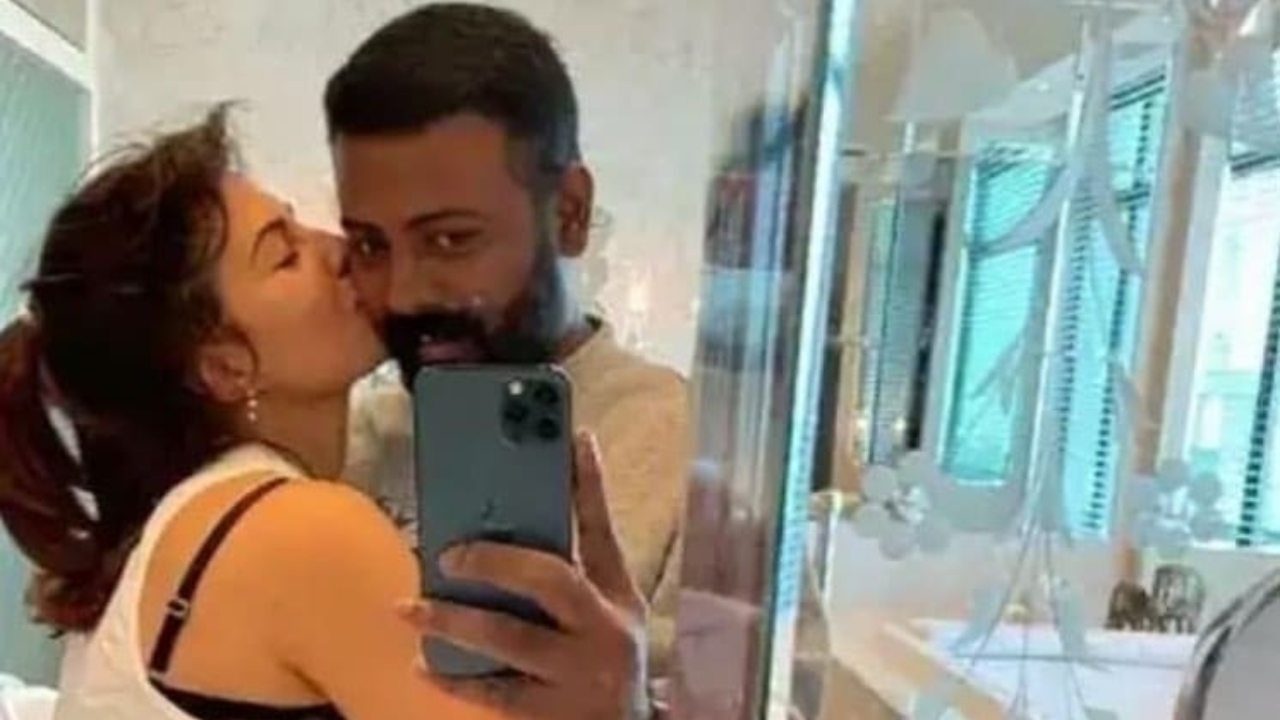 Jacqueline Fernandez is in news for rumours of dating jailed conman Sukesh Chandrasekhar. Though the actress's team clarified that the rumours hold no truth, a recent viral picture has a different story to tell. Netizens came across a loved-up throwback picture of Jacqueline and Sukesh which was apparently clicked in April-June when the latter was out on interim bail.

In the picture, Jacqueline can be seen planting a kiss on Sukesh's cheek and he captured the moment. Apart from the mirror selfie, another picture had surfaced on social media a few months ago. According to reports, Jacqueline and Sukesh met each other about 4 times in Chennai. It is being said that he arranged a private jet for her so that she could be with him.

Sukesh is currently serving a jail term for allegedly duping former Fortis Healthcare promoter Shivinder Mohan Singh's wife Aditi Singh of Rs 200 crores. On August 20, Jacqueline was questioned as a witness in the extortion case against the conman.

In October, Nora Fatehi was summoned to the Enforcement Directorate office in Mumbai to record her statement as a witness. Jacqueline was also called in for questioning again. Jacqueline's team then issued a statement dismissing rumours of the actress's relationship with the conman. A statement was issued and it read, "Jacqueline Fernandez is being called to testify as a witness by the ED. She has duly recorded her statements and in future will also be completely co-operating with the agency in the investigations. Jacqueline also categorically denies alleged slanderous statements made about relationship with the involved couple."