Signed for a feature film, not short: Kartik Aaryan reveals his initial reaction to Ram Madhvani's plan of wrapping Dhamaka in 10 days

Kartik Aaryan's Dhamaka has finally premiered on Netflix today. Directed by Ram Madhvani, the thriller also stars Amruta Subhash and Mrunal Thakur in key roles. Dhamaka went on floors in the middle of the COVID-19 pandemic and was wrapped in 10 days. Yes, just 10 days. Not just us, even Kartik was left surprised when the director informed him about the timeline of filming Dhamaka. During his appearance on The Kapil Sharma Show, Kartik revealed that he was shocked at first.

"Actually, sir (Ram Madhvani) told me about this later that this was his way of working. So in the ten-day shoot schedule, I did not know about the timeline. He told me later that he has divided the film into chapters like chapter 1, chapter 2, chapter 3, like that nine chapters have been divided and set, and within nine to ten days the shoot will be over. So I was shocked at first! I did not sign a short film to be shot in nine to ten days, I signed up for a feature film. So he said I shoot like this, and I’ll do this in the film and, because of that the thrilling experience is more profound," Kartik told. 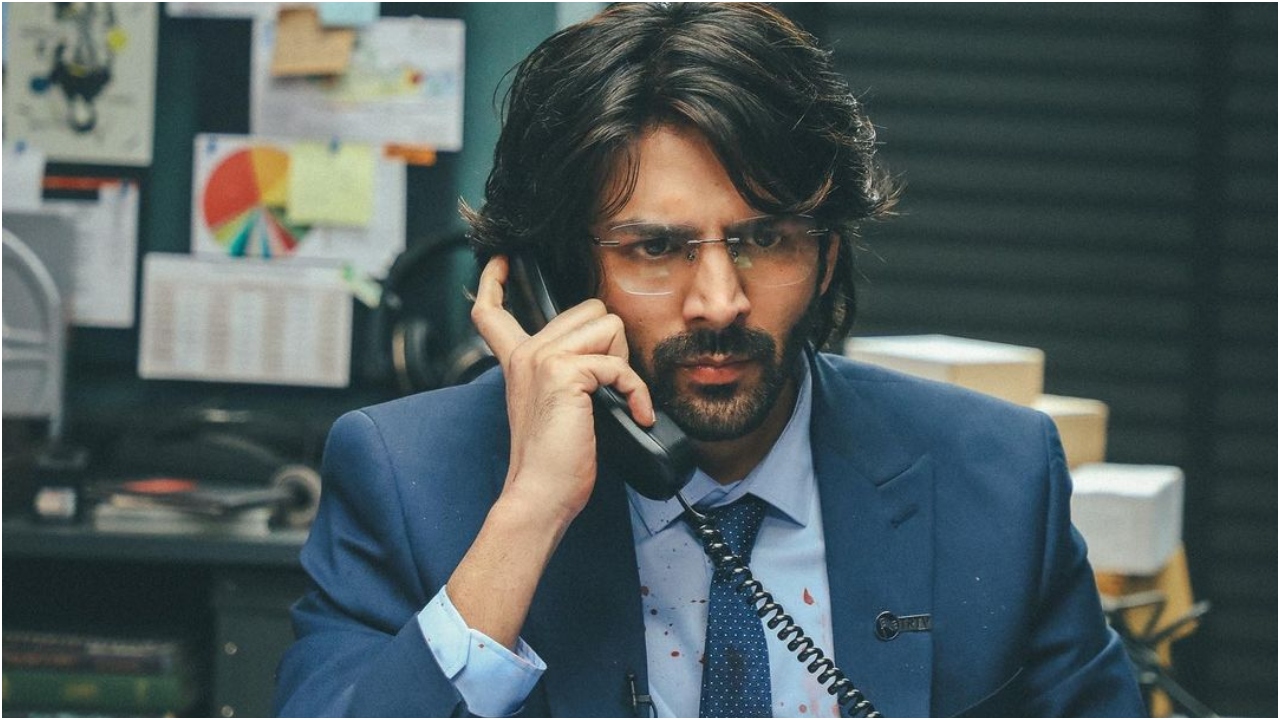 Talking about successfully completing the film in 10 days, Kartik added, "The credit for this goes to Ram Madhvani sir completely because of the way he films, it’s a unique way in itself. The films I have worked in, the films we have worked in usually, we have never been privy to this type of filmmaking."

Kartik plays the role of a news reporter named Arjun Pathak who receives information about a bomb blast at Bandra-Worli Sea Link in Mumbai. Mrunal plays his wife whereas Amruta is the head of a news channel.