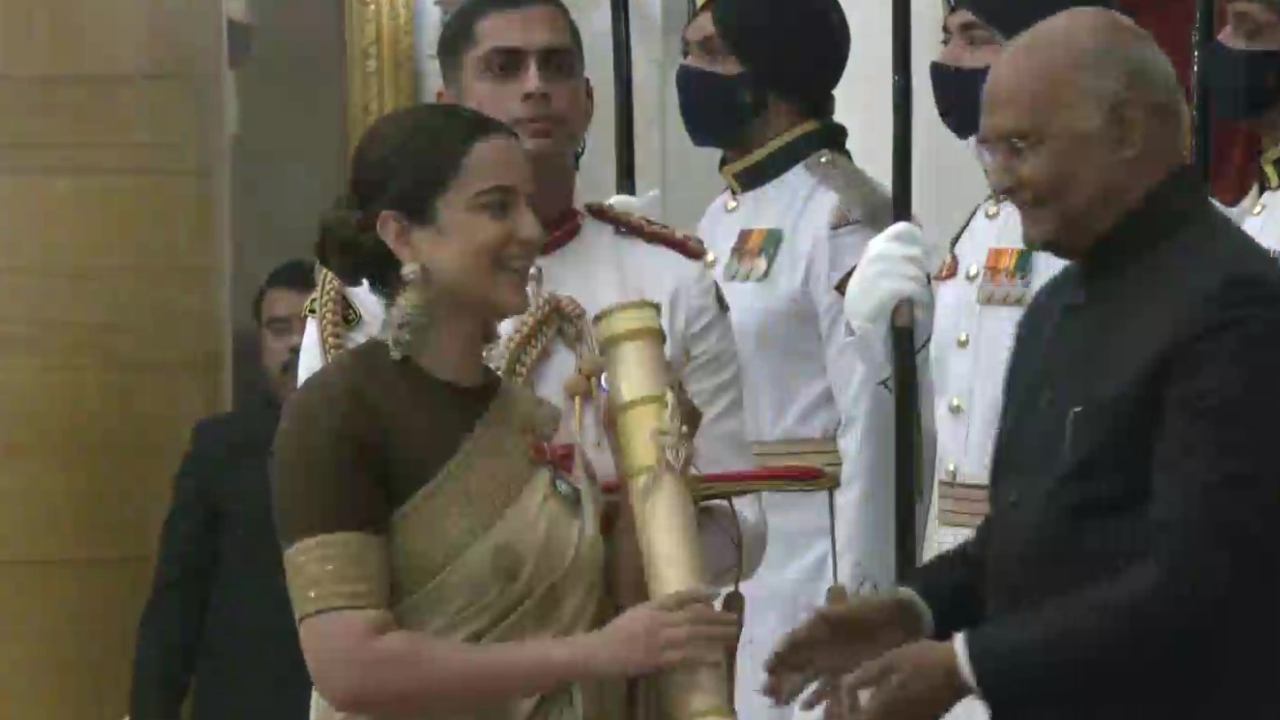 On Republic Day 2020, Karan Johar, Ekta Kapoor, Kangana Ranaut and Adnan Sami were conferred with the Padma Shri for their contribution to the field of performing arts. The fourth highest civilian award is awarded by the Government of India every year on January 26. Almost 2 years later, they were honoured at a ceremony held in Delhi today. The awards were presented by President Ram Nath Kovind at the Rashtrapati Bhavan.

To receive her Padma Shri award, Kangana wore a beige and golden saree. She was seen flashing a bright, happy smile on receiving her award from the President of India. Pictures from the ceremony were shared on ANI's Twitter account.

Kangana completed 15 years in Bollywood in 2021. Her debut film was Gangster in 2006. As she received her Padma Shri award, Kangana announced that her first film as a producer titled Tiku Weds Sheru has gone on floors.