October 31 is celebrated as Halloween across the globe. Anushka Sharma, who is currently in Dubai to accompany her husband Virat Kohli during the ongoing T20 cricket World Cup, celebrated Halloween with the families of the cricketers. Pictures and videos from the bash went viral on social media. The main highlights of the party were the children of the cricketers.

For the Halloween party, Anushka and Virat's daughter Vamika dressed up as a cute fairy and teamed her outfit with a unicorn hairband. In one of the images shared by Anushka on her Instagram stories, cricketer Ishan Kishan was seen with Hardik Pandya and Natasa Stankovic’s son Agastya. Vamika was seen sitting on the floor. 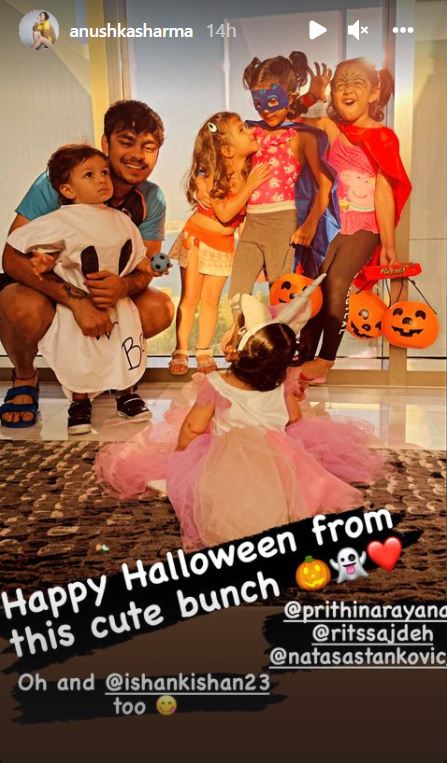 Anushka carried Vamika in her arms as she posed for a group picture with cricketers and their families. 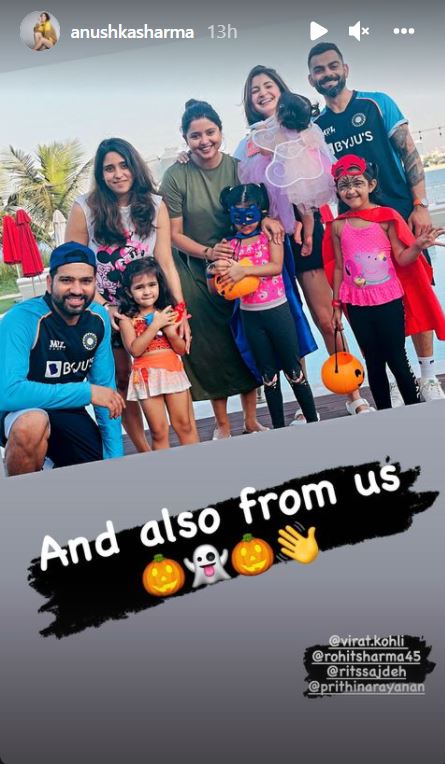 While Vamika was a fairy, Agastya turned a cute little ghost for the party. Natasa shared some pictures of her son on social media.

Prithi Narayanan, the wife of R Ashwin, was at the bash with their daughters Aadhya and Akhira. Rohit Sharma and Ritika Sajdeh's daughter Samaira joined the party too.