Advertisement
HomeBOLLYWOODENTERTAINMENT NEWSMatch 'Made In Heaven': Did Zoya Akhtar tie the knot with Sharic Sequeira? Her cryptic comment leaves us confused

Match 'Made In Heaven': Did Zoya Akhtar tie the knot with Sharic Sequeira? Her cryptic comment leaves us confused

Despite being a public figure, Zoya Akhtar has managed to keep her personal life guarded. While she continues to remain in news for her professional commitments, very little about her love life is known to her fans. Currently, Zoya is preparing Made In Heaven season 2 for the audience, it appears that she found her 'match' in Sharic Sequeira.

Recently, production designer Sally White shared an unseen picture of Zoya and Sharic. She wrote, "absolutely fabulous (sic)" In response to Sally's picture, Zoya wrote, "Just Married (sic)" Sharic shared the same picture on his Instagram stories and tagged Zoya. Does it mean Zoya and Sharic have officially tied the knot? Well, this picture has left everyone confused. 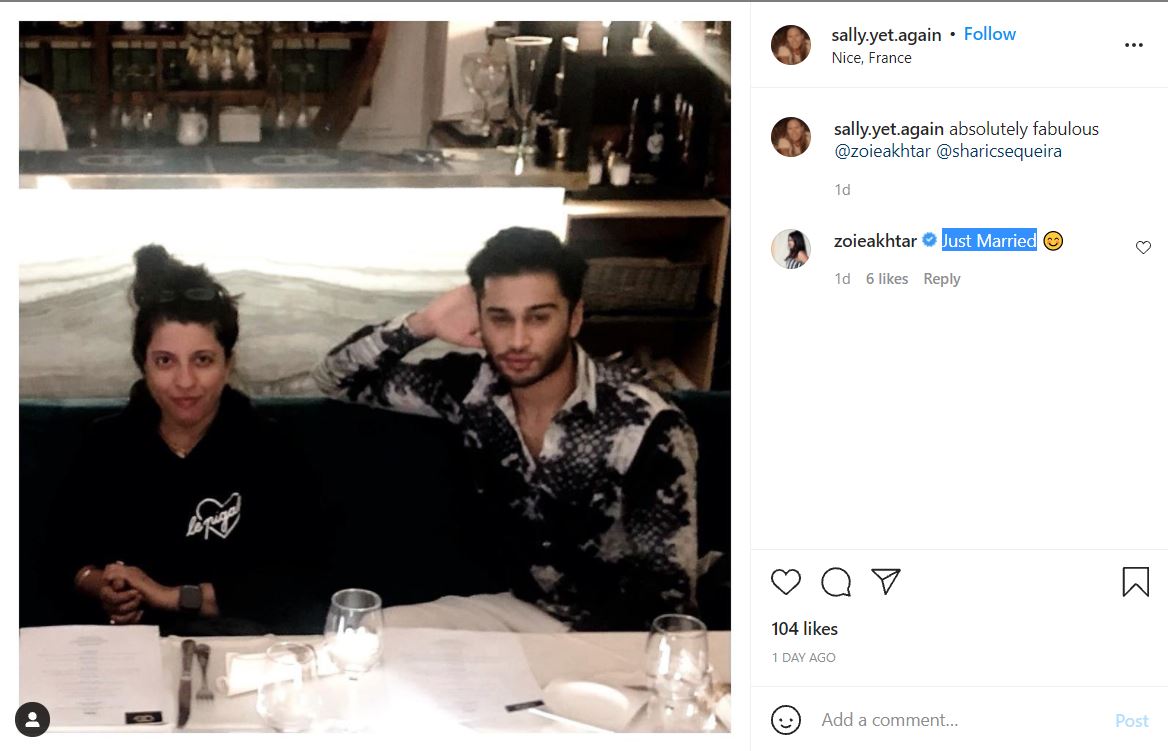 As per information available in the public domain, Sharic worked as an assistant director on Dear Zindagi (2016), Brothers (2015) and Student of the Year 2 (2019). Reportedly, he is working for Karan Johar's Dharma Productions as an Associate Director.

Zoya will be returning to the director's chair with Ananya Panday, Siddhant Chaturvedi and Adarsh Gourav's Kho Gaye Hum Kahan. She will be producing Salim Khan and Javed Akhtar’s documentary titled, Angry Young Men. Zoya is going to be doing the Hindi adaptation of the American popular teenage comic character Archie for Netflix. In 2022, her film titled Jee Le Zaraa will be going on floors. She will be writing and producing the film directed by her brother Farhan Akhtar.