The rumours of Vicky Kaushal’s and Katrina Kaif’s romance have been doing the rounds for quite some time now. On Friday, the actress joined Vicky for the screening of his latest release Sardar Udham and post watching the film showered praises on her rumoured beau. She called Vicky’s performance as ‘raw, honest, heartbreaking’. 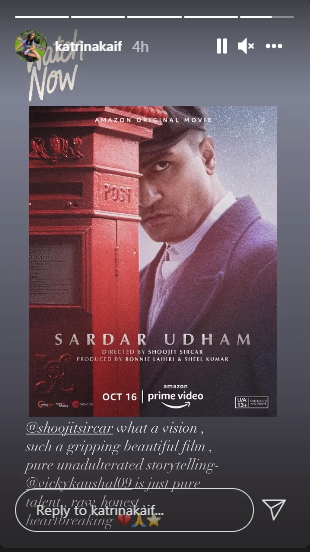 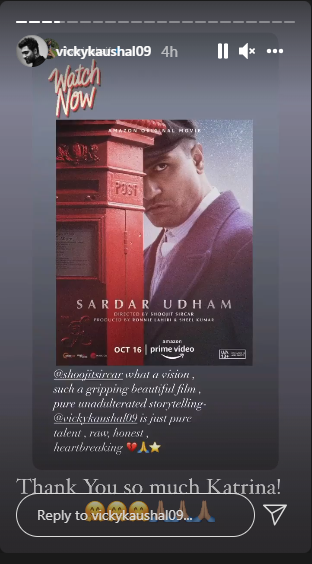 Vicky also expressed his gratitude towards her and wrote, “Thank you so much Katrina.”

The film is produced by Ronnie Lahiri and also stars Banita Sandhu and Amol Parashar. Sardar Udham is streaming on Amazon Prime Video.