Angad Bedi and Hina Khan have joined hands for a new project now. The two actors are seen in a new music video together titled Main Bhi Barbaad. The song released this morning and it showcases a never-seen-before avatar of both Hina and Angad. It shows the two actors in a totally different look. Main Bhi Barbaad is a love story but also shows shades of deceit, anger and revenge.

The 4 minute 56 seconds long song, opens with Angad's character beating up a man who betrayed him. Later, Hina's character joins him and kills him with a gun. Later, we get to know that the duo runs a drug cartel and the police are after them. The ending brings a twist as we get to know who betrays the other. The duo's steamy chemistry is unmissable in Main Bhi Barbaad. 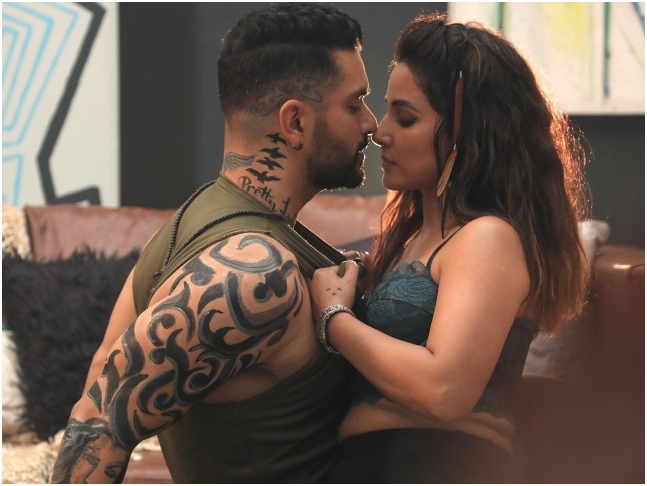 While the music is given by Gourov Dasgupta, it is sung by Yasser Desai. The lyrics of the song, written by Kunwar Juneja, are also soothing. Main Bhi Barbaad is directed by Aditya Datt.

Hina Khan was recently seen in the music video Baarish Ban Jaana alongside Shaheer Sheikh. The song, which was released on June 3, was a massive success. She is currently working on a new music video with him again.