Advertisement
HomeBOLLYWOODENTERTAINMENT NEWSLara Dutta impresses netizens with her transformation as PM Indira Gandhi in BellBottom, actress reveals how she bagged the role

On Tuesday evening, Akshay Kumar, Vaani Kapoor, Lara Dutta, and the makers of BellBottom headed to Delhi to launch the upcoming film. The trailer of BellBottom left viewers spellbound. But what caught everybody's attention was the character of Mrs Indira Gandhi, India's former Prime Minister. Many failed to guess who is playing Mrs Gandhi in BellBottom. It is none other than Lara Dutta. She made many jaws drop with her transformation.

Talking about transforming into Mrs Gandhi effortlessly, Lara, at the trailer launch event in Delhi, said, "If anyone is able to guess, then I will take all their family members free to the theatres." In the trailer, Lara can be seen in the initial portions. Sporting a streak of grey hair, Lara chose to wear sarees just like the former Prime Minister Of India. BellBottom is about a hijack situation that happened during Mrs Gandhi's tenure. 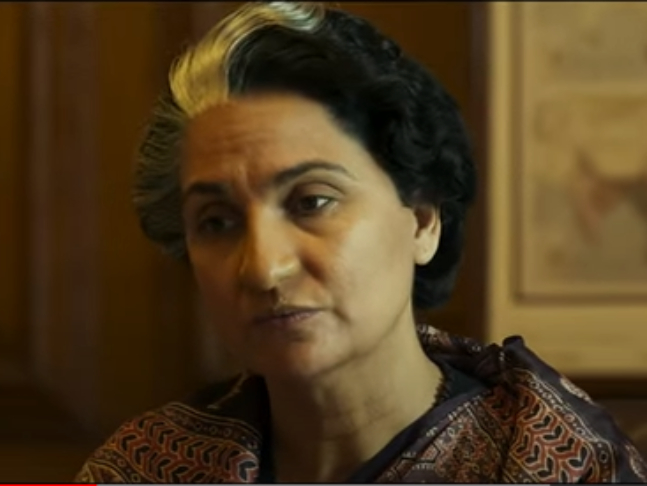 The actress added, "Okay, so you did see me in the trailer. I'm playing Mrs Indira Gandhi in the film. That's me. All it took was a call and they said that Lara this film is being made and we are casting for Indira Gandhi's role. That is all it took before I even heard the script. But yes, of course, there is a great responsibility when you're portraying somebody who is an iconic figure like her."

Lara further said, "As you all know that the film deals with a hijack situation that happened during her tenure. Given the dramatic events that were unfolding, she was somebody who was extremely centred and not really prone to any dramatics. So it was important to portray her in that form. I had a great time. There was a lot of homework and research that went behind it. But it was an opportunity of a lifetime that I'm thankful for."