Advertisement
HomeBOLLYWOODENTERTAINMENT NEWSRanveer Singh has a fanboy moment as he plays football with MS Dhoni, actor gives his 'bade bhai' a hug

Playing football in the monsoon is an unforgettable experience for regular players. Amid the pandemic, football matches in the city have reduced drastically. However, following all safety measures, Ranveer Singh stepped out for a game of football. During the local football match in the city, Ranveer had a fanboy moment as he met former Indian cricket team captain Mahendra Singh Dhoni.

Ranveer and Dhoni were seen bonding during the football match. The actor seemed to be excited while playing with the cricketer. What caught everyone's attention was their bromance on the football field. They were spotted hugging, laughing and thoroughly enjoying their Sunday.

Recommended Read: 'Can I go,' asks Taimur Ali Khan as paparazzi gather to click him while stepping out with father Saif Ali Khan and cousin Inaaya Naumi Kemmu 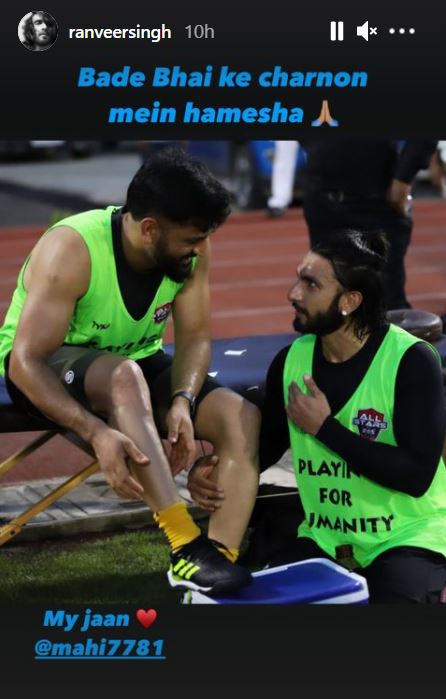 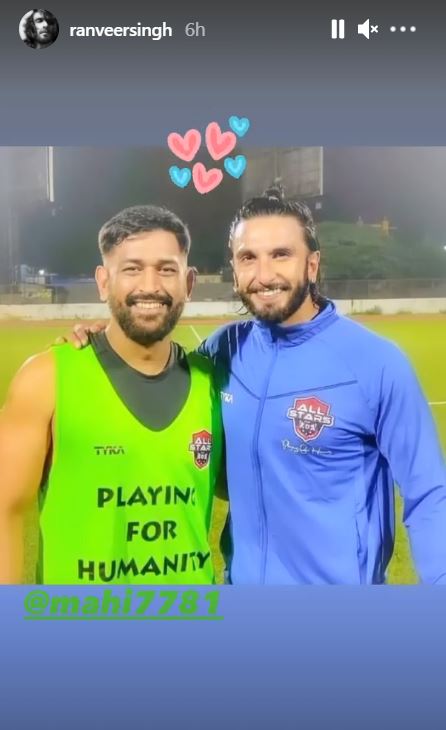 After Dhoni announced his retirement in 2020, Ranveer shared a throwback picture with him on Instagram and recalled an incident. He wrote, "This little gem of a photo is one of my prized possessions. It was taken around the year 2007/08 at ND Studio in Karjat. I was about 22 years old, working as an assistant director. I took up this particular job only because the ad film featured the one & only MS Dhoni. I was overworked and underpaid, but I didn’t care- I just wanted to be in His presence. I was even injured at the time, but I worked through the pain in the hope that as a reward for my sincere efforts, I would be granted a chance to briefly meet MSD and maybe get a photo with him. When I finally met him, I was completely awestruck. He was so humble, so down-to-earth, full of grace and exuded an unmistakable aura of kindness. My love, respect and reverence for him grew even stronger."