Sanjay Kapoor and Maheep Kapoor's daughter Shanaya Kapoor will be making her Bollywood debut in a film produced by Karan Johar's Dharma Productions. The yet-to-be-titled film is expected to be announced in the month of July. As the countdown begins, Shanaya's father Sanjay hosted a party for all their family friends. Manish Malhotra and Seema Khan were present at a dinner party hosted at the Kapoors residence.

In her first film, Shanaya is said to be paired opposite newbie Lakshya aka Laksh Lalwani. The young actor was also signed for Karan's Dostana 2, which is back to the drawing board after Kartik Aaryan's exit. Manish shared pictures with Shanaya and Lakshya on his Instagram stories. Shanaya was dressed in a beige outfit whereas Manish wore a black tee and a camouflage jacket. Lakshya was seen in a white tee. 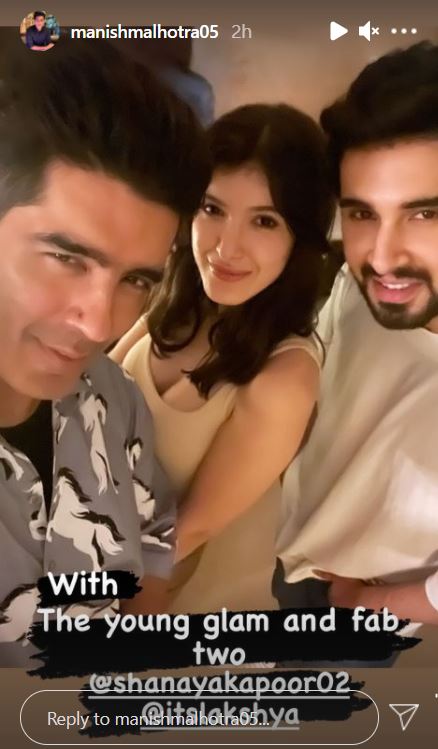 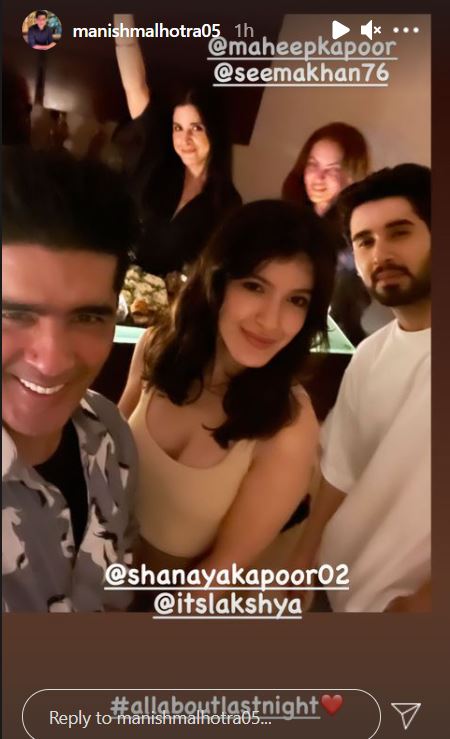 Shanaya and Lakshya's film will also star Gurfateh Pirzada in the lead. All three newcomers are being managed by Karan's Dharma Cornerstone Agency (DCA).

We can't wait for the film's announcement!