Actress Dia Mirza and her husband Vaibhav Rekhi welcomed a baby boy in May this year. However, they shared the news with the world today morning, two months after the baby's arrival. Dia shared an emotional post for her son, who they have named Avyaan Azaad Rekhi.

Dia's post received several congratulatory messages from her film industry colleagues and friends. "God bless you my darling and the little one … Stay safe and well…" wrote Kareena Kapoor Khan, who welcomed her second son, Jeh, with husband Saif Ali Khan earlier this year. Anushka Sharma, who became a mother for the first time, also this year, wrote, "Congratulations to you guys and love to the little one." Recommended Read: Dia Mirza and Vaibhav Rekhi blessed with a baby boy on May 14, couple names him Avyaan Azaad Rekhi 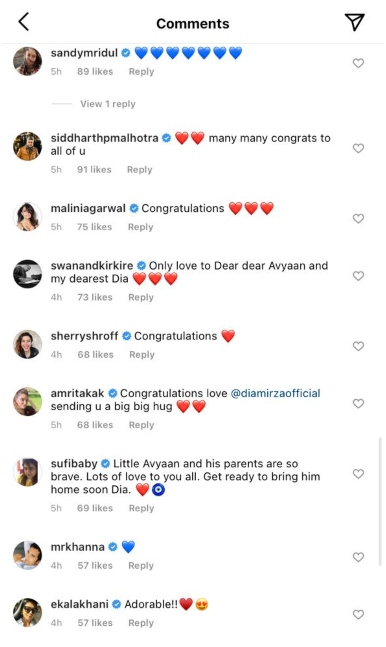 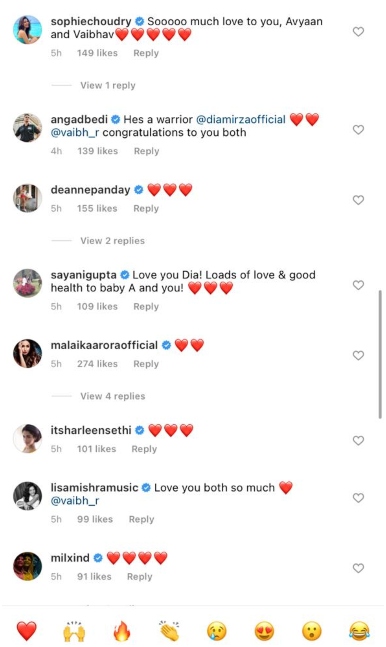 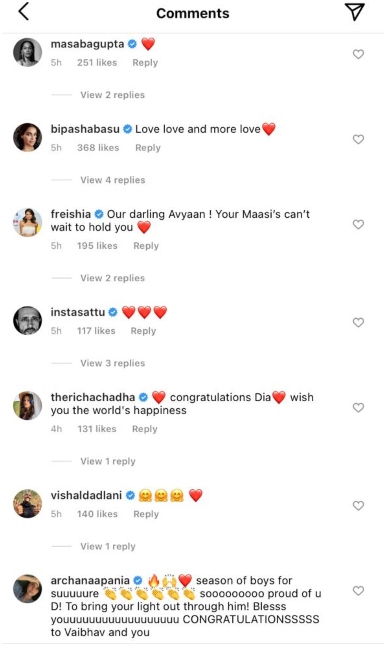 Dia married businessman Vaibhav Rekhi in a private ceremony in February this year. Dia was previously married to Sahil Sangha but the couple got divorced in 2019.