Advertisement
HomeBOLLYWOODENTERTAINMENT NEWSIshaan Khatter shares childhood picture of his 'lil elf' Ananya Panday, sparks off dating rumours by calling her his 'favourite person to do yoga with'

Ishaan Khatter shares childhood picture of his 'lil elf' Ananya Panday, sparks off dating rumours by calling her his 'favourite person to do yoga with' 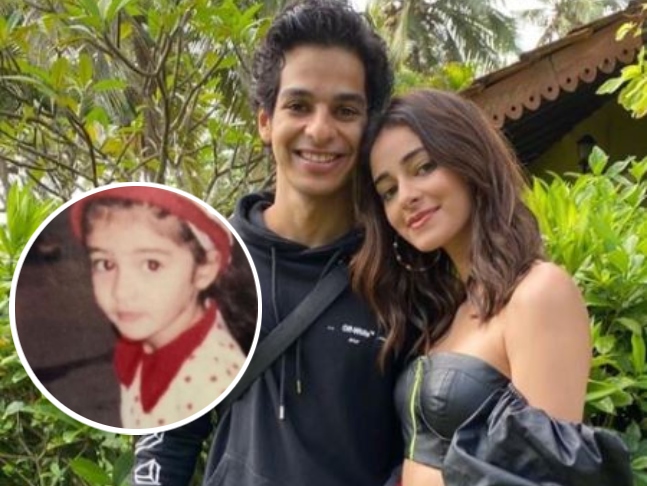 Ishaan Khatter and Ananya Panday's on-screen and off-screen chemistry has been witnessed by all their fans. Though they have just done one film together, Ishaan and Ananya have often made headlines for their pictures from vacations and parties. While reports claim that the two are dating each other, the young actors haven't accepted their relationship. On Monday, Ishaan hosted an AMA session on Instagram.

A fan asked him, "Who is ur favourite person to do yoga with?" Sharing the query on his Instagram stories, Ishaan dug out a childhood picture of Ananya and said, "This lil elf. Paid promotion by Ananya Panday." Ahem! This response from Ishaan has sparked off the rumour once again that the Khaali Peeli actors are more than just friends. 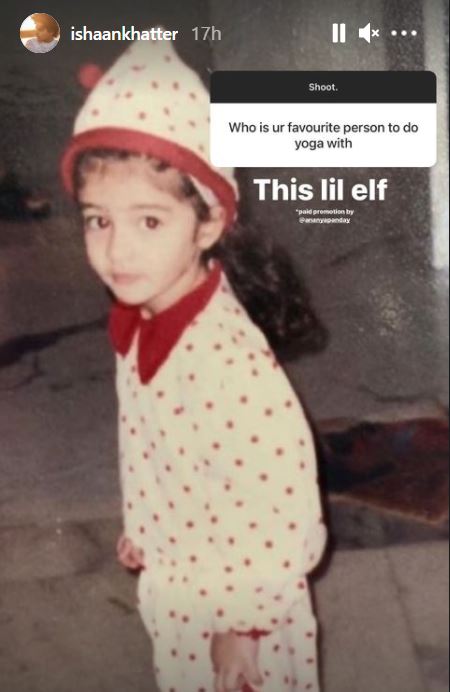 Recommended Read: Shahid Kapoor and Ishaan Khatter make it to Mira Rajput’s ‘Dream Team’, no place for anyone else beyond family

Ishaan and Ananya's relationship rumours surfaced when they were shooting for Khaali Peeli, which is their first film together. After that, the actors were seen attending awards shows, dinners, parties etc together. The buzz strengthened when Ananya and Ishaan went to the Maldives to ring in New Year together.