Khushi Kapoor is the new internet sensation. The daughter of late Sridevi and Boney Kapoor, Khushi is a budding fashionista and a makeup junkie who leaves fans amazed with her stunning Instagram pictures. Just like her elder sister, Janhvi Kapoor, Khushi wants to enter Bollywood and is reportedly preparing for it. The 20-year-old film student studying in New York is back in Mumbai with her family amid the COVID-19 pandemic.

Now, after sharing hot pictures in a purple bikini, Khushi set the internet on fire by channelling her inner Ariana Grande. On Instagram, Khushi shared a picture and it seems it is from a yet-to-be-released photoshoot. Taking inspiration from Ariana, Khushi went for high-ponytail that is synonymous with the pop star. Khushi switched on to caramel brown contact lenses and went for pink eye makeup.

Amitabh Bachchan's granddaughter Navya Naveli Nanda commented, "Can you send me the " Another user wrote, "Raising the bar every time ♥" A follower of Khushi said, "omg luvrrr so stunning (sic)"

Make-up artist Sonam Chandna Sagar shared interesting BTS picture and video from Khushi's photoshoot on her Instagram stories. Sharing a boomerang video, she wrote, "Pretty mesmerised by how the highlighter moves on those cheekbones. Also, I may never get over these fluffy brows and eyelashes." 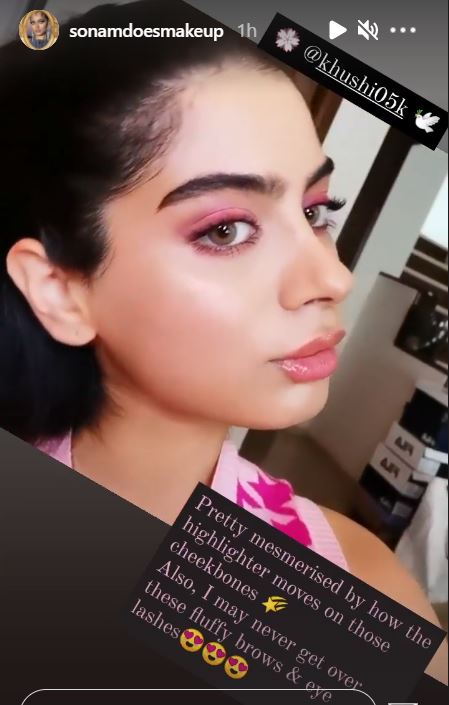 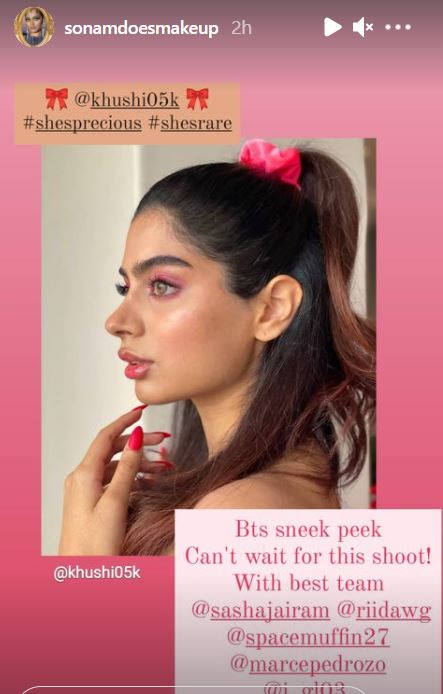 Producer Boney confirmed in January this year that Khushi will be making her Bollywood debut soon. He added that he won't be launching her in any of his films. Boney said, "I have the resources, but I would rather have someone else launch her because I am her father and one tends to get indulgent. You can’t afford to do that as a filmmaker and nor is it good for the actor. Anil (brother Anil Kapoor) was still an established actor, so it didn’t affect him much, but I think I became an indulgent brother with Sanjay (Sanjay Kapoor) when he made his entry into films."