Sara Ali Khan, who made a smashing debut with Abhishek Kapoor's Kedarnath, has spoken about how she likes to be guided on a film set as she is 'not a trained actor'. The actress, who recently wrapped the shoot of Aanand L Rai's Atrangi Re, which also stars Dhanush and Akshay Kumar, was all praise for the filmmaker.

“After 'Kedarnath' [2018], which was my first film, Atrangi Re has been the most exciting project for me in terms of performance,” said Sara.

She continued, “Aanandji is the most compassionate and loving human being I have ever come across. On his sets, it is his emotions, purity and vulnerability that drive him. He tries to extract that from his performers as well. I’m not a trained actor, so I go by my conviction and the director’s vision. It’s important for me to be guided because I can go off-track. It’s important for a director to tell me, ‘Sara, yeh zyada ho gaya, thoda kam karo.’ He has done that beautifully for me." 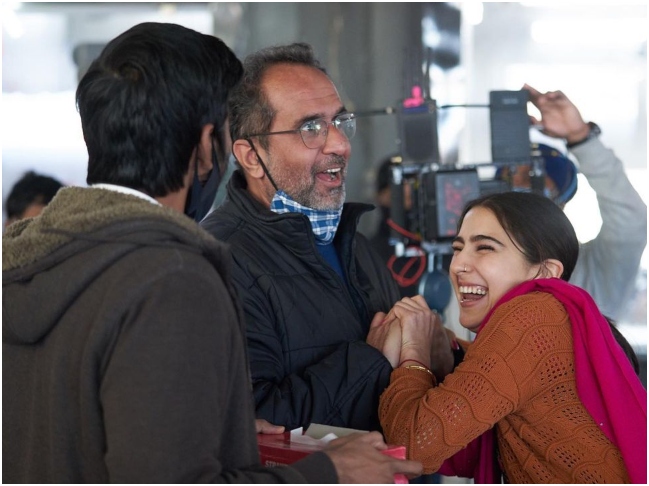 Sara, whose last release Coolie No. 1 received backlash from the audience and critics, talked about the response and said, “Every time I told Varun that somebody [panned it] on Twitter, he would say, ‘We don’t have a box office to decide for us. The only thing we know is that it was the most-viewed film for a long time.’ A movie like 'Coolie No 1' needs a multiplex opening; it isn’t the kind of film that I can let Twitterati judge. My [idea] of success or failure is how much I can submit to my director’s vision. If the audience hasn’t taken to the genre, I take the blame, but I have done my work with complete honesty.”

Directed by Aanand L Rai, AtrangiRe  is presented by Bhushan Kumar's T-Series, Colour Yellow Productions and Cape of Good Films. The film is written by Himanshu Sharma. Music maestro AR Rahman has composed the album for the film with songs penned by Irshad Kamil.