Advertisement
HomeBOLLYWOODENTERTAINMENT NEWSIf the child is born with dark skin, you can just say it’s mine: When Satish Kaushik offered to marry Neena Gupta after she got pregnant out of wedlock

Veteran actress Neena Gupta, who recently published her autobiography Sach Kahun Toh, has made several revelations in the same. Neena has revealed that her actor and filmmaker friend Satish Kaushik had offered to marry her when she was pregnant with cricketer Vivian Richards’ child out of wedlock. While the actress has raised her daughter Masaba single-handedly without her father around, she recently revealed that Satish had offered to marry her.

According to a review of Sach Kahun Toh, when Neena was pregnant with Masaba, Satish came up with a proposition. He told her, “Don’t worry, if the child is born with dark skin, you can just say it’s mine and we’ll get married. Nobody will suspect a thing.” 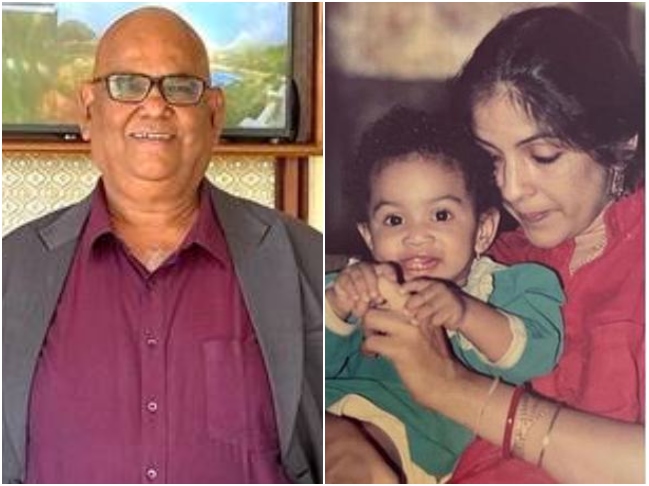 Recommended Read: Neena Gupta reveals her ex dumped her days before their wedding, talks about being 'all alone' in her prime years

Earlier, in an interview, Neena talked about having to ‘suffer a lot’ professionally because of the image that was created of her. Elaborating about it, she had said, “Well that of a bold, strong woman who does things according to what she wants to do. And a strong woman means a negative woman in our films. I used to get all negative roles like a dominating woman in the household but I told them that I want a bechari woman role.”