The dynamic trio Badshah, Jacqueline Fernandez and Aastha Gill, who have collaborated with each other for many chartbusters, is back again with their latest music video, Paani Paani. The Saregama original track, which released today, has a scorcher of a music video set in the beautifully rustic city of Jaisalmer, featuring some crackling chemistry between Jacqueline and Badshah. The peppy track has been written and composed by Badshah and sung by both Badshah and Aastha Gill.

Badshah has always experimented with new sounds and celebrating the varied landscape of India and its deep-rooted folk cultures and dances which face the fear of being forgotten from popular culture. With Paani Paani, Badshah refreshes the soundscape with the romance of the strings of the Rajasthani Rawanhatta and the Kalbeliya Folk Dance. 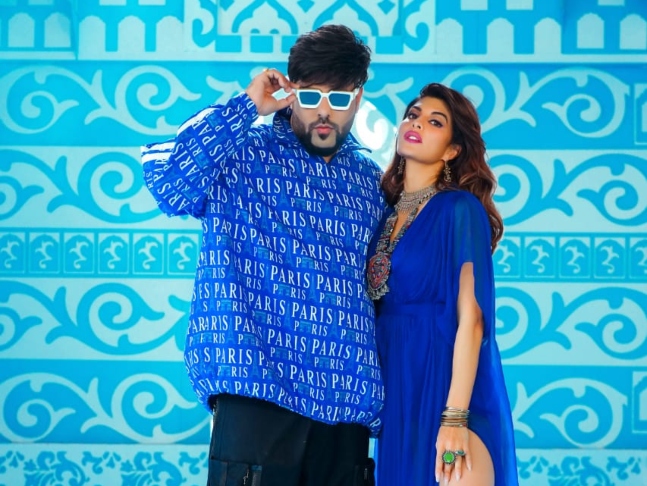 Badshah and Jacqueline had teamed up for the song titled Genda Phool which was a chartbuster.