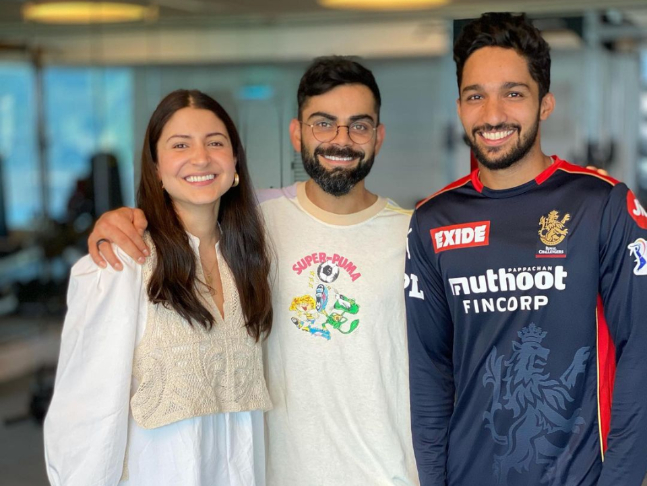 Taking to Instagram today, Azharuddeen shared a post featuring himself, Virat and Anushka in one frame. Although he did not caption the image but he used a dizzy emoji showcasing his fanboy moment.

The post was liked by several celebs and fans as well. Actor Roshan Basheer wrote, "wow"and bodybuilder Chitharesh Natesan dropped a fire emoji. Meanwhile, one fan wrote, "Hoping to see you in the Playing XI soon." Another wrote, "Mine Favourites in One Frame."

In an earlier interview, Azharuddeen had lauded Virat and told a leading daily that it was dream come true for him to play alongside the latter in RCB and that too under his captainship. He had said, “It is an amazing feeling. RCB is my favourite team. Playing under Virat bhai will be special for me. Virat Bhai is like an icon for me in cricket. It's a dream come true to play under his captaincy. It still feels like a dream. I am so excited to share the dressing room with him, take some batting tips and fitness lessons."