Advertisement
HomeBOLLYWOODENTERTAINMENT NEWSVijay Varma reveals that he bagged Darlings through Alia Bhatt, says ‘got introduced to the project through her’ 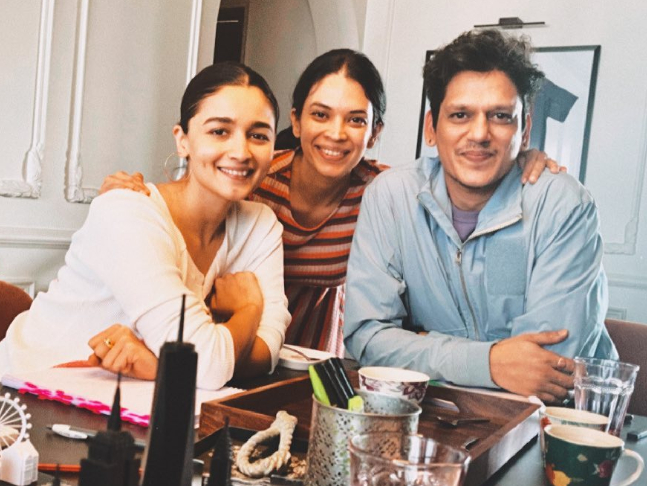 Vijay Varma has really come a long way since his successful outing in Gully Boy. From having worked with Alia Bhatt in the critically acclaimed film to starring opposite her in their upcoming film Darlings, Vijay has had quite an interesting trajectory in Bollywood. Vijay had earlier opened up on how it was Alia who was the one to recommend Vijay's name for Darlings as she was left quite impressed by Vijay's performance in Gully Boy.

Talking about Darlings in an interview with a leading newspaper, Vijay shares, "The project came to me last year during the lockdown. I heard from Alia's manager that they have a script, and they wanted me to look into it. I found it fascinating. Honestly, I am thankful to Alia as I got introduced to the project through her." He further adds, "It is a dark comedy, and I am excited to be a part of the genre. It feels surreal to be associated with Shah Rukh Khan for this project. I absolutely admire Alia as an actor. She is phenomenal. Being able to do a film with her of such a nature will be quite interesting."

Darlings is a dark comedy produced by Shahrukh Khan's Red Chillies. The film will mark his first foray into the genre and also a new pairing of him opposite Alia Bhatt. The actor has given many diverse performance and is all set to deliver some more.

In his latest release, Ok Computer, Vijay Varma was unanimously loved and appreciated by the audiences and critics which saw him in his first ever comedy and cop role. He also has Fallen with Sonakshi Sinha and Hurdang with Nushrratt Bharuccha and Sunny Kaushal in the pipeline besides Darlings next.